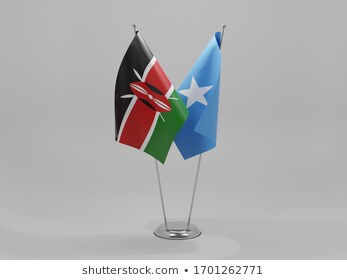 The failure of Kenya and Somalia to find a solution to the crisis in relations between the two countries risks further foreign intervention and possible military escalation, writes Mostafa Ahmady 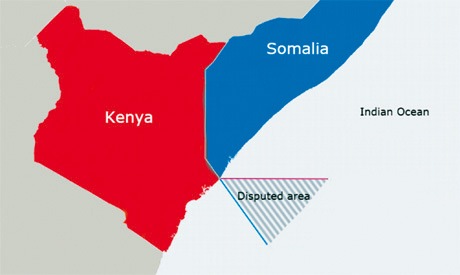 The crisis engulfing two influential countries in the Horn of Africa is in danger of turning into an avalanche, threatening an already fragile security situation in the region.

Somalia and Kenya have been engaging in a row for almost two years now since differences between the two countries peaked when they both claimed ownership of huge offshore gas deposits in disputed territories of the Indian Ocean.

As early as 2019, Somalia presented a map of the area at an international conference in London with a view to exploring for oil and gas fields off its coast and identifying blocks for future bidders. The step enraged Kenya, which recalled its ambassador from Mogadishu, Somalia’s restive capital.

While things later seemed on the cusp of getting back to normal, beneath the surface they were not, and Somalia expelled the Kenyan ambassador in Mogadishu last November and recalled its ambassador from the Kenyan capital Nairobi. It also levelled charges against Kenya, claiming that it had been undermining Somalia’s sovereignty through “interfering with the electoral process in Jubbaland,” an autonomous region that borders Kenya and that contains the port of Kismayo, once administered by the Al-Shabab terrorist group.

In March this year, Kenya announced that it would open a consulate in Somaliland, a self-declared nation that controls both Hargeisa, a significant trading hub in the region, and the port of Berbera, which is now getting off the ground and represents a challenge and a competitor to another Horn of Africa country, Djibouti.

Somalia sees Kenya’s support for these “break-away” regions as infringements of its sovereignty, particularly as these two regions, and mainly Somaliland, are aspiring for a more influential regional role that could undermine that of Somalia itself.

Al-Shabab, though still active in Somalia, has lost much of its influence in the country, thanks mainly to an early Kenyan military intervention within the framework of the African Union Mission in Somalia (AMISOM) that managed to recapture Kismayo some eight years ago.

The current row is as old as Kenya’s refusal to withdraw its troops from Somalia after peace was relatively restored in the country in 2015, citing issues of “national security” and the threats posed by Al-Shabab against Kenyan military outposts. Kenyan officials said they needed to maintain a “heavy” presence in Somalia even after AMISOM had finished its job, which in turn was seen by Somali officials as a sort of “occupation” of the area.

In October 2020, Kenyan President Uhuru Kenyatta refused to set a deadline for the withdrawal of his troops from Somalia. Al-Shabab is still attacking Kenyan military and civilian targets, banking on the support of Somali recruits based in Kenya. Kenya is home to some quarter of a million Somali refugees in the Dadaab Refugee Camp, one of the largest in the world, and Eastleigh, known as “Little Somalia,” in Nairobi.

Al-Shabab, for many years in control of Somalia, along with other extremist groups have struck a chord among some Somalis, who have come to believe that troops affiliated with the African Union (AU) mission were in effect “crusaders” in the region. This narrative has stonewalled African efforts to deracinate terrorist and extremist groups in the country, particularly as millions of Somalis have, unfortunately, embraced radical views as part of their version of the Islamic faith.

Lacking essential teachings by moderate Muslim institutions, particularly Al-Azhar in Cairo, some Somalis have embraced a strict version of Islam that has been seen by many as one reason behind the slowing down of progress in the battle against extremists in the country. Al-Shabab’s capability to recruit militants has exploited such support among the Somali public, and some Somali girls aged seven or younger have been seen wearing the Islamic headscarf or hijab even though it should not be worn at that age even among girls who choose to do so.

The terrorist group has also succeeded in getting some Somali teenagers to carry guns, instilling in their minds that they are the real champions of Islam.

The Kenya-Somalia dispute is a major threat to stability in the Horn of Africa, particularly as both countries control major ports crucial to the movement of goods and peoples among many landlocked countries in the region. Kenya is East Africa’s biggest economy, and it has sustained huge losses as a result of its military intervention to restore order in its eastern neighbour. The latter has almost ceased to be a real nation since the US military intervention there in the 1990s, seen at the time by some as a means of enforcing American-style democracy and an “indecent” style of life and regrettably leading to the rise of extremist groups that saw each and every foreign intervention as a means of “washing away” Islamic faith in the region.

Meanwhile, the AU looks unable to provide “African solutions for African problems,” the catchy slogan usually included in its press statements, while other crises across Africa, including the Grand Ethiopian Renaissance Dam in Ethiopia and the rising terrorist influence in Mozambique, have made many Africans distrust the organisation’s ability to deal firmly with them.

There is thus a crying need for the AU under the upcoming presidency of the Democratic Republic of Congo to change its tune and to engage key regional powers such as Egypt in finding ways to restore normal ties between Somalia and Kenya, particularly as Somalia is a member of the Cairo-headquartered Arab League and Kenya’s military presence in Somalia will be instrumental in quelling any attempt at a comeback by Al-Shabab and its affiliates.

In effect, with the departure of US troops from Somalia after outgoing US president Donald Trump ordered them out of the country, this serious threat should be met with appropriate responses from the region.

The possible comeback of Al-Shabab and other terrorist groups is a direct threat to countries in the region. No one should ignore the fact that acts of piracy by such groups off the coast of Somalia have disrupted trade and severely afflicted businesses not only in Africa but also in the wider world, including trade going through Egypt’s Suez Canal. Stability in the region should not be jeopardised as a result of tension between Kenya and Somalia. Should the AU, thus far ineffective under South Africa’s chairmanship, be unable to contain the differences between the two countries, other African powers need to step in and take the initiative in order to find a made-in-Africa solution to the crisis.

The cost of the African countries’ failure to find homegrown solutions to the crises they are experiencing means that other non-African powers, with Turkey as an example because of its rising leverage in Somalia, will likely take such disputes to another level. In the case of the Horn of Africa crisis, this could see a military escalation in which the peoples of the region would be the losers.

The writer is a former press and information officer in Ethiopia and an expert on African affairs.

Concern as Somali Ministry of Health Collapses Amid Corruption Allegations