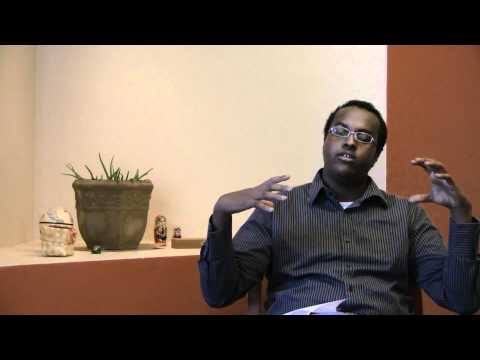 Mustafa Jumale, a prominent figure in Minnesota organizing, politics, and public policy, has been named political director for Voice for Refuge Action Fund, a new national advocacy group based in New York.

Voice for Refuge launched last month and bills itself as the first nationwide social welfare organization created to advocate exclusively for refugees. That mission includes pushing for pro-refugee policies in all levels of government, encouraging more civic participation from refugees, and educating the public about why refugee resettlement is a public good.

For Mustafa, the job will take his previous efforts to what he describes as the next level: politics. This includes endorsing candidates at all levels, pushing back against candidates deemed anti-refugee, and assisting refugees and former refugees to run for political office.

“To me, it’s personal and very important work,” said Mustafa, a former refugee himself. “We’ll be able to create a seat at the table for refugees: to advocate for themselves and to lead the policies, and to create a more humane and just resettlement program in our country.”

Mustafa, 30, currently lives in Minneapolis and most recently worked as a policy manager for the Black Alliance for Just Immigration.

Policy-wise, Mustafa said he will be focusing in his new role on countering the immigration policies of the past four years under the administration of Donald J. Trump. Under Trump, he said, refugee resettlement took an enormous step backward. Trump recently capped the number of refugees settling in the U.S. for this year at 18,000 people—an 80 percent decline compared to 2016, President Barack Obama’s last year in office.

From Somalia, to California, to Mankato

Mustafa has deep experience in these issues. He came to the U.S. at age of three from Somalia. He spent his early years in California before moving to Minnesota in 1999.

Unlike most Somalis in Minnesota who settled in the Twin Cities during that time, Mustafa’s family moved to Mankato. There, they found a home through a Section 8 housing voucher, Mustafa last year told the Minneapolis Interview Project, an oral history series.

The family would later move to Eden Prairie. Mustafa attended the University of Minnesota for college, receiving his degree in sociology, and later won a fellowship at the Humphrey School of Public Affairs.

Want more? Get news that illuminates the lives and experiences of Minnesota’s immigrants and communities of color.

After school, Mustafa started working on immigration issues and got involved in electoral politics. In 2012, he took up the task of organizing the East African community for the state Democratic-Farmer-Labor Party.

Working for the DFL wasn’t a good experience, Mustafa told the Minneapolis Interview Project. “We got no guidance or resources from the party,” he said. “We were struggling just to find phones to call voters—basic campaign needs that they didn’t provide unless we called them out on it. Still, they were always happy to have us for a photo-op.”

But along the way, he found a calling in working on public policy. Mustafa served as a policy staffer in then-Congressman Keith Ellison’s office from 2013 to 2016. He worked on issues like opposing the Countering Violent Extremism program, a controversial Obama administration counterterrorism strategy that some civil rights groups said profiles and surveils exclusively Muslims.

During the Trump era, Mustafa co-founded Black Immigrant Collective, an advocacy group that emerged to fight Trump’s 2017 travel ban on Muslim-majority foreign countries. One of its first efforts was a public meeting with then-State Representative Ilhan Omar to spread information to the community about the ban, which included Somalia.

Earlier this year, Mustafa worked with Ilhan’s office to extend the Temporary Protected Status program for 500 affected Somalis by another 18 months.

Mustafa started the new position recently and will stay based in Minnesota, though he envisions traveling often to Washington, D.C., as part of the job. Given Minnesota’s history of resettling refugees—and the retreat from that tradition under Trump—Mustafa said he expects the state to take a central role in his upcoming work. 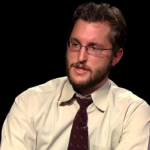