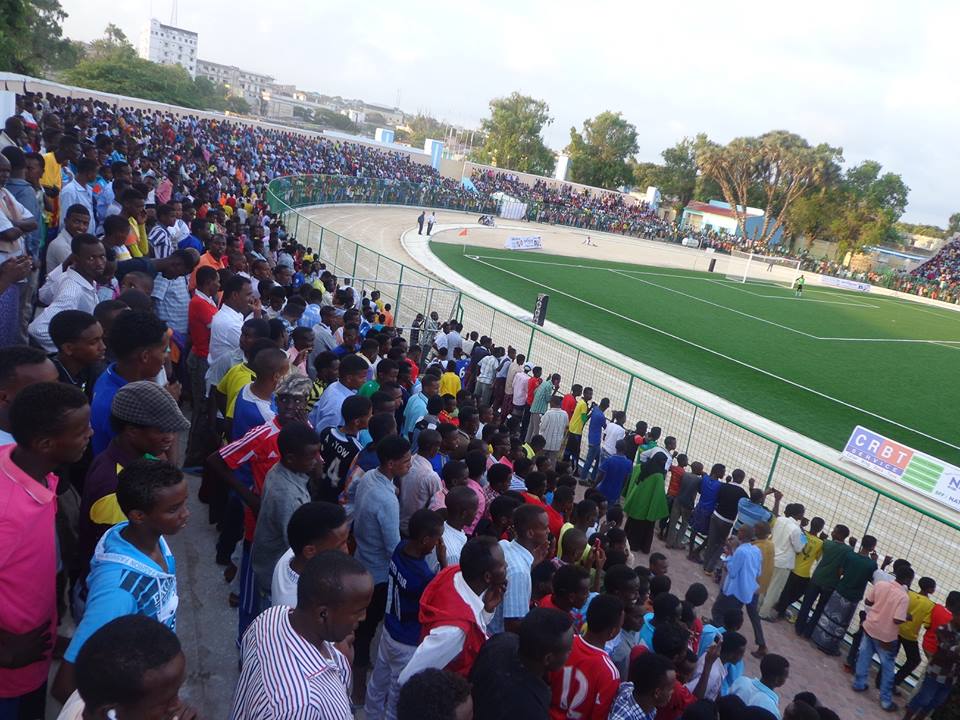 Mogadishu stadium has taken another step forward with the return of competitive football after 16 years, during most of which time it was used as a military camp.

The national stadium, and very much a symbol for the return of football in country, is hosting the Somali Domestic Youth Football League with many players participating who were born in the years it was occupied by military forces. 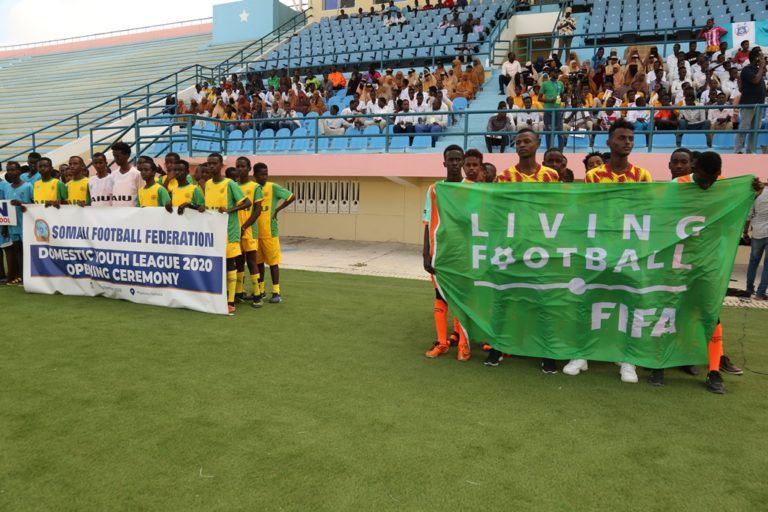 “We are not only teaching these children football, but we are also teaching them the meaningfulness of patriotism and that is why we have invited the musical band and the national anthem was beaten there,” said Somali Football Federation president, Abdiqani Said Arab (pictured above).

In June Stadium Mogadishu staged an inaugural opening game in the facility that had been redeveloped to return it to football use. Mogadishu City Club and Horseed Sports Club – leading clubs in the Somali Premier League – played in what was called the One-Day Cup that marked the re-launch of the ground.

Built in 1977, Stadium Mogadishu is in many ways a reflection of the unrest and chaos that has frequently engulfed Somalia. The stadium was closed in 1991 when civil war broke out and from 1993 to 1995, the stadium housed US troops and then Pakistani military who were part of the unsuccessful UN peace keeping mission in Somalia.

Reopened at the end of 1995, Stadium Mogadishu was closed again in 2004. From 2007-2009, the stadium was the main base for Ethiopian troops who entered the country to help the Somali government defeat the once powerful Islamic Courts Unions, but by the end of January 2009, the national facility came into the hands of Al Shabaab who were based at the stadium until they were forced to flee the capital on 6 August 2011.

The stadium stayed in military use, as African Union Peace keepers in Somalia (AMISOM) took over and Al Shabaab vacated. Finally AMISOM left the stadium on 28 August 2018.