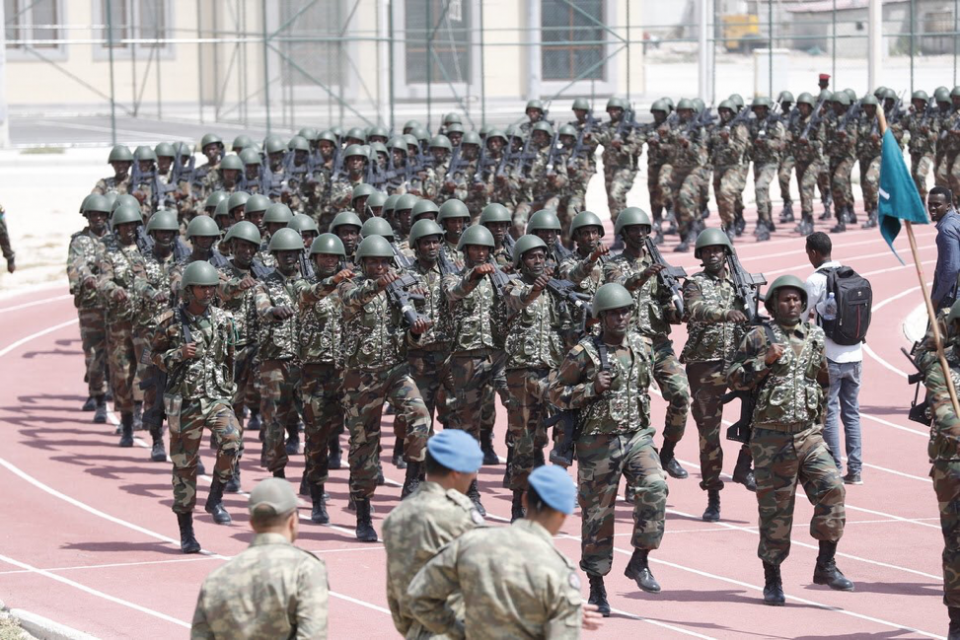 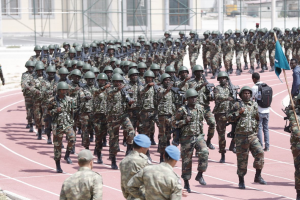 Two years ago, when the Operational Readiness Assessment was conducted, it was found that the Somali National Army (SNA) was ill-prepared to handle the nation’s security. The study revealed gloomy details which included huge number of the soldiers lacking weapons, and others were being loyal to other militia and warlords. All this while being in the government payroll.

These findings dealt a big blow to the SNA; America suspended its assistance to the members of the armed forces. This forced a decisive action to be taken, and the government later announced that they have since gotten rid of ghost workers. They also have registered all the SNA electronically, and said have improved their welfare. Now the government ensures officer is stationed and is in active duty at their respective units; an improvement on their infrastructural and combat capabilities has been looked into too and now deemed satisfactory.

The United States has since resumed some assistance to the SNA after nearly 18 months. The suspension of aid was over widespread corruption concerns. The USA said the decision was based on an internal reform made by the Federal Government of Somalia, the United States assessed that the Federal Government of Somalia and the SNA have undertaken significant efforts to improve accountability over donor resources.

Notably, the SNA has since started conducting operations on their own and liberating new towns. Their recent successes were liberation of Awdheegle in the Lower Shebelle region. Speaking of this success the head of AMISOM acknowledged that the success was another demonstration of the growth and increasing capabilities of the SNA and further proof that given the right conditions, they are capable of executing successful anti-terror operations and can take over security responsibility of their country. But is the Somali army ready to assume responsibility of security after AMISOM leaves?

In an effort to be successful, the Ahlu Sunna Wal Jama’a (ASWJ) group was integrated into the Somali Security Forces. In the new front, the government managed to get over the manpower resource and equipment of the group, a move that aimed at ensuring that is strong.

The SNA has been getting support from the Turkish government. Since the Turkish government established a $50m military training facility in Mogadishu able to train more than 1500 forces at a time, dozens of milestones have been achieved. The Somali forces even transformed from a mostly clan-based militia to a serious force that can steer the peaceful deal to great heights. This is an observation made by a former member of AMISOM who spoke on the condition of anonymity. He also appreciated that the stability of Somali was dependent on its people and very little to do with foreign intervention.

Today, students who have graduated from the Turkisom stopped using AAK 47, and are now equipped with the MPT-76, a 7.62mm NATO modular assault rifle. MPT-76 is Turkey’s first locally designed rifle capable of firing 7.62x51mm. But even with the advancement, it is hard to achieve the best. The international community has put embargo into the Somali government over purchase of heavy weapons. President Mohamed Abdullahi Mohamed and his predecessor, however, are appealing to the international community to lift the ban perhaps hoping for defeat of terror groups.

AMISOM may have pushed al-Shabaab away from Mogadishu but that is just one step – the fact that the forces are brought together from different nations, people abreast with security operations say that that can compromise unity. There is also the observation that AMISOM has failed to carry out the integral, non-military aspects of stabilizing Somalia. They have failed to ensure the country’s political elites have reconciled and have not led them to a workable national unity and security program.

On this, AMISOM remains stuck in a rut. On one hand is an enemy it cannot defeat by itself and on the other side of the divide, are Somalis (mostly politicians) trying to build an effective security force. It is high time that the (SNA) can be trusted more. After all, they were trained by AMISOM, and have been working together closely. After pushing al-Shabab away from a number of the major cities and stabilized the cities, it is only fair to enable them to keep up their work independently.

Ugandan president, Yoweri Kaguta Museveni, whose troops were the first in AMISOM gave a thumbs up and noted that Somalia can stand on its own despite a few bottlenecks. Museveni also urged that patriotic ideas be infused into the NSA to aid them champion unity and the need for solidarity for the sake of their country.

As the year 2020 and 2021 beacons, a political roadmap as well as a plan for implementation of a security roadmap, must be taken care of. It is hard to see how all that will be achieved but through collaboration with other countries, for example, the expected good results will come through.