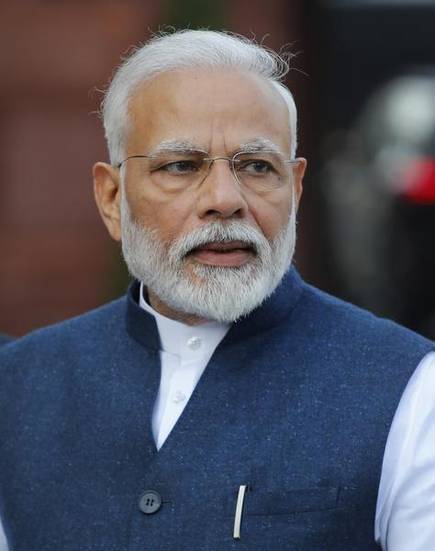 Jawaharlal Nehru began his historic “Tryst with Destiny” speech on August 15, 1947, heralding India’s independence, with an immortal line: “At the stroke of the midnight hour, when the world sleeps, India will awake to life and freedom.”

On September 4, 2020, at the stroke of the midnight hour, when its people were asleep, India stealthily overtook Brazil “to become the country with the second-highest number of coronavirus cases, as the virus continues to spread through the country of 1.3 billion at the fastest rate of anywhere in the world,” The Guardian reported.

It is a dubious tryst with destiny. The government refused to celebrate it – and rightly so. Instead, it contrived to celebrate over another happening, as Indian soldiers succeeded in occupying another hilltop in the Shenpao mountain region near the south bank of Pangong Tso (lake) in eastern Ladakh.

But the virus won’t give up. It is looking for much bigger epochal successes. Probably in another two or three weeks, it will chariot India to overtake the United States as the champion of the league to win the Covid-19 trophy.

Unsurprisingly, if in March Prime Minister Narendra Modi had exhorted the nation to celebrate impending success over the virus by clanging metal plates across the length and breadth of India, today he avoids the topic. Make no mistake, India is losing this momentous war under his captaincy.

The magnitude of such a crushing defeat is yet to sink in. We prefer not to think about it. Nonetheless, the virus is invidiously on the march across the subcontinent and is entering the inner cities and towns. Beyond, of course, lies the vast undefended countryside of the sprawling Indian hinterland, lying at its feet innocently to ravage.

Never in the tumultuous history of India was there an empire such as the one this virus hopes to establish – outshining the Mauryas, the Guptas, the Marathas, the Satavahanas, the Mughals and even Imperial Britain.

The last residual hope of a freedom struggle is also fading away, as there is no vaccine on the horizon that offers a panacea.

The makers of the “Oxford vaccine” at Pune candidly admitted to the British Broadcasting Corporation on the weekend that it will take anywhere up to five years to be confident about the effectiveness of their vaccine, which they are still manufacturing for commercial reasons.

Which means hundreds of thousands of Indian lives are hanging by a thread. Simply put, this pandemic is the “new normal” in our daily life, society and the nation – not the obscure happening on a remote ridge in Ladakh. The sooner we realize it, the better.

Do not let the ruling elites delude us. The virus is the compelling reality. The prime minister gave us a very seductive picture of the future. Maybe he didn’t know himself what the future held. At any rate, the expectation that an effective vaccine will be available in the next few months has turned out to be a dangerous distraction.

We were led to believe that if we Indians somehow muddle through the next few months until Holi or Baisakhi, then a vaccine will come along, which will be the solution, and life will return to normal and we will only have to worry about all those less urgent things.

So we have a situation today that leaps out of the Samuel Beckett play Waiting for Godot. This futile waiting like tramps on the wayside has reprioritized all those other things that we needed badly in life.

India’s politicians should have developed a creative approach rather than just waiting for the silver bullet. The draconian lockdown imposed by the PM with a few hours’ notice in March has turned out to be an extraordinarily blunt instrument – probably the bluntest that has ever been used in the history of public policy, perhaps, ever in the history of humankind.

And its collateral damage, as we know now, is enormous for the welfare of all of us Indians and for the economy.

Cold statistics about the gross domestic product or growth rate never tell the real story. The well-known economic commentator M K Venu wrote recently that the informal sector of the Indian economy has been decimated.

In a devastating critique, Venu wrote last week that a prolonged recession is in the cards due to a massive contraction in urban and semi-urban consumption. To quote Venu:

“Modi must also keep in mind that he has already made many grave mistakes in the past five years. He faces the additional burden of overcoming the ill effects of those mistakes, which have devastated India’s small and informal economy …

“If Modi chooses to remain blind to his past blunders, he will go down as a prime minister who destroyed the sinews of India’s small economy. Take GDP growth, employment, savings/investment or any other key macro indicator, India is seeing a secular and precipitous decline under Modi. This might be his lasting legacy in the end. Indeed, the PM cannot survive this with a business-as-usual approach.”

I read somewhere a long time ago that after the October Revolution in 1917, Vladimir Lenin dispatched to Berlin a delegation of Bolshevik revolutionaries led by Leon Trotsky to sue for peace with Imperial Germany so as to take Russia out of World War I.

After two months of negotiations, the controversial Treaty of Brest-Litovsk was agreed upon in March 1918 by the Russians to stop any further German invasion.

The Germans formulated extraordinarily harsh terms that shocked the entire Western world. Russia had to cede hegemony over the Baltic states to Germany; ceded part of the South Caucasus to the Ottomans (who were Germany’s ally); and were forced to recognize the independence of Ukraine.

When Trotsky cabled to Lenin to ask for permission to wear bourgeois attire, unworthy of a fiery revolutionary like him, for the signing ceremony – incidentally, it was the first diplomatic treaty ever filmed – Lenin shot back impatiently that for signing the treaty, if the Germans demanded that the Bolshevik delegation should wear petticoats, so be it.

For Lenin, the unwavering priority was that the treaty provided much-needed relief to the Bolsheviks, who were already fighting the Russian Civil War (1917-1922) on their soil while the Red Army was elsewhere desperately pushing back the interventionist forces of 13 foreign nations – including Americans – who attempted to turn the tide of history in Russia.

Modi should read up on the Treaty of Brest-Litovsk. A statesman who fails to prioritize national objectives at any given time takes his country to its doom – and in the process that also becomes his legacy ultimately.

Confusing tactics with strategy is always unwise. But to celebrate a patchy success on a remote mountaintop while the kingdom is being ravaged by a microscopic virus becomes simply inexcusable for even an inept ruler.

Worse still, the Indian government is blissfully ignorant that the world that will emerge from this pandemic will be unrecognizable. The world will see a hobbled West and a bolder China. It could witness a fundamental shift in the very nature of the global economy.

We can expect that China, which has emerged out of the pandemic, will use its power. Beijing is working to turn these early signs of success into a larger narrative that makes it the essential player in the world of tomorrow.

China now has the power and the confidence to challenge the United States across many fronts. The US and China are seeing their power gap shrink and the implications in the long term are going to be hugely consequential, especially when it comes to the United States’ global position, fundamentally altering America’s position in global politics and the leadership in the 21st century.

The Covid-19 pandemic serves as a wake-up call for countries like India that have been engaged in a zero-sum geopolitical contest, politically and economically, with China. If the goal of the Modi government is to improve the well-being of the people – whose social condition has deteriorated – it should look for ways to cooperate with China.

This does not – and will not – mean that we have to adapt to a China-led order. As a sister civilization, China knows that India can never be a vassal state. The heart of the matter is that China also does not want to export its model. It can live with a diverse multipolar world.

This article was produced in partnership by Indian Punchline and Globetrotter, a project of the Independent Media Institute, which provided it to Asia Times.

Israel and the UAE: A reality check