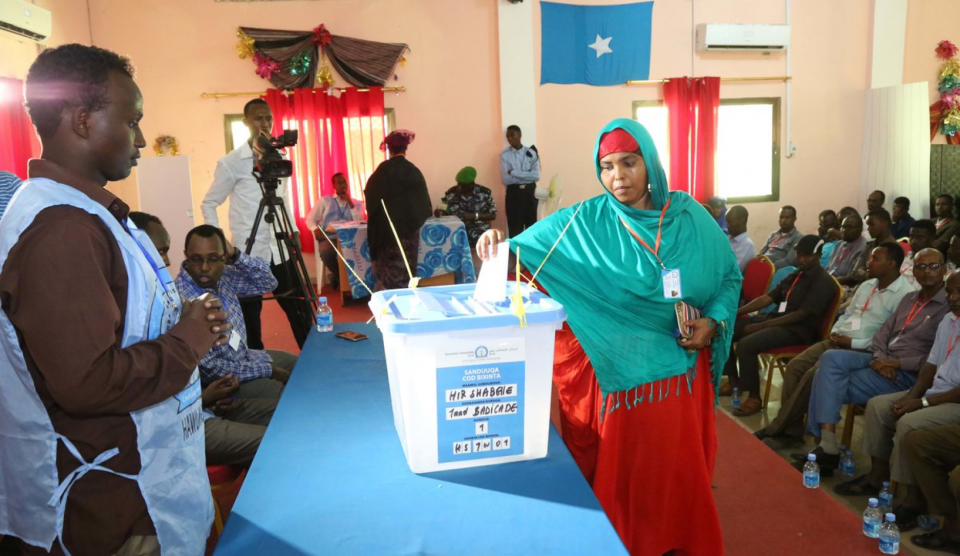 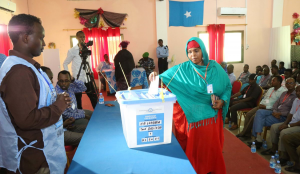 As Somalia is preparing for the “one person, one vote” elections in 2020, the reality is that the country has a long way to go. Currently, the country uses the 4.5 formula to give allocation of parliamentary seats in a clan based model where the major clans in Somalia get equal quota and the half pint point cluster to the minority clans.

In the 4.5 model, legislators were voted in by clan delegates. The legislators then, in turn, elected a president. This push for one person one vote comes five decades after the clan-based system, which was implemented in 2000 at the Arta Peace Conference in Djibouti, attracted much criticism. The clan-based election system is seen as overlooking young people, women, and ethnic minorities.

The National Independent Electoral Commission (NIEC) says they are currently planning to make the necessary changes in the run-up to the 2020 elections. In December 2017, the NIEC initiated a five-year plan to draft electoral laws, plan voter registration and work on setting up the right mechanisms to hold an election. Currently, there are 22 political parties which have registered themselves for the polls. The electoral law is still waiting for approval from parliament.

NIEC also recently launched a public awareness campaign on the 2020/21 elections to make sure citizens keep abreast of on-going preparations for the one-person, one-vote exercise. However, political experts and critics are doubtful that Somalia is ready for the one person, one vote system. One of the reasons why Somalia may still be a long way from universal suffrage polls is security.  After decades of civil war, Somalia’s transitional government and the current government under President Abdullahi Mohamed have had a difficult time trying to contain the threat from the terrorist group al-Shabab, who have over the years controlled regions of the republic.

The Heritage Institute for Policy Studies, a policy think-tank based in Mogadishu, in a report dubbed “In Search of a Workable 2020 Electoral Model”, has proposed an increase of the delegates, their study is one of the sought after papers in the coming elections but Heritage Institute for Policy Studies which works like a political outfits has little to offer rather than a continuous criticism to the Somali government.

Amidst the progress, voting will not be smooth sailing if security difficulties are not sorted out in good time. Though Somalia has been experiencing a lot of positive development, NIEC chairperson Halima Ismail Ibrahim argues that security is still a huge concern for the upcoming elections. “Without security, you cannot carry out an election. We are currently doing the verification of the voter registration centres and we want that our security sectors sit together and see where it is safe where it is not safe,” she said.

Analysts also caution that the great amount of tension between Somalia’s federal state government and the member states could be an obstacle to the upcoming elections. According to Institute for Peace and Security Studies, a majority of the states are not working closely with Mogadishu thus most likely to affect security relationships, political relationships, institution building as well as state building — Without cooperation, very little can be achieved.

Another obstacle is the resources that NIEC needs to conduct the elections with legitimacy and integrity. The ability of the NIEC to develop its voter registration capacity will require dedicated human resource and institutional capacity building.  According to reports, NIEC doesn’t have the capacity, countrywide presence, and proper experience to conduct one-person-one-vote in 2020 in Somalia.

In addition, NIEC has had a short period to prepare for the elections. Two years seems to be a short time to prepare for an election of such magnitude.  Lastly, Somali citizens do not have the proper identification and electoral cards to take part in the exercise.  It seems it is going to be an uphill battle and the odds are not in favour of the election commission. The one-man-one-vote elections may just be out of reach for Somalia at the moment. Idea to tame voters through the “one man one vote” campaign may advantage aspirants thanks to the fact that transparency will be guaranteed if the right processes and procedures are followed.