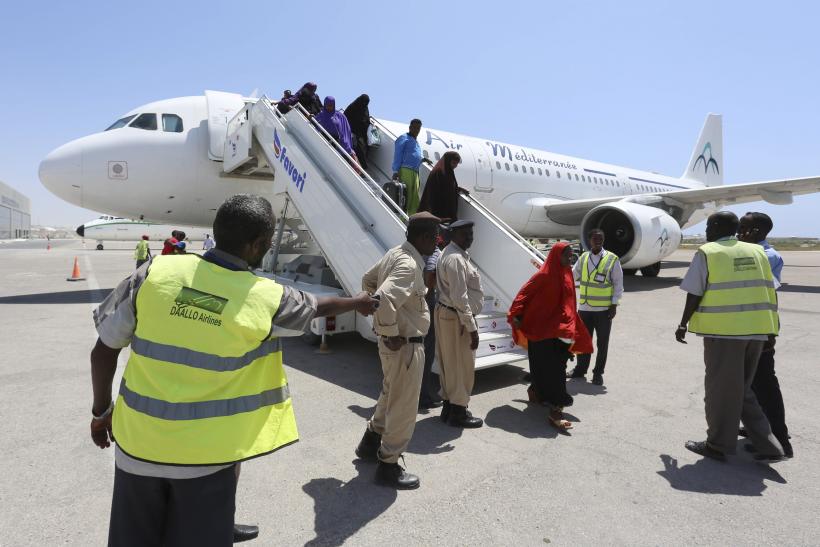 Somali Airlines, which was established in 1964, stopped operations immediately after the breakout of the civil war. Somali owned airlines including Daalo air lines and Jubaland airways came in to fill the gap.  Of interest to the airline’s exit is how travellers now go deeper into their pockets. With its absence, over the years, because of roadblocks and insecurity, air transport has been the favourite mode of transport among Somalis, making the industry one of the most lucrative.

The implication is that investors in the thriving aviation industry are the big winners – Players are not doing much to make life of customers easy. Although having private players on-board is a good thing, the move seems to have confirmed the unfortunate fact that only the wealthiest in town can embrace air travel. A major concern from customers is the high cost of tickets charged by the airlines that have been operating in Somalia.

The cost of traveling within the country is expensive and with travellers having little options as roads were impassable, many Somalis are forced to use air. The air fee has always been fluctuating as airlines normally increase their rates much to the humiliation of customers. It is true airlines in Somalia have been operating without regulations, and more often than not have been accused of disregarding the aviation standard and setting their own regulations and not adhering to any authority.

Lack of regulations, may, to some extent means domination of few major airlines, forcing the tiny players to either run into losses, coil and even collapse. To begin with, the many airlines rarely follow rules and regulations, merely operating as buses, with the main focus mainly resting on profit making. Competition is stiff and the not so well financed small airlines are left with the short end of the stick as the big boys earnestly make money. The bad services ranging from loss of luggage, unpredictable flight cancelations, low passenger capacity, to some extent, reduce the love for flying. The government should come in to ensure airlines are naturally providing satisfactory services.

Some of the planes operated by the airlines are in bad shape and a risk. But there is, perhaps, light at the end of the tunnel especially after the Somali government banned four types of Antonov planes citing safety of travellers. According to the international standard, passengers with Reduced Mobility (popular as PRM) and other disabilities must have equal or equivalent access to the services available to the general public.

But such requirements are unheard of in Somalia with airlines as people with disabilities have a problem in operating airlines. Further, airlines operating in Somalia have long been accused of tax evasion. In 2017, the late Abdirahman Omar Osman who was then the minister of information said that out of the 157 companies operating from the airport only nine were paying taxes showing high degree of impunity by some airlines.

Key among solutions would be the need to force non-compliant airlines to pay taxes. While the situation is improving, sort of, airlines are still not towing the line. The government of Somalia certainly should provide instruments to tame the rogue players in the aviation industry. For instance, the fee of going to Hajj pilgrim is now cheaper and affordable to many Somalis, this is after the government intervened and regulated the fee. Although the intervention was first rejected by investors – government dictating charges once brought a stalemate –, the move was an idea to cushion travellers.

With security improving in Somalia and the government playing its role, the Somalia airspace deserted by major airlines is now becoming a hotline, over the past five years; several international airlines have launched flights to Mogadishu. Turkish Airlines and Ethiopian Airlines, Qatar Airlines, Djibouti Airlines, and Uganda airlines are now operating in the Mogadishu flights including Saudi Arabia and Egypt airlines having plans to enter into the route.