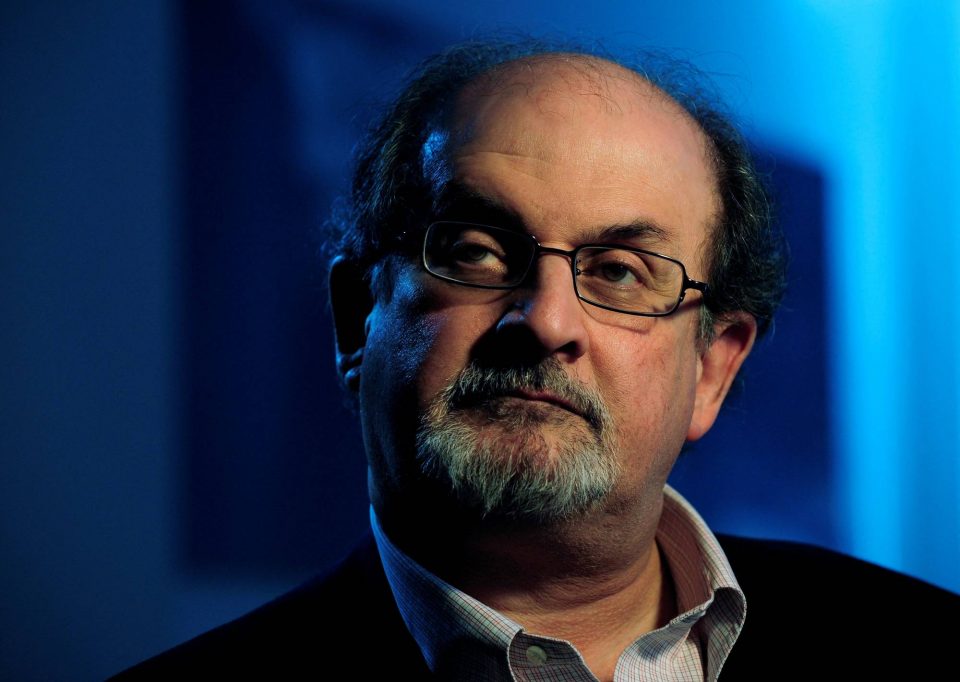 Acclaimed novelist Salman Rushdie is on a ventilator after he was stabbed in the neck and abdomen while preparing to give a lecture at the Chautauqua Institution in western New York on Friday morning, according to his agent.

Rushdie was transported to a hospital by helicopter Friday morning and underwent surgery for several hours in a nearby trauma center, Rushdie’s agent, Andrew Wylie, told the New York Times.

“The news is not good,” Wylie told the paper. “Salman will likely lose one eye; the nerves in his arm were severed; and his liver was stabbed and damaged.”

Police arrested Hadi Matar, 24, in connection with the attack on Friday. Matar, of New Jersey, had previously posted on social media in support of Iran’s Revolutionary Guard and Shia extremism, the New York Post reported.

Rushdie has been living under the threat of assassination since Ayatollah Ruhollah Khomeini — then the Supreme Leader of the Islamic Republic of Iran — issued a fatwa calling for the author to be killed in 1989. His fourth novel, The Satanic Verses, was published in 1988, and included what was considered by some to be an unflattering and blasphemous depiction of the Islamic prophet Muhammad.

The United Kingdom and Iran ended diplomatic relations with each other over the fatwa, and only reestablished them in 1998 when the Iranian president at the time, Mohammad Khatami, stated that he would “neither support nor hinder assassination operations on Rushdie.”

There is a bounty on Rushdie’s head of over $3 million offered by a religious foundation in Iran.

Law enforcement sources reportedly told the New York Post that a preliminary investigation revealed Matar has posted on social media in support of Iran and its Revolutionary Guard, as well as in support of Shia extremism.

However, New York State Police said they did not “have any indication of a motive at this time” and they believe Matar acted alone.

PEN America, a human rights organization championing free expression that Rushdie used to serve as president of, released a statement from its CEO, Suzanne Nossel.

“PEN America is reeling from shock and horror at word of a brutal, premeditated attack on our former President and stalwart ally, Salman Rushdie, who was reportedly stabbed multiple times while on stage speaking at the Chautauqua Institute in upstate New York. We can think of no comparable incident of a public violent attack on a literary writer on American soil,” wrote Nossel.

“Just hours before the attack, on Friday morning Salman had emailed me to help with placements for Ukrainian writers in need of safe refuge from the grave perils they face. Salman Rushdie has been targeted for his words for decades but has never flinched nor faltered. He has devoted tireless energy to assisting others who are vulnerable and menaced. While we do not know the origins or motives of this savage attack, all those around the world who have met words with violence or called for the same are culpable for legitimizing this an assault on a writer while he was engaged in his essential work of connecting to readers. Our thoughts and passions now lie with our dauntless Salman, wishing him a full and speedy recovery. We hope and believe fervently that his essential voice cannot and will not be silenced,” she continued.

At a press conference held on Friday afternoon, New York governor Kathy Hochul assured reporters that Rushdie — who she called “someone who has been out there unafraid, despite the threats that have followed him his entire adult life” — was “getting the care he needs.” She also praised the response of authorities on the scene, declaring that “it was a state police officer who stood up and saved his life.”

The attack on Rushdie comes in the context of increased aggression from the Iranian regime. Last year, a kidnapping plot against dissident Masih Alinjad, who now holds U.S. citizenship and reports on human rights abuses in Iran, was exposed by the Department of Justice. On Wednesday, the DOJ revealed that it had uncovered a planned assassination attempt against former national security advisor John Bolton.

“We can no longer guarantee their safety” — ANC spokesperson