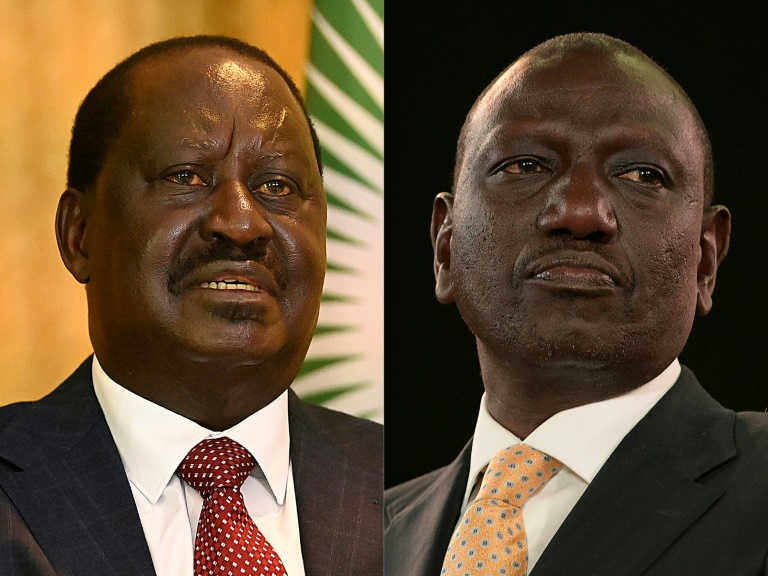 Kenyans waited anxiously on Wednesday for the results of the country’s presidential election after a largely peaceful poll, with low turnout in some areas suggesting growing frustration with the political elite.

Although presidential frontrunners William Ruto and Raila Odinga have both vowed to maintain calm following Tuesday’s poll, the memory of past election-related violence remains fresh for many Kenyans, who have urged political parties to accept the results.

With pressure building on the Independent Electoral and Boundaries Commission (IEBC), which has to declare the results by August 16, officials worked overnight to count votes and dispel rigging fears.

“We call for patience among Kenyans as we undertake this rigorous exercise and also endeavour to complete this exercise as soon as possible,” IEBC chairman Wafula Chebukati said in a late-night briefing.

Kenyans, some of whom lined up before dawn to cast their ballot, voted in six elections on Tuesday, choosing a new president as well as senators, governors, lawmakers, woman representatives and some 1,500 county officials.

Despite the early show of enthusiasm however, turnout in some areas appeared to be weak, suggesting that for some Kenyans at least, patience with years of unfulfilled promises was running out.

Even those who showed up early to vote said they were tired of electing political leaders who had done little to improve their lives.

“All along we have been doing elections, getting promises but we see no change,” said George Otieno Henry, a 56-year-old artisan.

“I hope this time it will be better,” he told AFP in Kibera, one of Nairobi’s largest slums.

By 4:00 pm, 10 hours after polling began, turnout was at just over 56 percent of the 22 million registered voters, according to the IEBC.

Comparable figures for the August 2017 election were not immediately available but overall turnout reached 78 percent in that vote.

Deputy President Ruto and Odinga, a veteran opposition leader now backed by the ruling party, have both pledged to tackle the cost-of-living crisis and ease the lives of ordinary Kenyans.

But many are bracing for the pair to spar over the results, reflecting earlier polls in the East African nation where no presidential election outcome has gone uncontested since 2002.

Once the heir-apparent, Ruto, 55, found himself banished to the sidelines after two-term President Uhuru Kenyatta — who cannot run for a third time — joined hands with his former foe Odinga, 77, in a move that stunned the country.

Since then, the wealthy businessman has cast himself as the champion of “hustlers” trying to eke out a living in a country ruled by “dynasties” — the Kenyatta and Odinga families that have dominated Kenyan politics since independence from Britain in 1963.

With a third of Kenya’s population living in poverty, economic pressures weighed on voters even before the war in Ukraine sent the prices of essential goods soaring.

Prior to the election, some observers surmised that the economy could surpass tribal affiliations as a key factor driving voter behaviour, while others said politicians’ failure to tackle the crisis could keep people away from the ballot all together.

“Many Kenyans… have cited their lack of faith in politicians to improve their current economic circumstances as the main reason for not participating in the August polls,” Oxford Economics said in a note last week.

Analysts have suggested that Odinga, a onetime political prisoner and former prime minister who is making his fifth stab at the presidency, could edge past his younger rival.

If neither wins more than 50 percent, Kenya will stage a run-off for the first time in its history.

Kenya’s international partners are closely watching the election in a country deemed a beacon of regional stability.

Local polls were suspended in several areas on Tuesday, triggering a protest in one case, but police said the electoral process had largely “remained calm and peaceful with no major incidents to report”.

Security was tight, with a view to preventing a repeat of the post-election violence that has hit Kenya in the past.

The 2007 poll was followed by politically motivated ethnic clashes that killed more than 1 100 people, while Odinga’s challenge to the 2017 election result was met with a heavy-handed police response that left dozens dead.