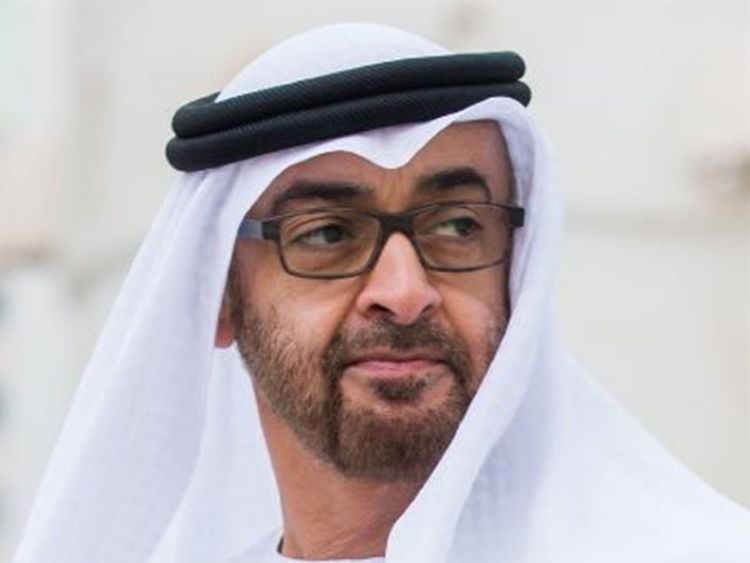 The UAE’s disastrous and often criminal foreign policy has left the country’s global reputation in tatters. Now, in light of recent legal matters, it may become even more isolated from its long-standing allies, particularly the United States. The Aldar Headquarters building in Abu Dhabi, UAE, which is home to the UAE’s controversial DarkMatter cyber security company.

One year after the United States brokered the Israel-UAE “Abraham Accords” – indirectly suggesting stronger ties between the Gulf state and Washington – Abu Dhabi’s covert efforts to sway US foreign policy and spy on American citizens is taking a toll on those burgeoning relations.

In the most recent development, a US court fined three former intelligence and military personnel US$1.68 million in mid-September, for operating as mercenary hackers for the UAE. The alleged perpetrators – Marc Baier, Ryan Adams, and Daniel Gericke – had worked for cyber security firm DarkMatter, a company that essentially serves as an arm of the Emirati government.

If there’s a perfect anecdote for how the UAE’s illegal and often immoral foreign policy is jeopardizing its standing with the US, then the way it hired these Americans to carry out illegal cyberoperations and hacking campaigns against local journalists and activists must surely be it.

The case files detail a conspiracy by the three men to help the UAE gain unauthorized access to “acquire data from computers, electronic devices and servers around the world, including on computers and servers in the United States,” while employed by DarkMatter.

“The FBI will fully investigate individuals and companies that profit from illegal criminal cyber activity.”

Bryan Vorndran, Assistant Director of the FBI’s Cyber Division, sternly asserted that such duplicitous actions would not be tolerated. “The FBI will fully investigate individuals and companies that profit from illegal criminal cyber activity,” he said in a statement. “This is a clear message to anybody, including former US government employees, who had considered using cyberspace to leverage export-controlled information for the benefit of a foreign government or a foreign commercial company—there is risk, and there will be consequences.”

According to court documents made public on September 15, the US Department of Justice agreed to drop criminal charges against the defendants on the condition all three men admit to violating US laws and each pay hundreds of thousands of dollars in fines. They will also never be able to receive a US government security clearance again.

Experts cited by the New York Times believe the Department of Justice agreed to drop criminal charges in exchange for fines out of concerns that potential diplomatic revelations made during the trial may jeopardize the US-Emirati relationship. Moreover, such disclosures could expose embarrassing details about the extent of the cooperation between DarkMatter and US intelligence agencies.

Former DarkMatter employees have explained that while Emirati officials had targeted US citizens, their focus was on hacking into the phones and computer systems of the UAE’s main rival – Qatar. They even hacked the emails between a Qatari minister and former US First Lady Michelle Obama, regarding her planned trip to Qatar in 2015. Still, the case has undoubtedly damaged the UAE’s reputation in Washington.

And this sordid episode in US-Emirati relations is not isolated, given the ongoing trial of Thomas Barrack, a US citizen charged with acting as a spy on behalf of the UAE government while working in the Trump administration.

The unsealed indictment contends that Barrack communicated with UAE officials using an encrypted application on his phone, to coordinate efforts to advance UAE foreign policy interests with the Trump administration. He is alleged to have worked with co-conspirators Rashid Sultan al-Malik Alshahhi, an Emirati with close ties to Crown Prince Mohammed bin Zayed (MBZ), and Matthew Grimes, a US citizen who was employed by Barrack’s private equity firm – Colony Capital.

It’s simply an observable fact that US foreign policy tilted heavily in favor of the UAE during the Trump years.

Notwithstanding the trial, it’s simply an observable fact that US foreign policy tilted heavily in favor of the UAE during the Trump years. The former President blatantly parroted Abu Dhabi’s narrative in support of the blockade against Qatar, signed off on a record US$23 billion weapons deal, and protected its war in Yemen from congressional veto.

Earlier this year, the Arabic online magazine Sasapost published 766 documents relating to the UAE from the US Justice Department’s database, operating under the Foreign Agents Registration Act (FARA). The report reveals how the “Emirati Lobby” has paid out more than US$132 million since 2011 in disclosed payments for lobbying services, to secure UAE interests in Washington—making it the largest spender among Middle East countries.

Nevertheless, there are growing signs that the UAE’s aggressive approach to influencing US foreign policy, along with its extraordinary close ties to the Trump administration, has backfired for Abu Dhabi. Indeed, President Joe Biden has sought to disengage from the Middle East both militarily and diplomatically, and then refocus US assets towards its great challenge of the 21st century – a rising China.

Much to Abu Dhabi’s ire and consternation is the way the Biden administration has established closer ties with the UAE’s number one enemy – Qatar.

Furthermore, and much to Abu Dhabi’s ire and consternation, is the way the Biden administration has established closer ties with the UAE’s number one enemy – Qatar.

When Biden thanked Doha for paving the way for the intra-Afghan peace talks and helping the US pull off the “largest airlift of people in history,” during the recent Afghanistan withdrawal, a deathly silence likely fell upon the UAE’s Federal National Council. Biden even went on to say that the evacuation from Kabul wouldn’t have been possible without Qatar’s assistance.

Clearly, the “good times” for the UAE are over, as it finds itself further isolated from its long-time allies – including the US, Saudi Arabia, and Egypt. It’s also being confronted with a growing number of threats borne from its tragic misadventures in Yemen, Libya, and Tunisia.

If ever the UAE needed protection from the US security umbrella, it’s most definitely now. But evidently – and unsurprisingly – Washington is showing cool indifference towards Abu Dhabi, in the wake of its apparent hacking and spying on US citizens, along with its attempts to infiltrate the US government.