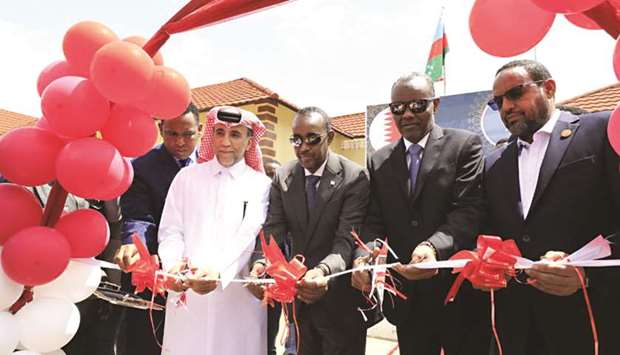 Qatar Charity has inaugurated a multi-service centre and a charity bakery in Baidoa in the southwestern bay region of Somalia.
The centre is the first-of-its-kind in the region, and will provide various educational, social and developmental services to the people. The project, valued at more than
QR1.4mn, is expected to benefit nearly 2.2mn people in Baidoa.
The charity bakery aims to lessen the suffering of the drought-hit people by providing free bread daily to 2,000 families. The building, equipment, and the one-year operating cost of the project is estimated at more than QR1.6mn.

Commenting on the occasion, Somali Prime Minister Mohamed Hussein Roble said: “I am delighted to inaugurate this service project, which covers several important domains such as health, culture, education, water, and extending of assistance to those in need, especially orphans.”
The prime minister also thanked the leadership, government and people of Qatar for extending continued support to the Somali people.

Qatar’s ambassador to Somalia Hassan bin Hamza Hashem said: “The State of Qatar always seeks to help the Somali brothers through sustainable projects, as these projects provide job opportunities for the unemployed to ensure stability and to rebuild various institutions, so that Somalia can enjoy security, stability and prosperity.”
Somalia Minister of Higher Education Abdullah Abu Bakr said at the opening ceremony that Qatar Charity is a strategic partner of Somalia in all service and development areas. President of South West Regional State of Somalia Abdiaziz Hassan Mohamed said that this service project is a qualitative leap for the population of the region and is desperately needed by them.