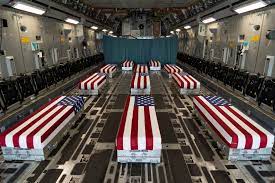 The debacle in Afghanistan this summer confirmed what many have long suspected: that much of the West’s foreign policy since the September 11, 2001, terrorist attacks has been a failure. The task now is to reflect on past mistakes and forge a new strategy for wielding power and influence in a multipolar world.

MADRID – Twenty years ago, the September 11 terrorist attacks shocked the world. “We are all American” became a global slogan of solidarity. Suddenly, the West’s post-Cold War invulnerability had been exposed as an illusion. Globalization, which had become the reigning paradigm and established Western economic dominance in the 1990s, turned out to have a dark side.

Two decades after the attacks, it is difficult to overstate their consequences for the West and the wider world. A violent non-state actor determined the international agenda to an extraordinary degree. While the hegemony of the West, led by the United States, remained unquestioned, the unipolar moment of the 1990s seemed to be coming to a close, and US foreign policy would be fundamentally reshaped by the “global war on terror.” In the context of the time, it was no surprise that the US-led invasion of Afghanistan met with overwhelming international support.

The 9/11 attacks could not go unanswered, and it was the Taliban who had provided a haven for al-Qaeda to plan, organize, and launch the operation. But the war in Afghanistan will be remembered as a major failure. Its high costs and low returns raise an obvious question: What was it all for? More than 48,000 Afghan civilians, at least 66,000 Afghan troops, and 3,500 NATO soldiers were killed during the 20-year conflict. The US spent more than $2 trillion trying to build Afghan state institutions, only to watch them vanish within the space of weeks as the Taliban advanced to retake the country.

The re-establishment of a Taliban government in Kabul is further proof that the “global war on terror” was a misguided effort. Afghans – especially women and girls – have once again been left to confront the realities of life under a fundamentalist regime. For the West, the task now is to reflect on the lessons of this woeful experience. The first lesson is that external military force is not a sensible way to produce effective and lasting regime change. The West utterly failed to create a modern, democratic, and resilient Afghan state capable of withstanding the Taliban threat. The US fell in the same trap after its illegal invasion of Iraq in 2003, where it soon faced an insurgency that would sow the seeds of the Islamic State. And then it did so again in Libya, where NATO’s fixation on toppling Muammar el-Qaddafi left behind a country in turmoil and poised for civil war.

In a world that is finally waking up to the climate crisis, governments, businesses, academics, and citizenries must rethink old assumptions, map out new development pathways, and set increasingly ambitious whole-of-economy targets. The work of achieving net-zero emissions has only just begun. At New Summits, distinguished speakers will explore the challenges and opportunities that lie ahead on the eve of a crucial moment for global climate action.

In short, top-down nation-building has been widely discredited. This model assumes that establishing a military presence and pouring resources into a country will inevitably deliver security, development, and democratic governance. Yet because nation-building requires the support of the people, it can succeed only if it is conducted through local representatives who are perceived as legitimate.

This element was absent in Afghanistan. By backing warlords like Abdul Rashid Dostum, whose forces committed numerous atrocities, the West undercut its own nation-building efforts and alienated much of the Afghan population. More generally, the idea that a country’s existing institutions could simply be replaced with new ones should have been recognized as implausible.

Most states are built gradually and endogenously through cooperation and compromise over extended periods of time, not by foreign diktat. Emulation and seduction are far more potent than force and coercion. Making matters worse, US President George W. Bush’s administration embraced military force after 9/11 at the expense of diplomacy, which had long underpinned America’s most valuable asset: its attractiveness to the rest of the world.

The Berlin Wall fell not because of military force but because those living under communism realized that the Western economic model produced higher standards of living than they could aspire to. The second lesson from 20 years in Afghanistan is that domestic state-building should be coupled with regional strategies. Approaches that exclude key regional players are not viable, particularly in today’s multipolar world. By going at it alone, the West failed to grasp the changing international balance of power.

Afghanistan’s neighborhood offered opportunities that went to waste. China was not in a position to contribute substantially at the war’s beginning, but with its rise as a global power, it could have been a useful partner. Closer coordination between US-led stabilization efforts and Chinese foreign investment in Afghanistan could have maximized the benefits of development projects for local people. Similarly, greater Russian engagement could have allowed more resources to reach Afghanistan through the Northern Distribution Network, alleviating the need to go through Pakistan, which gained significant leverage as a result. Moreover, Saudi Arabia, a beneficiary of US arms and a major investor in Pakistan, could have exercised its influence over the Pakistani government to convince it to play a more constructive role in resolving regional issues.

A final lesson of the Afghan debacle concerns Europe, which has been reminded of the need to develop its own capabilities in accordance with its own strategic interests. The shift in American foreign policy away from serving as the world’s watchdog should make Europe think harder about its dependence on US capabilities and policies.

The evacuation from Kabul offers a crude example of what is at stake. Without US military planes, America’s allies could not have evacuated their personnel from the country. And with the prospect of another European refugee crisis now looming, the bill for lacking the capacity to act autonomously in Afghanistan may soon come due. The spirit of “learning by doing” should drive the European Union to enhance its civilian-military operations in key regions to avert instability coming closer home. Though the world has changed considerably over the past 20 years, the issue of international terrorism is still far from resolved. The troubling security situation in the Sahel, for example, should make us all reflect on what course of action to take in the future. But one thing is clear: “Forever wars” are unsustainable, especially for those who must endure them. We were all American after 9/11, but we forgot to be Afghan, too.

With the world on track to reach 1.5°C of planetary warming by 2040, the Paris agreement’s preferred climate scenarios are slipping out of reach. Countries, cities, businesses, and financial institutions must move quickly to address the increasingly urgent climate adaptation and mitigation challenges. At Building the Green Consensus, distinguished speakers will explore how new regulatory frameworks and public finance can be used to accelerate private-sector investment in the green transition.

Javier Solana, a former EU high representative for foreign affairs and security policy, secretary-general of NATO, and foreign minister of Spain, is President of EsadeGeo – Center for Global Economy and Geopolitics and Distinguished Fellow at the Brookings Institution.