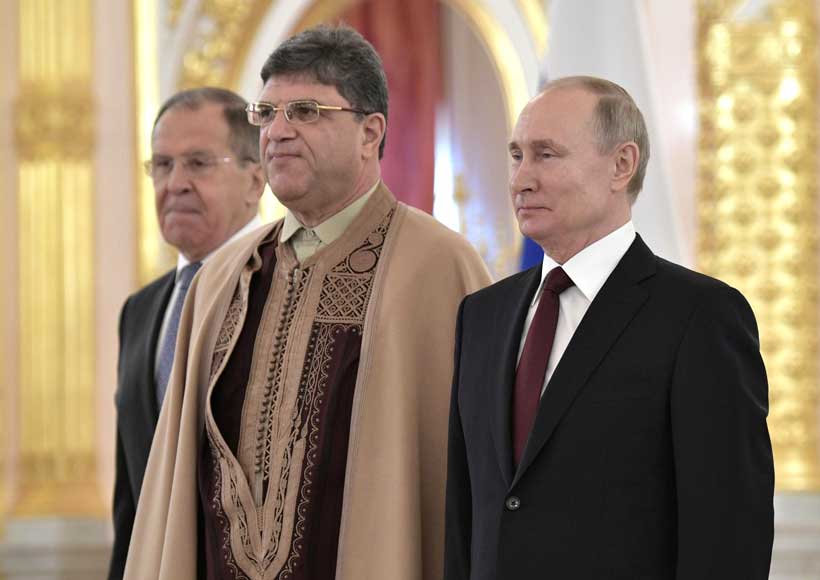 Russian President Vladimir Putin has received, in accordance with the established tradition, letters of credence from 23 new ambassadors in the Alexander Hall of the Grand Kremlin Palace. The ceremony, which officially marks the start of their diplomatic activities in the Russian Federation, attended by the heads of diplomatic missions of 23 countries of Europe, Asia, Africa, America and Australia.

This year marks the 75th anniversary of the end of World War II. Putin took the opportunity, through the diplomatic representatives, to invite foreign leaders and delegations to attend celebrations marking the great event in Moscow. He then proceeded to address specific issues connecting individual countries with Russia.

“Russia has strong and friendly ties with Algeria. The presidential election held there late last year was a big step towards political and social reform in your country. We support Algeria’s balanced policy in international and regional affairs. We see good possibilities for building up economic and military-technical cooperation and for coordinating efforts in the interests of stronger stability and security in North Africa and the Sahel-Saharan zone. I recently had a short conversation with your President in Berlin. I hope to see him in Russia soon,” he told Algerian Ambassador, Mohamed Sherif Kourta during the ceremony.

Putin further expressed high satisfaction with the present state of collaboration with Morocco, and added “both Russia and Morocco have achieved decent results in mutual trade, agriculture, and deep-sea fisheries, but there are still opportunities for advanced Russian technologies and R&D results to reach the Moroccan market.”

With Ambassador Tarak ben Salem (Republic of Tunisia), Putin stressed: “we are resolved to further strengthen bilateral cooperation with Tunis, which is among Russia’s traditional partners in the Middle East and North Africa. We are ready to work together on current regional matters, including a settlement in Libya.”

The newly arrived ambassadors have important and serious diplomatic tasks: to promote the development of comprehensive relations, responsible for expanding political dialogue, make conscious efforts in strengthening trade and economic ties as well as deepening cultural exchanges and promoting people-to-people contacts, facilitate stronger friendship and mutual understanding between their countries and the Russian Federatio