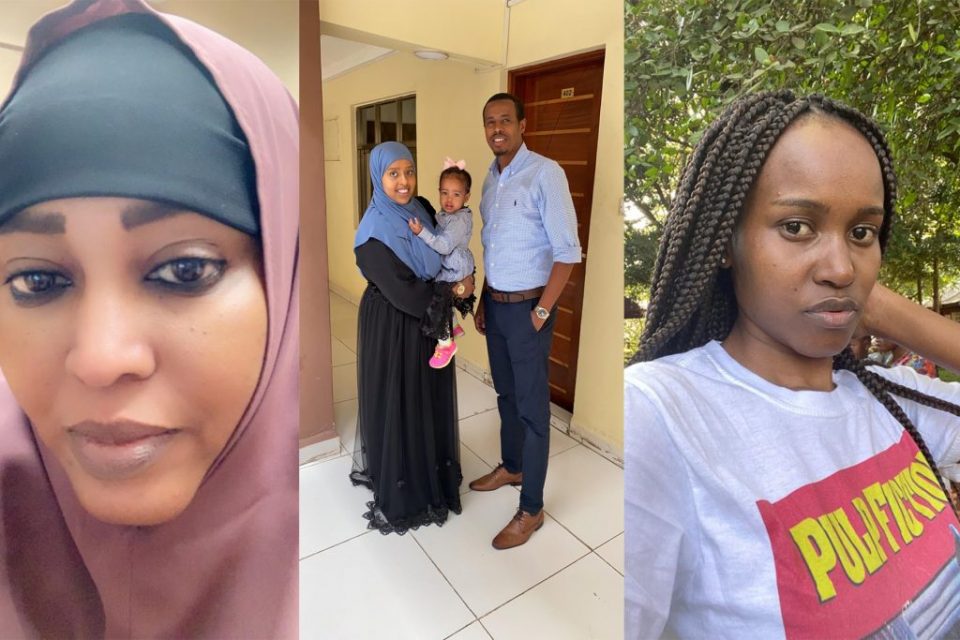 As the COVID-19 pandemic spreads around the world, many Americans are finding themselves stranded in East Africa.

One of those is Lul Hersi, a Minnesotan who traveled to Kenya for a vacation in late February.

On March 23, the mother of four from St. Cloud received a text message from a friend explaining that Kenya was suspending international travel. Now, low on her prescription medication, Lul is in a state of uncertainty as she and many other U.S. citizens and permanent residents fight to find a way home as countries close their borders in an effort to stem the spread of COVID-19.

After living in the U.S. for nearly three decades, two of which were spent in Minnesota, Lul questions the value of her nationality.

“I don’t feel that being an American is valued today,” Lul told Sahan Journal.

Faisal Adan and his wife, Fatma Nur, arrived in Kenya on March 14 after traveling to Saudi Arabia on a religious pilgrimage. The two returned to Kenya with their daughter, Ladan, in order to fly home to Dallas, Texas. Faisal works as a truck driver while Fatma works in health information management at a Dallas-area hospital. As they remain stuck in Kenya, unpaid bills fill their mailbox at home, a reality for many in quarantine abroad.

Faisal and Fatma encountered Lul and other U.S. travelers stranded in Kenya through social media, as many have taken their frustrations to the U.S. Department of State: Consular Affairs’s Facebook page. There, the office posts updates on flights departing countries such as Thailand and Botswana.

Fatma had posted on a Facebook group page dedicated to Americans stuck abroad.

“Hello, my family and I are stranded in Nairobi, Kenya,” she wrote. “We have been trying to leave since mid-March with no luck. We have called the embassy multiple times with no leads.”

Given that their 15-month-old child is with them, Fatma has grown desperate as food and diapers run low. The young couple have been stuck in a hotel since their arrival in Kenya more than three weeks ago. They are unable to move about freely due to the shutdown. They’ve contacted the U.S. Embassy located in Nairobi several times but have received no guidance as to when they can leave. They did receive an email updating them on the status of a German flight leaving Kenya: There were no seats available.

“Regardless of how much we plea or cry to them, they don’t have the sympathy or remorse for where we’re coming from,” Fatma said of U.S. Embassy employees.

Being separated from her family in St. Cloud has been difficult for Lul, especially given her  health troubles–she is diabetic and takes medication to treat her condition. Her eldest daughter is 25 years old and has taken up her mother’s parenting responsibilities by looking after her siblings. Lul calls her daughter late in the evenings while it’s morning in Minnesota to get an update on their health and progress with school. Lul breaks down in tears while sharing her fear of never being able to return to her children.

“Kenya is making things tighter and tighter everyday for us,” Lul said of the country’s lockdown in response to COVID-19. Lul fears the policies being enforced by Kenyan police. She sees many Kenyans still on the street and in crowded places, but feels as though the government views foreign visitors as a public health risk.

Minah Wangare and her four-year-old son, Jermiah Stovall, were supposed to begin their journey home to Arlington, Texas, on April 6. Due to the disruption in international travel, the young mother was instructed to fill out a registration form like the other travelers and wait for instruction. It was Wangare’s first time back in Kenya since she arrived in the U.S. six years ago.

Wangare is a permanent resident of the U.S. and is on her way to becoming a citizen. She completed nursing school this year and recently passed her board exams. Wangare remains anxious to start her nursing career in the states but finds herself monitoring her email for any word from the Nairobi embassy.

The U.S. Secretary of State’s office has been working with nations around the world to increase the number of flights available for citizens waiting to be flown home during the pandemic. Personal stories, often told via social media, have helped many in countries such as Peru find a way home by capturing the attention of federal officials.

For those in Kenya, the need for patience and connecting with loved ones online are the only constants in this international crisis.