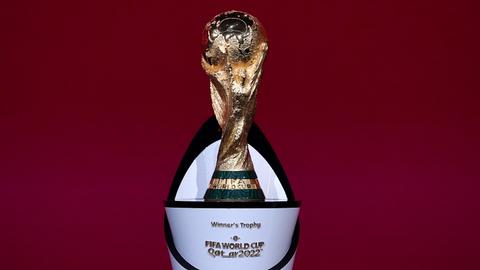 Citing human rights abuses, campaigns to stop Germany, Denmark and Norway from participating in the contest are gaining steam. But is Qatar being unfairly singled out?

Campaigners are pressuring Germany, Denmark and Norway to boycott the 2022 FIFA World Cup in protest against human rights conditions in the host country, Qatar.

They amount to the most concerted calls to boycott the tournament since Qatar won the bid to host the world’s most-watched sporting spectacle more than a decade ago.

Labour practices in the diminutive Gulf kingdom have come under intense global scrutiny after reports emerged that documented poor accommodation, lack of pay and the appalling treatment migrant workers – primarily from the Indian subcontinent – face.

Last month The Guardian revealed that more than 6,500 South Asian workers have died in Qatar over the last decade, many of whom were working on World Cup construction sites.

“We do not believe that we, as a democratic nation striving to live up to global human rights, can benefit from having some of the country’s most prominent sporting players participate in the finals and blue-stamp a dictatorship like Qatar,” read a petition calling on the Danish national team to forgo participating in the tournament.

If the petition receives 50,000 signatures, it will have to be debated in parliament.

The boycott calls have prompted Arbejdernes Landsbank to consider withdrawing its sponsorship from the Danish national team, while several club teams in Norway are calling on their national team to withdraw from the competition.

In Germany, a group of concerned fans called the ProFans alliance, are pushing the German Football Association to boycott a tournament that would be “a lavish football festival on the graves of thousands of migrant workers”.

Last week, the Dutch government postponed a trade mission to Qatar set to take place this month, citing the troubling revelations from The Guardian report.

“This report has led to a broad discussion in Dutch society and in parliament,” Dutch foreign ministry spokesman Jeroen van Dommelen said.

“We have talked before with Qatar about the poor conditions for these workers, but these numbers give the discussion a new meaning. We want to hear Qatar’s response before we can think of a new date for the mission.”

Qatar has embarked on a construction blitz over the past decade, at one point spending $500 million a week in preparation for the 2022 World Cup. In addition to eight stadiums, dozens of projects are either underway or completed, including roads, hotels, public transport systems, a new airport and a new city that will host the World Cup final.

Doha has attempted to mitigate negative press as the spotlight on its labour practices have grown in recent years.

Qatar’s organising committee has highlighted several reforms that were introduced last August to improve labour laws and to end the exploitative ‘kafala’ system. It included raising the minimum wage by 25 percent to $275 a month and scrapping a requirement for workers to obtain permission from their employers to change jobs.

The committee introduced a set of Worker’s Welfare Standards that all contractors working on World Cup-related projects must abide by. However, concerns remain that recent labour reforms are far from being widely enforced.

Boycotts of sporting events, and the FIFA World Cup, are nothing new.

The most significant was the 1966 tournament hosted in England, when all African countries refused to play after FIFA pooled teams from the continents of Africa, Asia and Oceania to compete for just one qualifying slot out of the sixteen reserved.

Speaking to The Independent, Simon Chadwick, professor of Eurasian Sport at Emlyon Business School in France, said that a boycott of Qatar 2022 is unlikely.

“Such a move would be unprecedented, create all manner of issues for those involved, and would be an overly simplistic response to a complex matter.”

Instead of a boycott, Chadwick envisions that on-field protests might follow, where players “take a knee” in solidarity with exploited labourers.

One point of divergence revolves around where the calls for boycott are coming from – which are strictly consigned to Western countries. Qatar being the first-ever Arab and Muslim country to host the tournament is immensely symbolic for many across the region and in the developing world.

That previous World Cups held in South Africa, Brazil and Russia – all of which had their own domestic problems from poverty, environmental issues to the mistreatment of minorities – might suggest that Qatar is being unfairly targeted.

Nor are some of the countries calling for the boycott themselves paragons of human rights at home if the same standard of critical oversight is applied across the board.

Denmark will become the first European country to deport Syrian refugees back to a warzone, while Norway has seen growing discrimination against immigrants that has hindered integration and emboldened Islamophobia. And Germany has experienced growing racism and rise in Islamophobic hate crimes fueled by the far-right in recent years.