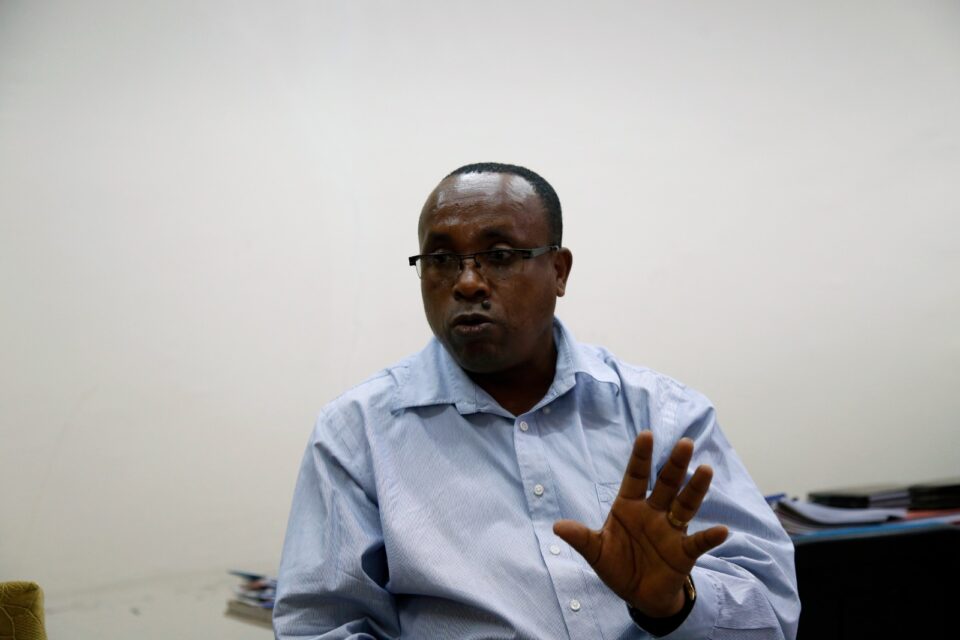 Endale Belay, a lecturer in the Ethiopian Civil Service University Pressure from the West, particularly the US, on Ethiopia to cease military operations and engage in dialogue with the Tigray People’s Liberation Front (TPLF) could prove counterproductive and destabilize the country, analysts are warning.

Speaking to Anadolu Agency, Endale Belay, a lecturer in the Ethiopian Civil Service University, said the US and the EU have been threatening sanctions and other coercive measures in a bid to force Ethiopia to return political space to now-defunct TPLF.

Last week the US Senate and foreign ministers of G7 countries — the world’s seven advanced economies — passed separate resolutions to put pressure on Ethiopia. Earlier the UN Security Council met four times but failed to arrive at a consensus to take punitive measures against Ethiopia.

“The multipronged pressure has been defacing, confusing, intimidating, and alienating Ethiopia from its neighbors and global partners subdue it [Ethiopia] to their multifaceted hidden agendas,” said Endale.

Wuhibegzer Ferede, a teacher in Bahir Dar University in the Amhara Region in Ethiopia apprehended that the US and its allies may hold back financial aid and issue crippling sanctions.

The European Union has postponed 90 million euros ($109 million) budgetary support to Ethiopia due to what it said the “lack of access to the country’s Tigray region to deliver humanitarian aid”.

The Biden administration has also paused $272 million worth of development and security assistance to Ethiopia. It has linked the resumption of assistance to several factors related to the Tigray crisis.

The Tigray crisis erupted in November 2020, when the TPLF ruling the Tigray region attacked the Northern Command of the Ethiopian National Defense Force (ENDF) in the regional capital, Mekele. In retaliation, the Ethiopian government led by Prime Minister Abiy Ahmed launched an offensive against the TPLF.

In a three-week military operation, the TPLF lost control of the Tigray region except for small pockets from which it is controlling low-level insurgency. Most of the key civilian and military leaders of TPLF were killed and captured. However, some leading fugitive leaders are still at large.

International organizations say the fighting has caused a humanitarian crisis leaving millions of people displaced. The Ethiopian government says that it was responding to international demands and exercising its legal obligations towards its citizens, claiming that it had provided local and international aid agencies unfettered access to the region.

According to official spokespersons, some 3 million people have been provided food and other aid. They said that 70% of the assistance was covered by the Ethiopian government.

Further, the Eritrean troops, who were fighting on the side of Ethiopian forces in the region have also started withdrawing, according to the government.

The G7 ministers called on establishing a clear inclusive political process that is acceptable to all Ethiopians, including those in Tigray, and which leads to credible elections and a wider national reconciliation process.

Referring to this statement, Endale said the G7 has laid bare its hidden motives

“They are working to bring the outlawed TPLF into the political equation and form a new subservient government,” he said.

He added that neither the government nor the public will allow the TPLF to be part of the “inclusive political process’’ and part of the new government.

“The nonstarter position of the west can embolden TPLF and other insurgents to continue with their subversive acts, weaken the federal government and derail the country’s reform and consequently destabilize Ethiopia,” said Endale.

He added that the West wants a submissive Ethiopia to demonstrate its power in Africa.

Wuhibegzer said the changing world order that had created multiple global forces competing for the influence is one of the factors that had led to the unprecedented and unrelenting pressure on Ethiopia.

“The West very well knows that world is no longer dominated by them and there are many developing nations capable of providing all types of assistance to Africans,” he said, adding that it was essential for them to assert control by finding pretexts.

“The Tigray conflict has motivated the West to exert pressure and thereby control Ethiopia that aspires and have been pursuing an independent foreign policy,” he said.

He said the US and Europe are concerned about the growing influence of China and that looks like the reason behind pressuring Ethiopia.

“Chinese direct investment (FDI) in Ethiopia had reached US$4 billion and bilateral trade had grown to $5.4 billion,” he added.

At the UNSC, Beijing vetoed the US and European resolution aimed at sanctioning and condemning Ethiopia over the Tigray crisis.

He said both countries (China and Ethiopia) were well aware of the motive and have been now upgrading their political relations by conducting a higher-level political meeting.

“The pressure is pushing Ethiopia to find trustworthy friends in the form of China, Russia, and other developing nations. Africa must embrace the new world order and resist humiliating western demands,” said Wuhibegzer.