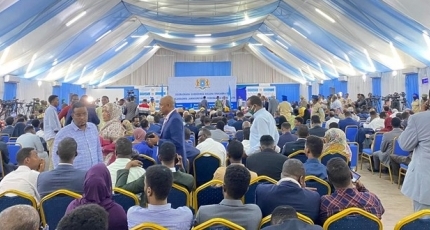 Police spokesperson Abdifatah Aden announced at a press conference on Saturday a full curfew in the city, covering both traffic and people, from Saturday at 9:00 PM (1800 GMT) until Monday at 6:00 AM.

The  election, in which lawmakers will pick a president, will take place in an airport hangar in the airport

Polls are due to commence early Sunday and are expected to proceed late into the night.

On this election, elected Somali parliamentarians will use their votes to precise approval or disapproval of presidency selections, insurance policies and applications whereas inspecting the qualities of the candidates engaged within the battle to win the standing of changing into the consultant of the individuals for the upcoming 4 years.

The Gulf States and the Horn of Africa: Interests, Influence, and Instability