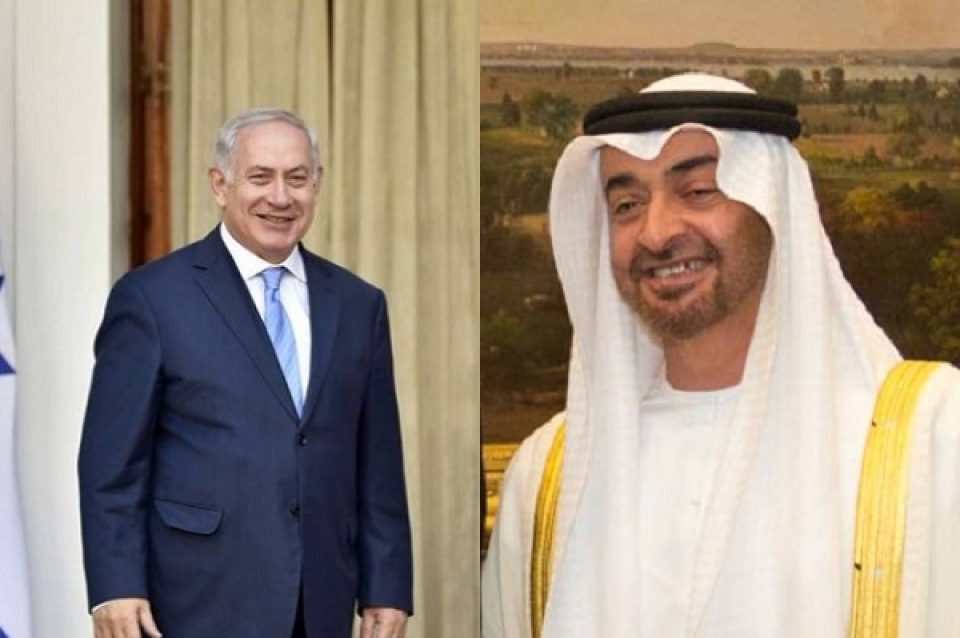 An Israeli columnist has hinted that a UAE official, possibly Crown Prince Mohammed bin Zayed himself, will pray alongside PM Netanyahu at Al-Aqsa later this month
An Israeli newspaper has hinted that the Emirati delegation set to visit Jerusalem following the normalisation agreement between the two countries may hold joint Jewish-Muslim prayers at Al-Aqsa.
In a piece entitled: “Is it time to ‘normalize’ Temple Mount?”, published on Sunday in the Jerusalem Post, Israeli commentator Nave Dromi argued that the time is nigh to allow Jews and Muslims to pray at Temple Mount, known by Muslims as the Al-Aqsa compound, together.

“When the delegation from the UAE arrives in Israel on September 22, perhaps Prime Minister Benjamin Netanyahu can invite its most senior member to join him for a visit on the Temple Mount, and both can pray for the success of peace, prosperity and stability in the region, each according to their own religion,” the article reads.

The officials within the UAE delegation are yet to be named, however speculation has been building that the UAE’s leader Mohammed bin Zayed will take part in the trip.

Jewish worshippers are not currently allowed into the Al-Aqsa compound, but groups of settlers regularly storm the site under protection of Israeli forces.

However, a clause of the UAE-Israel agreement changes the sensitive status of Al-Aqsa compound and may have “people of all faiths” praying there.

“After thousands of years, Jews and Muslims will no longer see each other as opponents, rivals or enemies, but as long-lost cousins who come together in fraternal embrace in the place made famous by their mutual ancestor,” the article read.

Dromi added that Palestinian President Mahmoud Abbas should join this hypothetical joint prayer in order to “truly usher in an era of peace and equality”. However given the Palestinian Authority’s vocal opposition to the normalisation deal, this is a far-fetched proposal.

However the recent announcement of a three-week coronavirus lockdown in Israel to combat surging infection rates has cast doubt on whether the UAE delegation will be able to go ahead with their visit.