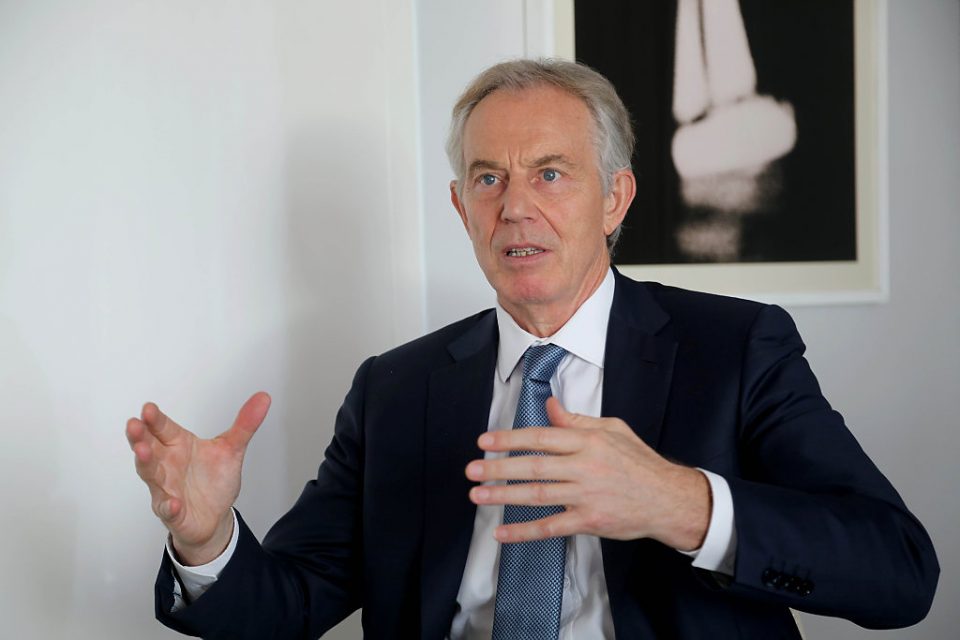 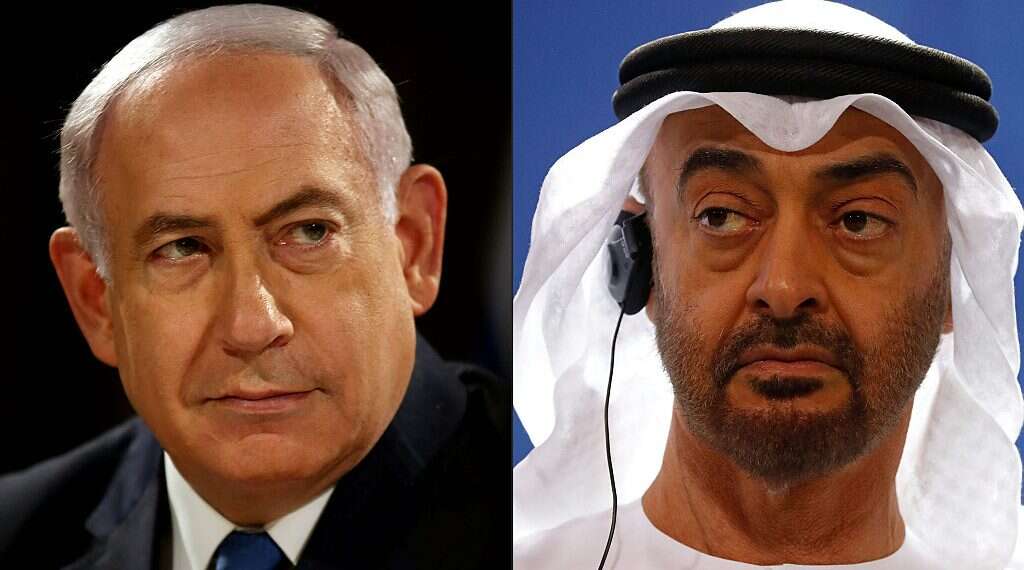 Last Friday, the phone rang in former British Prime Minister Tony Blair’s office. It was Prime Minister Benjamin Netanyahu, who was calling his old friend to tell him one thing: Thank you. Blair, as Israel Hayom is the first to reveal, played a key role in the historic breakthrough between Israel and the United Arab Emirates.

Relations between Israel and the Gulf Emirates began to thaw back in 2015, from nothing. In 2010, the Dubai police exposed the targeted execution, supposedly by Mossad agents, of arch-terrorist Mahmoud al-Mabhouh. The Emiratis were outraged. They ceased to trust the few Israelis with whom they had secretly maintained ties. Cooperation was frozen. The Emirati police, via Interpol, issued an arrest warrant for 33 Mossad personnel whom they suspected of carrying out the mission.

The affairs caused waves in the Mossad. Its tactics had been exposed, its people were grounded and at risk of arrest. No less serious – Israel had lost a vital relationship with an Arab nation. Not only were defense ties severed, so were the quiet business dealings that had been going on for years.

Change became possible when Netanyahu addressed the US Congress in March 2015 and spoke against the Iran nuclear deal. Like other Gulf states, the Emiratis felt bet rayed by then-US President Barack Obama. The stance Netanyahu took, against the deal and against Iran, as well as against the US administration, impressed Crown Prince of Abu Dhabi Mohammed Bin Zayed. Since taking over in 2005, Bin Zayed has spearheaded a process of modernization, increased openness to the world, and tolerance in the UAE. He has labeled Iran, as well as radical Sunni Islam, dangerous.

‘A life of their own’

It was Blair who identified an opportunity to build cooperation with Israel based on this shared outlook. When he stepped down as British prime minister in 2007, he said it was his life’s dream to bring peace to the Middle East. He was appointed envoy to the Middle East Quartet (representing the US, Russia, the United Nations, and the European Union), but it 2015 resigned, having reached a clear conclusion.

“I have thought for a long time that the whole position that you have to have a peace deal [between Israel and the Palestinians] first, and then you open up relations between Israel and the Arab world … needed to be turned on its head and do it the other way around. I believe strongly you will not have a solution to the Palestinian issue unless it’s with the full cooperation and participation of the Arab world,” Blair tells Israel Hayom from London.

When he was free from pressure from foreign countries, Blair began leading the process according to his own outlook. Coincidentally or not, that happened to be similar to that of Netanyahu, with whom Blair had a strong relationship going back a few years. Netanyahu, too, had been arguing since 2015 that Arab states would bring the Palestinians to peace, not the other way around. Blair courted Arab states, and found the UAE most willing to listen. Still, in order to get the Emirates to renew contact with Israel, the Mabhouh affair had to be overcome.

Even five years later, the Emiratis were still furious with Israel. They called the killing “disrespectful” and demanded guarantees that Israel would not use their territory for targeted killings ever again. Israel agreed, and apparently shared sensitive information with them to demonstrate its sincerity. That was the icebreaker.

But Blair wasn’t alone. To solidify faith in the conciliatory messages he was sending, Netanyahu enlisted his confidant, Yitzhak Molcho. Blair introduced Molcho to one of Bin Zayed’s junior ministers. The two first met in London at the end of 2015, with Blair sitting in, and the meeting went well. It led to contact that included many meetings between Molcho and the Emirati minister in both Cyprus and Abu Dhabi, as well as numerous phone conversations.

In the talks between Molcho and the Emirati minister, Israel made a commitment not to operate on Emirati soil without coordinating with the government. A deal was also struck that in future, both countries’ security apparatuses would work together when it came to “security challenges” such as Mabhuh. Israel’s approach suited the Emirati ruler, who had already identified the Muslim Brotherhood and radical Islam as bitter enemies. Words transitioned into action, and Netanyahu approved the sale of various civilian and defense systems to the UAE.

The most important sign that the process was succeeded was the Emiratis agreeing in 2016 to cancel the Mossad agents’ arrest warrant. That was an important coup for Israel, and it was down to Molcho.

Once that initial and major stumbling block was removed, relations between the two countries continued to grow warmer. At the end of 2016, the same Emirati minister began holding meetings with Netanyahu. At first, the talks were held in Cyprus, but then moved to the Prime Minister’s Residence in Jerusalem. The trust being built eventually to contact with the Emirati crown prince himself. It started with telephone calls, which became more frequent. Netanyahu and Bin Zayed spoke once every few weeks and exchanged opinions about and analyzed regional processes.

Blair says that Bin Zayed turned out to be “an exceptional political and leadership talent.” The more they were in contact, the more it became clear that he and Netanyahu held similar worldviews. When Netanyahu said dozens of times in the past few years that his opposition to Iran reflected the position of other regional leaders, he was talking about Bin Zayed, and not only him. No less importantly, the crown prince talked with Netanyahu about the future of the region and the need to use modern tools to solve the problem of the young, unemployed generation in the Middle East.

In 2018, Netanyahu visited the Emirati capital twice, on an Israeli flight that crossed Saudi airspace. Given the close ties between Bin Zayed and Saudi Crown Prince Mohammad Bin Salman, it seems highly likely that Riyadh knew that the place crossing its skies was carrying the Israeli prime minister.

From an idea to shared interests

Netanyahu met with Bin Zayed for a few hours, and the two formed immediate, excellent, ties. During one of the two meetings in Abu Dhabi, Netanyahu even took a tour of the city even though time was short.

What began as similar outlooks on the regional situation slowly became intertwined interests in a wide variety of fields. As a great believer in science and technology, Bin Zayed found common ground with Netanyahu on these subjects, too. It was not by chance that one of the five meetings in Abu Dhabi last week was devoted to space. The Emirates, believe it or not, have already sent a spacecraft to Mars.

Blair emphasizes that two major factors were necessary to reach a breakthrough: “Creating the political framework for such discussions. Of course there are security reasons why it is important that Israel and the Arab states cooperate. They all face the threat of extremism, whether of the Shia variety promoted by [Iran] or the Sunni variety, promoted by the Muslim Brotherhood through the spectrum of various groups. The common security threat is one essential part of the discussion.”

“Relations with Israel needed to become a priority,” he says. “The second thing is that you need to take the practical steps of engagement. Those practical steps were over a period of years, building trust, making sure that the two sides believed they could have meetings, confidentially, making sure they discuss things openly. Making sure that individual people within each system go to know each other and trust each other. That has been the work of these last years, building up to this point.”

Blair stresses that it wasn’t only the danger from Iran that brought Israel and the Emirates closer together.

“The single most important thing to realize about all of this is that it’s not just about security. The conversation was about the region, how it’s developing, the economy, culture,” he says.

Blair praises Netanyahu’s leadership (calling him a “remarkable politician”), as well as the White House and Jared Kushner and Bin Zayed, and emphasizes that in the UAE, “It wasn’t only the royal family, but key officials.”

Blair says that the actual breakthrough, the historic announcement of normalization, happened because the opportunity presented itself to link Israel postponing its plans to apply sovereignty to the Jordan Valley and settlements in Judea and Samaria to normalization with the Emirates. “That opportunity was able to be taken because of this long process of engagement,” he explains.