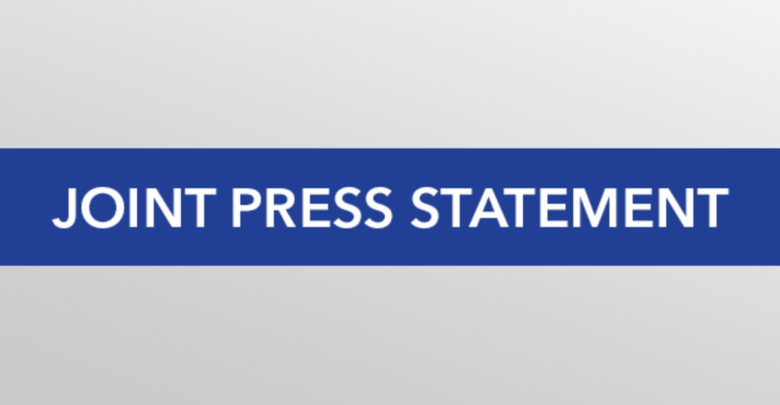 MOGADISHU-  International partners have called on Somali leaders who are meeting in Mogadishu to engage fully in serious dialogue aimed at reaching broad agreement on a credible and implementable electoral model.

President Mohamed Farmaajo and leaders of the five regional states, as well as the governor of Banadir region, kicked off their meeting in Mogadishu on Sunday to discuss an inclusive model for the elections scheduled for December and February 2021.

“The partners hope that other key Somali political stakeholders will also be consulted, as discussions advance, to expand support for an agreement and its implementation,” the partners including the African Union, the EU and UN said in a joint statement issued on Monday evening.

The Horn of Africa nation was due to hold parliamentary elections by December while presidential polls will take place in February 2021.

The international partners commended President Farmajo’ and the federal member states’ presidents from Jubaland, Galmudug, HirShabelle, Southwest, and Puntland including Mogadishu mayor for participating in these important meetings in Mogadishu.

“International partners appeal to Somalia’s leaders to be guided by the national interest and the democratic aspirations of the Somali people at this historic moment,” they said.

Sources said the leaders are yet to agree on who will manage the polls since some leaders have opted for a joint electoral body while others prefer regional states.

The number of electoral delegates is also a thorny issue at the meeting with some regional states saying the number 301 which was agreed during the previous meeting be reduced by half.

Analysts say holding the 2020 universal vote is considered critical for the sake of entrenching the federal system of governance, which is required to appease communities and regions claiming systematic exclusion and marginalization for decades.

The Horn of Africa nation last held one-person, one-vote elections in March 1969 when the government was overthrown in a bloodless military coup.

Parliamentary and presidential elections took place in late 2016 and early 2017 through a system of indirect suffrage. Enditem