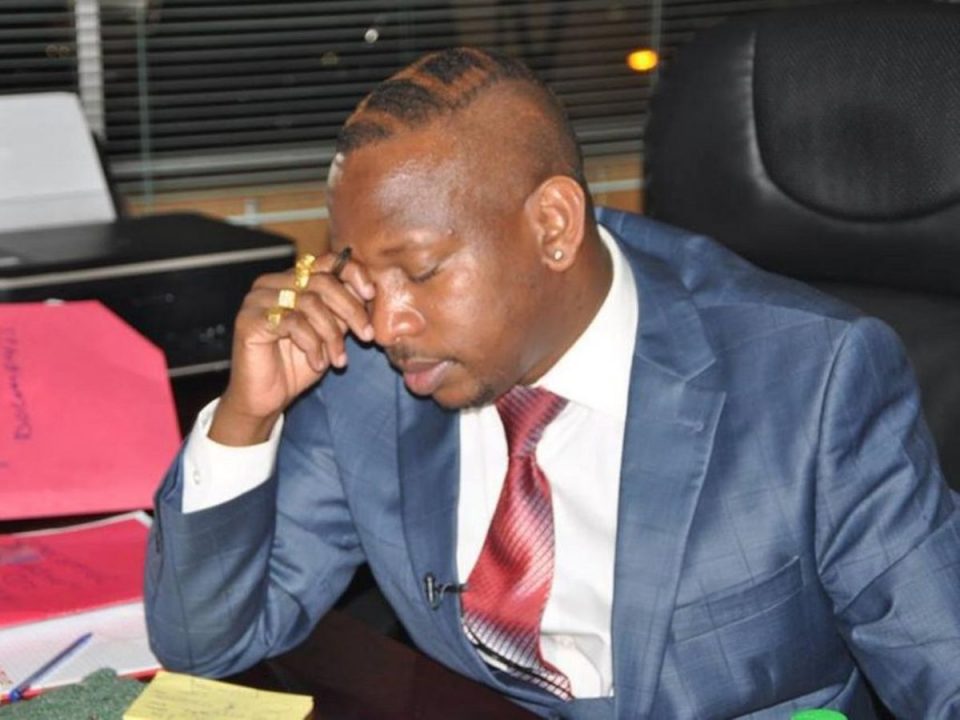 Wailer’s last kick? Despite pulling out all the stops to postpone date with destiny, flamboyant city governor fell to the combined might of conspiratorial city MCAs and conniving wider political establishment fed up with his antics. What went wrong for the son of Kivanguli?

In a typical case of falling by one’s own sword, Nairobi Governor Mike Mbuvi Sonko fell to combined might of conspiratorial ward representatives and a conniving wider political establishment that was fed up with him.

Despite whisking away a sizeable number of MCAs to the Coast to deny the vote the requisite quorum, and obtaining refuge in courts, Sonko was handed a dose of his own medicine when the vote sailed through.

For the once popular governor who punched walls for the poor-oppressed, cried a river for the widowed and persecuted, and offered parallel government services to the neglected poor of the city, it was dramatic to the end.

Immediately after the vote, a protesting band of his MCAs sprung up from their breezy hideaway, holding on to nothing but numbered cards, complaining that their credentials had been used to log on to the electronic voting system, and vote against their own man – Mike Mbuvi Sonko.

In the fury of the events in Kwale and Nairobi, it was hard to immediately figure out the truth. What was clear, however, was that Sonko had been fingered.

“They have used guerilla tactics to log in our details. All the 59 of us have been in Kwale and not Nairobi. When we resume, our first order is to impeach Mutura,” Pangani MCA Peter Wahinya claimed.

At the assembly, voting was conducted virtually using the Zoom platform. A total 88 of the 110 eligible MCAs voted to oust Sonko while only two voted against the Motion. None of the 90 MCAs present at the assembly physically and virtually abstained.

However, the 20 MCAs allied to Sonko, and who are currently in Kwale County with him, did not log in to the Zoom virtual platform used for voting, thus did not vote Yes or No. The assembly has 122 elected and nominated MCAs.

As part of the backroom intrigues to deflate Sonko, Jubilee and ODM parties had on the eve of the vote suspended 12 MCAs allied to then governor over disloyalty in assembly business.

The threshold required to impeach a governor is two-thirds majority, which translates to 82 MCAs. Taking the 12 out of the equation, the quorum for yesterday’s activities scaled down to 73 MCAs.

“The House today has no other option but to execute the last resort, which is impeachment of one Governor Mike Sonko. It comes as a last resort, where consultations have failed,” Minority Leader Michael Ogada, who moved the Motion, told an already-too-willing assembly.

Mr Ogada listed four key grounds of impeachment. They were failure to approve the County’s Sh37.4 billion budget, abuse of office, gross violation of the law, committing a crime under the national and international laws as well as lacking the physical and mental capability to run the county government.

Also listed was alleged illegal diversion of conditional grants to pay for garbage collection contractors and lawyers, use of county funds to pay for foreign travel and accommodation for his wife Primrose Mbuvi and daughter Saumu.

Ogada claimed the leadership of Sonko had exposed the county to ineptitude. A key reference point during the debate was Sonko’s move to sign the deed of transfer agreement because he was incompetent.

Assembly Majority Leader Abdi Guyo claimed Sonko had not held a cabinet meeting since 2017, and had been operating without a functional cabinet, as he had no deputy, nor a substantive county secretary, whereas almost all of his chief officers were serving in acting capacity.

“As Jubilee Party, we are embarrassed to have elected an inefficient and incapable governor and for that I apologise to the people of Nairobi. Next time we will do better,” stated Mr Guyo.

Ngara MCA Chege Mwaura opined that Sonko’s impeachment was meant to return dignity to the office of the governor and the assembly. He was agitated by the fact that for the last three years the assembly had been passing laws meant to aid the county but they were never implemented by the Sonko administration.

Deputy Minority Leader Peter Imwatok challenged the Senate to take the mantle and complete what had been initiated by the assembly.

“You cannot tell me that MCAs who have served as mayors and others such as Ogada for a number of years can be wrong for saying Sonko must go. They have seen better leadership and they know that this county is going wrong. Everybody can see that Nairobi is crippling and we need to save it now,” said Imwatok.

Nominated MCA June Ndegwa said Sonko was being impeached for everything that he was not. She hit out at the MCAs allied to Sonko for not voting, saying those who voted were keen on reclaiming the county and ensuring that service delivery was restored.

Deputy Minority Whip Moses Ogeto pointed out that instead of the governor leading and providing services to the county, he had adopted an ineffective way of serving the people through the Sonko Rescue Team.

But in Kwale, the pro-Sonko MCAs termed the impeachment a sham that would be debunked at the Senate. They claimed their accounts were hacked, forged or illegally opened to vote out the governor.

Sonko watched from a distance as the MCAs tore into their counterparts over the impeachment process at the assembly. “Today devolution is under a trial. We cannot allow the sham process to validate the will of 1 million voters in Nairobi,” said Mlango Kubwa MCA Patricia Mutheu.

Earlier, there was a standoff after the pro-Sonko MCAs rejected a demand by the governor to hand over their mobile phones to, ostensibly, stop them from communicating to anyone.

The MCAs threatened to move to court to challenge the governor’s ouster. They lodged a complaint with police at Kwale Police Station under OB No 18/03/12/20.