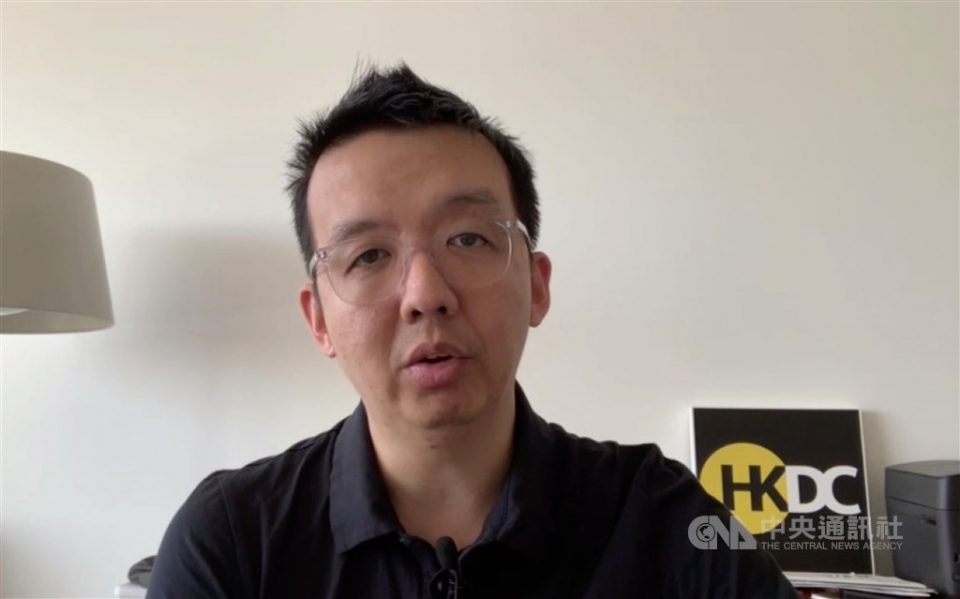 Chu was born in Hong Kong and became an American citizen in 1996. He is the founder and managing director of the Washington D.C.-based Hong Kong Democracy Council (HKDC).

According to a report by Chinese state-run broadcaster China Central Television on Friday, Chu, along with five other democratic activists, is wanted by Hong Kong police for violating the security law.

Hong Kong police, however, neither confirmed nor denied the report.

In a video interview with CNA, Chu said it was “preposterous” that he as an American citizen who lobbies on American soil for democracy in Hong Kong is under the jurisdiction of Hong Kong’s government.

Soon after Beijing’s authorities announced the Hong Kong national security law at the end of June, many feared it might not only affect Hong Kongers, but also citizens of other countries, Chu said.

Enacted by China’s Standing Committee of the National People’s Congress on June 30, the law criminalizes the acts of secession, subversion, terrorism, and collusion with foreign or external forces, and even applies to non-Hong Kong residents who commit those offenses outside Hong Kong.

Chu suggested China’s government was using him to “test the waters” on how the law could be enforced, noting that under Beijing’s standard, all American congressmen who voted to support the Hong Kong Human Rights and Democracy Act (HKHRDA) could be arrested.

Over the past 10 months, the HKDC has successfully converted the U.S. Congress’ verbal support for Hong Kong’s democracy into action, and the Chinese government probably thought that silencing him could halt efforts to try to strengthen Hong Kong’s democracy, Chu said.

The HKDC, however, is not a one-man organization and cooperates with many other groups in the U.S., Chu said.

“They (the Beijing and Hong Kong governments) can target Samuel Chu, but there is going to be another hundred Samuel Chu that they will have to contend with, even if I’m not here.”

Since the HKDC was founded in September 2019, the U.S. Congress has passed several bills and resolutions in support of democracy movements in Hong Kong, including the PROTECT Hong Kong Act, enacted on November 27, 2019, and the HKHRDA, with the help of HKDC lobbying.

Chu said his group is currently pushing for passage of the Hong Kong Safe Harbor Act and Hong Kong People’s Freedom and Choice Act in the U.S., aimed at giving shelter to Hong Kongers threatened by the security law and making it easier for them to emigrate to the U.S.

When asked whether the reported warrant for his arrest issued by Hong Kong authorities will stop him from his lobbying in the U.S., Chu answered with a decisive “no.”

“In some way, that has made it even more clear the purpose and mission of why we exist in the first place. And I think in a way that has helped to crystallize that this is really urgent. It is something that impacts everybody,” Chu said. “This is the true color and the true intention of what the Chinese government is trying to impose, not just in Hong Kong, not just Xinjiang, not just Tibet, but everywhere.”

Sea warning for typhoon likely to be lifted before midnight