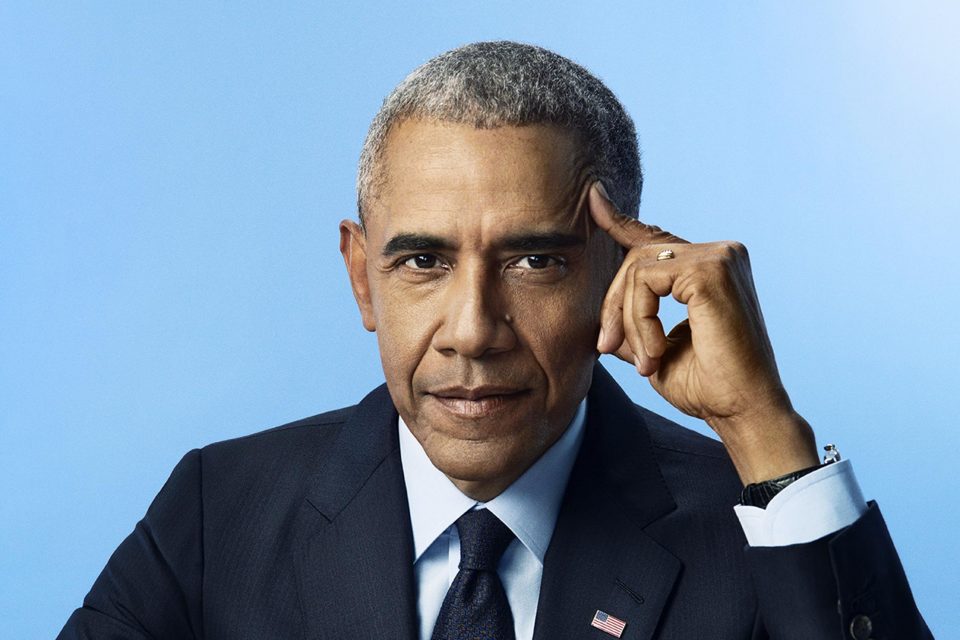 Former US President Barack Obama strived for the “Promised Land” but his refusal to acknowledge the great human suffering caused by his secretive drone war suggests he might never get there.

A Yemeni boy walks past a mural depicting a US drone and reading “Why did you kill my family?” (Photo via Amnesty International)

“How would you feel if your home was bombed by missiles?” a female survivor of a United States drone strike in Somalia told me and my Somali colleagues at an internally displaced person (IDP) camp on the outskirts of Mogadishu earlier this year, for a mini-documentary produced for Byline Times.

“Both night and day, they [the drone strikes] just kept on coming,” another survivor told us. Her husband and nephew were both killed when a missile struck near them in their home village of Janaale in March.

“Our homes destroyed, livestock destroyed, crops destroyed, people obliterated. Our children and I faced so much agony and suffering after being forced to flee. And now we don’t even have a single bag, let alone a home to go to.”

“Our children and I faced so much agony and suffering after being forced to flee. And now we don’t even have a single bag, let alone a home to go to.”

This kind of death and suffering has escalated under the Trump administration, with the current occupant of the White House not only carrying out more drone strikes in four years than his predecessor Barack Obama, but also with far looser rules of engagement, resulting in much greater number of civilian deaths.

After all, Trump made no secret of his willingness to kill civilians in the “war on terror,” even vowing to “take out the families of terrorists” and adding that he wouldn’t be constrained by Obama’s “politically correct war,” thus explaining why civilian casualties have “skyrocketed” under Trump.

That said, Obama has now had a full four years out of office to reflect on his decision to carry out a secretive drone war in a dozen or so countries. But alas, it appears as though the reality of its human cost has thus far escaped him, at least that’s what one can discern from his newly published White House memoir titled “The Promised Land,” a 768-page retelling of his two presidential terms.

At the center of the former President’s defense is the claim that he was called upon to fight a “more targeted, non-traditional” form of warfare due to the porous, amorphous, and non-Geneva Convention bound threat of transnational terrorist organizations. Obama argues that “unlike some on the left,” he “never engaged in wholesale condemnation of the Bush administration’s approach to counterterrorism.”

“Al-Qaeda had scattered and gone underground, metastasizing into a complex web of affiliates, operatives, sleeper cells, and sympathizers connected by the internet and burner phones, our national security agencies had been challenged to construct new forms of more targeted, non-traditional warfare – including operating an arsenal of lethal drones to take out al-Qaeda operatives within the territory of Pakistan,” writes Obama in his memoir.

Essentially, Obama still hides behind the assertion that drone strikes cause fewer civilian casualties than conventional aerial military platforms, while also allowing the US to be more effective at rooting out and dismantling terrorist organizations without having to rotate in and out costly troop deployments.

On both fronts, however, the claim is demonstrably false!

First and foremost, Obama wouldn’t have a clue about how many civilians US drone strikes have killed and injured in Afghanistan, Iraq, Syria, Yemen, Libya, Somalia, Mali, Pakistan and elsewhere. This is mostly because of the way the Pentagon and CIA determine all military aged males – men and boys 16 years and older – to be a legitimate target within a “strike zone,” unless evidence brought forward by the victims proves the contrary.

The Pentagon and CIA determine all military aged males – men and boys 16 years and older – to be a legitimate target within a “strike zone.”

“If boys and men are excluded from the collateral damage count, then the social and political consequences of warfare remain shielded,” observes Dr. Sarah Shoker in her dissertation titled, “Military Aged Males in US Counterinsurgency and Drone Warfare.”

In other words, if all men and boys aged 16 years and older who were in close geographic proximity to the drone strike target are excluded from civilian casualties or “collateral damage” counts, then no one really knows how many civilians US drone strikes have killed in so many countries.

I know firsthand from my own interviews with US drone strike survivors in Somalia that the US military, specifically US African Command (AFRICOM), conceals the number of civilian casualties inflicted by its drone sorties.

For instance, whereas AFRICOM claimed it had assessed that no civilians were injured in its March operations in Janaale, Somalia – survivors reported that more than a half-dozen of their husbands, wives, children and neighbors were killed by US drone strikes during mid-March alone.

When these survivors asked, “How would you feel if your home was bombed by missiles?”, what they’re implying is an expectation that you, like them, would seek vengeance against those who killed your loved ones, which throws a bucket of cold water on the notion that drone strikes dismantle terrorist groups—in fact, their recruitment efforts are buoyed by those seeking retribution.

These arguments against Obama’s secretive drone war have been made often and loud, particularly from human rights groups and anti-war activists on the left. But if there’s a case to be made in the former President’s defense, however, it’s that the White House is the place where idealism goes to die.

The cold hard realities of having to lead the nation in a multi-dynamic, hyper-complex, ever-present, and ever-evolving environmental threats suffocate even the best of intentions.

The implication of the adage is that the cold hard realities of having to lead the nation in a multi-dynamic, hyper-complex, ever-present, and ever-evolving environmental threats suffocate even the best of intentions, including candidates, like Obama, who promised a more human rights centric presidency than his predecessor – George W. Bush.

Obama expresses these challenges by contending that he “took no joy” from his authorized military operations, writing that he “entered politics to help kids get a better education, to help families get healthcare, to help poor countries grow more food, but the work was necessary, and it was my responsibility to make sure our operations were as effective as possible.”

It’s also hard to imagine the pressure he was under as the first black President, one suspected and accused by roughly half of the country of being a secret Muslim, thus making any perceived inaction against “Islamic” terrorism a potential threat to his ability to govern.

That said, it was the hope of many around the world that Obama would come to accept and acknowledge the suffering and death US drone strikes have inflicted and continue to inflict on terrorized communities in far off lands, where US military operations remain steadfast and ongoing.

But that hasn’t happened and thus the “Promised Land” remains elusively out of reach for the 44th President of the United States.

The article first appeared on Inside Arabia

President Farmaajo: We are committed to hold free, credible polls