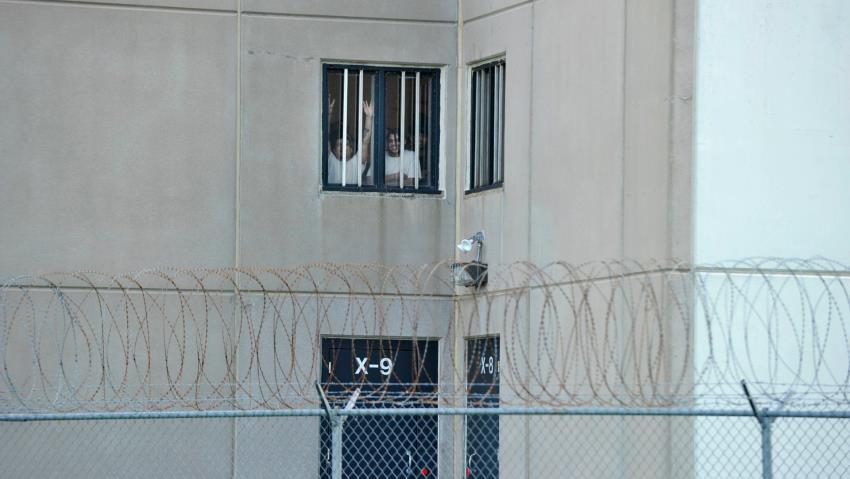 The lawyers have demanded ICE rectify the situation [Getty/ Archive]

Detainees who complained about the situation to the detention centre’s chaplain were allegedly told ‘it is what it is’.
Muslims held at an immigration facility in the US state of Florida are being forced to choose “between their faith and starvation”, a collective of US lawyers said on Wednesday.

In a letter addressed to Immigration and Customs Enforcement (ICE) and the Department of Homeland Security, advocates said they had received reports that Muslim detainees were being served “pork or pork-based products” at the Krome Service Processing Center in Miami.

Pork is prohibited for Muslims according to Islamic law.

“Muslim detainees have been forced to accept these meals,” the letter says, “because the religiously compliant or halal meals that ICE has served have been persistently rotten and expired”.

The letter was signed by lawyers with Muslim Advocates, Americans for Immigrant Justice, and the King & Spalding LLP law firm.

“At least 2-3 times a week, the pre-plated meals unambiguously include pork,” the letter says.

“Consequently, 2-3 times a week, Muslim detainees at Krome are forced to choose between faith and food.”

The advocates allege that complaints have been “wantonly ignored”, with the detention centre’s chaplain reportedly telling detainees: “It is what it is” – a phrase recently used by President Donald Trump.

The civil rights groups have demanded that ICE address the situation and “train, supervise, and discipline all personnel involved in this systematic denial of detainees’ rights at Krome”.

A spokesman for the US immigration body denied the allegations and was quoted by Mic as saying: “ICE’s Performance Based National Detention Standards cover all aspects of detention, to include reasonable accommodation of religious dietary practices. Any claim that ICE denies reasonable and equitable opportunity for persons to observe their religious dietary practices is false.”