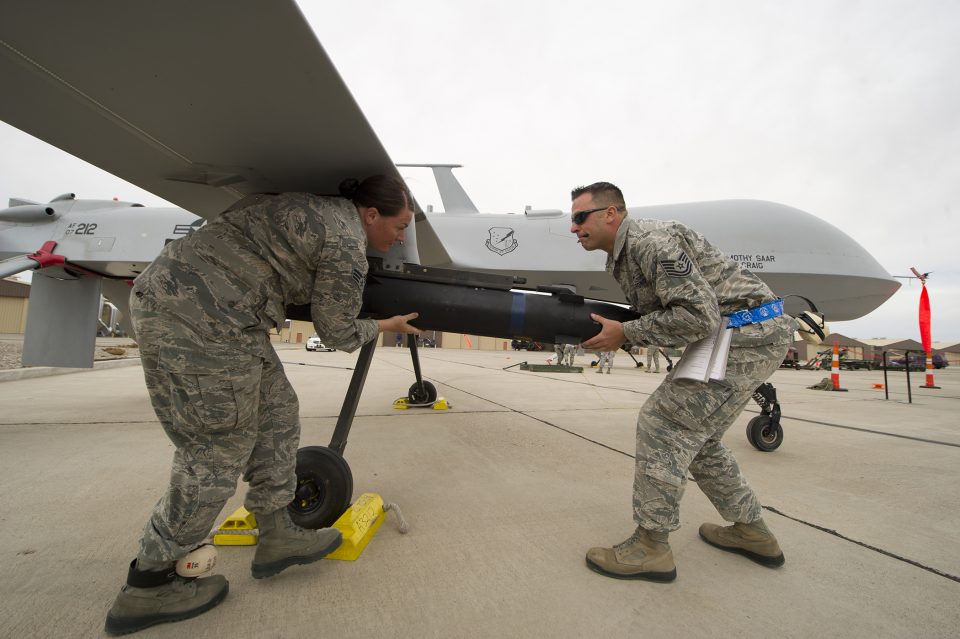 The U.S. military is seeking new authorities to expand its program of lethal drone strikes into Kenya, in order to target al-Shabab fighters in the region, the New York Times reported last week. The request reportedly comes in response to the January 5 al-Shabab attack on the Manda Bay base in Kenya, which killed one U.S. soldier and two private military contractors.

While the authorities have not yet received executive approval, they point toward yet another government effort to expand a secretive and unaccountable killing program on foreign soil. The proposed expansion threatens the lives and safety of civilians living in western Kenya, widens an accountability vacuum that human rights and other civil society groups have been fighting for nearly two decades, and keeps the public in the dark about the legal and policy standards that govern it.

To see how a program of drone strikes in coastal Kenya might play out, we can draw lessons from the U.S. program of targeted strikes in neighboring Somalia, the home base of al-Shabab and the primary target of U.S. action against the group up until now. The U.S. has been carrying out drone strikes in Somalia since 2007, but significantly accelerated the pace and number of its strikes during the Trump administration. In 2018, the U.S. government acknowledged 47 airstrikes in the country; in 2019, 63 strikes, and as of late August 2020, it has acknowledged 46 strikes. Additional lethal strikes may have been carried out, but never publicly acknowledged, by the CIA. By contrast, it only acknowledged 42 strikes total between 2007 and 2017, during the Bush and Obama administrations.

Yet these operations, like drone strike programs in other countries like Yemen, have been plagued by inadequate transparency, a total lack of accountability, and the absence of any redress for those harmed. AFRICOM, the command responsible for U.S. military operations in Africa, has only acknowledged killing five civilians and injuring six others, in just three incidents, which took place between 2018 and early 2020.

Meanwhile human rights group Amnesty International found that 21 civilians were killed in just 9 strikes between October 2017 and February 2020, while civilian harm monitoring group Airwars has found that between 72 and 145 civilians were likely killed in 35 U.S. attacks since 2007, based on its assessment of open source reporting.

Based on AFRICOM’s own public statements, it has not interviewed survivors or witnesses of attacks, though advocacy groups including ours — the Project on Armed Conflict, Counterterrorism, and Human Rights at Columbia Law School’s Human Rights Institute — have urged them to do so. Every indicator suggests that the U.S. undercounts the civilian toll of its lethal strike program — leaving the American public to underestimate the harm it causes. There is no reason to believe a lethal drone program would operate with more transparency in Kenya.

Moreover, deaths and physical injuries are not the only measure of harm. Somalis have repeatedly described a how drone strikes in their communities have led them to live in daily fear, and in some cases flee their homes. They have lost beloved family members and livelihoods, and in the vast majority of cases, they have received no answers as to why they had to suffer these losses. Those who believe their loved ones were hurt or killed by U.S. drones have few options to even report what happened. An online portal to report harm, while better than nothing, remains inaccessible to most Somalis. And even to those with access, it’s confusing, particularly because of poor translation. So far, while the U.S. military has made some public apologies, there is no known payment of redress or compensation to any Somali drone strike survivor or surviving family member. There’s little precedent from any country where the U.S. has a history of drone operations to suggest that any civilian the U.S. harmed in Kenya would stand a better chance of achieving accountability, or redress.

According to the Times report, the new authorities would allow the military to not only conduct  strikes it describes as defensive, but also to launch “offensive strikes intended to pre-empt a suspected threat.” Though the description comes from an unnamed official, if true, the proposal indicates a dangerous willingness to replicate past practice that violates international and human rights law.

Killing individuals based on suspicions, or intelligence reports that may prove to be false, violates their right to not to be arbitrarily deprived of life, a fundamental principle of international law. Human rights law prohibits lethal force except as a last resort in response to an imminent threat that poses a substantial risk to human life, one that cannot be otherwise addressed by measures such as arresting the person. Moreover, looking back over nearly two decades of U.S. counterterrorism actions, we know that strikes based on this type of information have proven deeply problematic in practice, often based on flawed intelligence.

The U.S. has repeatedly failed to disclose to the public its legal rationale for using lethal force in these circumstances, making it difficult to determine whether it is complying with international law.

The Trump administration has gone further, lifting rules that restricted targets on suspected high-level militants, and giving commanders expanded authority to order strikes. We should be able to understand this significant new expansion of a U.S. killing program through clear policy statements that address the legal rationale and scope of any new program, including exactly where and under what circumstances it applies, as well as who may be targeted — rather than relying on the reported statements of unnamed officials.

These strikes have set a dangerous precedent in expanding beyond what other nations see as acceptable uses of lethal force outside of clear armed conflict. Rather than formally expanding this government-sponsored killing program to Kenya, it is time to put an end to these extrajudicial killings for which we have seen little transparency and no accountability.