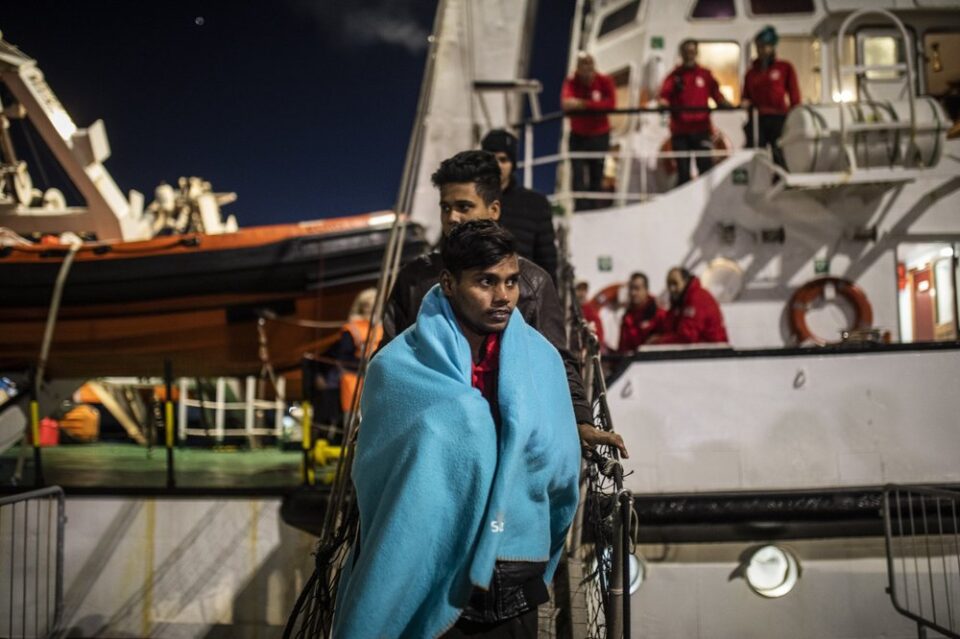 Half of those on board were unaccompanied minors, according to SOS Mediterranee.

More than 200 rescued migrants, half of them unaccompanied minors, disembarked from the Ocean Viking humanitarian ship at an Italian port on Saturday, the charity that runs it said.

SOS Mediterranee also issued a desperate plea for Europe to intervene to save those trying to reach the continent by sea after the Ocean Viking was too late to save 130 migrants from a capsizing rubber boat off Libya on April 22.

But on Tuesday the ship did rescue 236 people, with 15 different nationalities among them, stranded on two overloaded dinghies in international waters off the coast of western Libya.

Many of the migrants were beaten by smugglers and forced to embark, including “some of the 119 unaccompanied minors currently onboard Ocean Viking”, SOS Mediterranee said in a statement.

Pictures taken at the scene showed the 236 migrants were given identity checks and Covid-19 tests as they disembarked at the port of Augusta on the Italian island of Sicily on Saturday.

The unaccompanied minors were taken to a special reception facility.

The Marseille-based charity also called for “an efficient, lawful and humane European search and rescue programme to be urgently re-established, seven years after the end of operation Mare Nostrum”.

“A return to a European search and rescue fleet is the only option. Europe can no longer remain passive in the face of recurring shipwrecks,” it said.

It added that the Ocean Viking and three merchant vessels were the only ships trying to save people from the April 22 shipwreck, when “our calls for support and coordination once again went unanswered”.

But Frederic Penard, SOS Mediterranee director of operations, did welcome that on Friday, “for the first time in months, a European navy ship, from the Italian Navy, conducted a rescue in international waters off Libya”.

“We hope that this rescue heralds growing awareness on the part of European governments,” he added.

So far this year at least 453 migrants have died trying to reach Europe via the Mediterranean, according to the International Organization for Migration.

SOS Mediterranee said it has rescued nearly 33,000 people since February 2016.