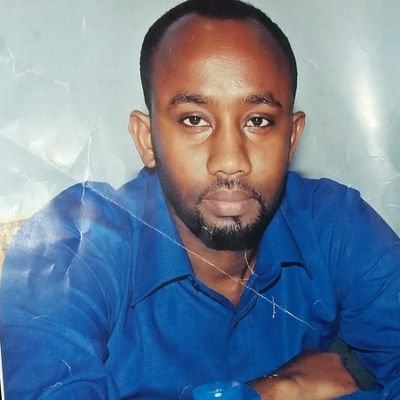 As denoted in the provisional constitution, Somalia is a federal, sovereign and democratic republic founded on inclusive representation of the people, a multiparty system and social justice. Ostensibly, it is crystal clear that Somalia’s political system is federal.

In this regard, there is no room for doubt. Regrettably, we have seen and witnessed tremendous times that there is always blatant meltdown and deadlock among the federal government and the regional states.

Each and every one of the federal and the regional leaders rebukes and push back one another when it comes to the interpretation of the provisional constitution. This ample and conspicuous resilient tiff between them demoralized and freaked out the citizens who desperately need services rather than vulgar remark and hollow rhetoric. Because, Somali people are recuperating closely three decades of civil strife, Humpty Dumpty government, foreign meddling, natural and man-made disasters, disheveled state and other alas. So, the Somali people can’t tolerate any more lack of government’s basic services.

Since 2012, Somalia had a permanent government, and the first president was his Excellency, Hassan Sheikh. During his era, he creates four out of five states including Jubbaland, Southwest, Galmudug, and Hirshabelle. Puntland was established prior to Somalia’s federal government, specifically in 1998. Enormous political pundits believe that Hassan Sheikh was offering further concessions to the regional leaders, and the current federal government leaders shambled and repudiated to showcase tradeoff to the regional leaders, and that is perzactly the underlying causes of the rupture among the federal and regional leaders.

Since the incumbent president Farmajo takes the office in February 2017, there is a widespread aura of hope among the ordinary citizens. Some people believe that Farmajo can be a panacea for the mistrust and the feud among the citizens. There were much kudos and applause among the citizens about Farmajo’s election. Some talking heads opined that maverick Farmajo and flamboyant, pompous Kheire with their staunch gurus don’t recognize the federal system which Somalia takes since 2004.

During farmajo’s scorched-earth campaign, he pledged that, if he becomes the president of the nation, he will give a reward to anyone who tells the security agencies anything which can harm the people. Additionally, he says repeatedly that, his government will provide aid to the victimized families. Plenty of people said these outlandish promise could end in vain and bog down. Because it’s irrational and self-defeating as far as the country is yet struggling so many security challenges. In his era, so many explosions, organized crimes, and other extrajudicial killing happened including one of the deadliest explosion globally the so-called 14 October

Somalia needs neither docile nor deviant!

It’s well-believed that, Somalia doesn’t want any more conflict among the leaders. But, in our gut feelings, if we mull over what is going on Somalia’s political environment, we can see how the leaders are so divided within. There are so many reasons behind this deep-rooted conflict among them which is worsening throughout the political voyage including:-

The other side of the table, Article 53 says “in the spirit of inter-governmental cooperation the federal government shall consult the federal member states on negotiations relating to foreign aid, trade, treaties, or other major issues related to international agreements. Also, article 54 clarifies the federal government’s singular powers including Foreign Affairs, National Defense, Citizenship and Immigration and Monetary Policy. With all these roles and responsibilities mentioned in the provisional constitution, there are conspicuous and blatant cacophony, dichotomy and loggerheads among the federal government and its federal units.

Moreover, the disaster is, the political leaders both federal and regional level are persisting each one of them their knee-jerk actions, looking for just their ego trip, tended self-serving, while the civilians are suffering and languishing which is alas, hocus-pocus and dumber than a rock.