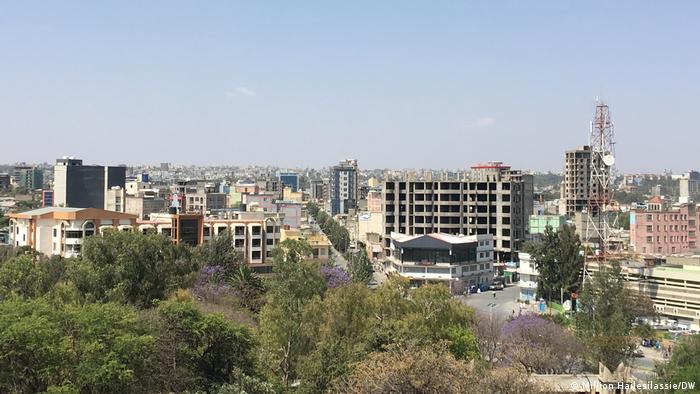 Possible cease-fire talks have been thrown into doubt after the TPLF said its capital was hit by an air strike. The strike reportedly hit a university in Mekele.

The capital city of the Tigray region in northern Ethiopia was hit by an air strike on Tuesday, a hospital official said.

Kibrom Gebreselassie from the Ayder hospital in Mekele said on Twitter that there had been an “early morning drone attack.”

“One injured patient has arrived at Ayder. Total casualties not yet known,” he added.

The strike comes days after the Tigray People’s Liberation Front (TPLF) — who have been fighting the central government for almost two years — said they were open to joining African Union-led peace talks.

What do we know about the air strike?

Several TPLF officials said that the air strike had hit a campus of Mekele University.

TPLF spokesperson Kindeya Gebrehiwot said that the university had been “bombed” causing injuries and property damage.

“This is happening after the [government] of Tigray established a negotiating team and expressed its readiness for peace talks,” Gebrehiwot wrote on Twitter.

Reports are difficult to verify as access to the region has been restricted.

The city has been hit several times since hostilities started up again in August, following a truce that was agreed upon in March.

Fighting flares up in Ethiopia after five-month lull

Government forces and their allies, which now include Eritrean troops, have cut off aid deliveries to the Tigray region. The UN says that a lack of essential goods is triggering a humanitarian disaster.

Cease-fire talks in the balance

The TPLF announced on Sunday that it was ready for an “immediate and mutually agreed cessation of hostilities.”

Both sides have now expressed interest in peace talks facilitated by the African Union (AU).

The readiness declared by the TPLF was welcomed by AU Commission chief Moussa Faki Mahamat as well as UN Secretary-General Antonio Guterres.

Germany also called on the Ethiopian government to “follow through on its commitment” to possible peace negotiations.

Hostilities first broke out in November 2020 and have seen thousands killed and millions more displaced.

Writing Piracy in Somalia: Who Controls the Narrative and How?

EU aid money dries up due to Ukraine – Bill Gates