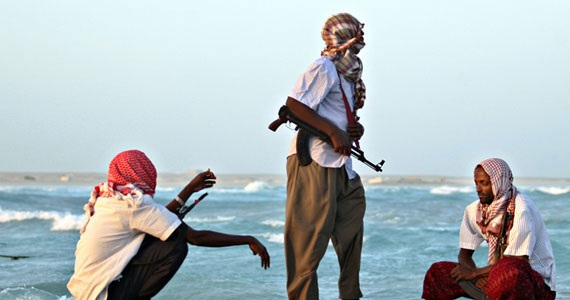 I was excited, on first glance, to see Stig Jarle Hansen, the prominent Norwegian expert of maritime piracy and terrorism, review my book, Piracy in Somalia: Violence and Development in the Horn of Africa (Cambridge University Press, 2019) in Northeast African Studies.[1] Among the earliest to research Somali maritime predation, Hansen’s body of work on the topic remains foundational to anyone studying contemporary maritime piracy in general and piracy in Somalia in particular. Even where I disagree with his analyses and conclusions, Hansen’s work remained among that of a handful of other scholars that I held as a mirror as I researched and published on the topic.

My understandable excitement quickly faded as I read through his review, however. Beyond the need to correct the record about what is and isn’t in my book that Hansen’s review misrepresents, I am compelled to offer this rejoinder because it is relevant to wider questions of the power-knowledge nexus and knowledge production in a postcolonial setting. NEAS would not receive my submission because that journal does not accommodate responses to book reviews that it publishes, hence my submission to African Arguments’ Debating Ideas.

It is apt to start with two inter-related active omissions that are typical ways of controlling the narrative and silencing or discrediting other voices. First, Hansen charges “a clear indication of a form of sea-blindness” in my book because of its focus on factors on land. Second, he argues that the book “completely neglects” offshore measures such as the ships’ implementation of Best Management Practices (BMPs), which his own for-profit security firm (MARISK) found to be important.[2] Of the five substantive chapters of my book, an entire chapter (Chapter 5: International Counter-Piracy as a Means and an End) is dedicated to a critical survey of the exact offshore international counterpiracy measures that Hansen said are missing in my book.

Moreover, a central point of my critique of those militarized international responses at sea was the fact that BMPs have been effective non-military responses to piracy at sea. On that, my book concludes, “The limited available research on the topic [of BMPs] indicates that some or all … of these best management measures have been present in the majority of the more than 70 percent of failed pirate attempts globally and in close to 60 percent of those in the Horn of Africa”.[3]

If Hansen’s critique in this regard was my failure to consult MARISK’s resources, it behoves me to mention ethical and practical problems with the mere suggestion. Ethically, it constitutes serious conflict of interest for any reviewer to criticize a scholarly work for its failure to use their own resources, especially commercial ones. Practically, I did not have the luxury of external funding to afford an Oslo-based commercial data service about developments in Somalia; in fact, a bulk of the research for this book and other works was self-funded (at great cost to my personal finances). That is in large measure due to funders’ problematic adjudication processes that underrate certain locations of knowledge and disadvantage certain sources and ways of knowledge production – which I will come to later. Similar thinking also impedes access to sources for researchers from the Global South.

For example, the United Nations Office on Drugs and Crime (UNODC), which monitored Somali piracy, denied me any cooperation beyond their newly arrived intern meeting me at a café outside their regional headquarters in Nairobi to give me their publicly available publications. Brittany Gilmer’s fascinating 2014 book, Political Geographies of Piracy,[4] offers a window into the thinking and practice of that office that may explain their interaction with me.

Hansen commends the weighing of “different causes [of piracy] against each other” in the book but quickly dismisses it as having “cherry-picked” sources to present “the simplistic view that piracy was caused by ‘illegal fishing’ that then transformed into predatory piracy”.[5] I marvel at how I pulled off such a glaring contradiction in one volume, but Hansen’s own work is one of the main sources that I relied on to downplay piracy in the first half of the 1990s.[6] My other sources include freely available reports of the International Maritime Bureau (IMB) of which I made a statistical comparison for the 1994–2004 and 2005–15 periods.[7] Accordingly, Somali piracy remained minimal until 2000.[8] In 2005, the new wave of ransom piracy kicked off with the capture of Feisty Gas in April.[9] I broadly classify the two as defensive and predatory, which I borrow from leading British maritime scholar, Martin N. Murphy, and from preeminent Somali scholar Abdi I. Samatar et al. who expounded on it.

The scholarship on the topic and my own research would have greatly benefited from Hansen’s intervention on the complex, non-linear genesis and evolution of piracy that I presented. But Hansen moved on to point out the consequent “major fault of the book: the lack of understanding of the legal ambiguities that have plagued Somali waters”. This is an area about which Hansen was – and clearly still is – wrong. Elsewhere in his earlier work, Hansen argues that because Somalia forfeited the claim to its waters, foreign fishers could fish there without being in violation, which is erroneous.

Piracy in Somalia offers a brief historical and jurisprudential evolution of the current Law of the Sea (UNCLOS of 1982), African positions on international maritime limits/resources, and Somalia’s interaction with both. Borrowing from and building on a groundbreaking 2014 study by Afyare Elmi and Ladan Affi and backed with primary documents, I establish that Somalia was among the first to sign UNCLOS in 1982 and ratified it in 1989. Both these acts nullified Somalia’s 1972 decree – which itself had been encouraged by the Organization of African Unity (the predecessor of the African Union). My sources included Somalia’s own instrument of ratification, i.e. Decree No. 14 of 9 February 1989 issued by the Presidency of the Somali Democratic Republic. Notwithstanding, Hansen wrote: “Weldemichael cites no legal sources for his statements on this.” Hansen goes on to cite his personal correspondence with leading Australian scholar of maritime law, Douglas Guilfoyle, in which the latter reportedly dismissed what I presented as “legal nonsense.

Textbooks have always continued to list Somalia’s excessive territorial sea claim of 1972”.[10] That two Somali scholars then based in the Middle East and another African scholar in the Global North could be correcting those textbooks appears to be foreign in this reported exchange; I do not wish to speculate why that may be. But according to United Nations Treaty Collection, which is the repository of UN treaties, their signatories and dates of member states’ ratifications, Somalia signed UNCLOS immediately on its declaration in 1982 and ratified it in 1989. Suffice to highlight here the preposterous valuation of one’s own personal correspondence with another scholar as authoritative while actively invalidating others’ citation of the pertinent primary source(s) as non-existent (not even undervaluing it).

This is one more proof of how the power-knowledge dynamic privileges certain locations and producers of knowledge, and ways of knowing; that also renders fraught the funding for such knowledge production. One typical example is the Social Science and History Research Council (SSHRC), the principal scientific research funding agency in Canada, which rejected my 2020 application on “Somalia after Piracy” on the basis of one reviewer (out of three), who first read my proposal as dealing with piracy (and not post-piracy), and second because of their view that I was neither in the media, nor influenced policy, nor had a scholarly score that they believed was commensurate with the position I held.[11] In other words, beyond being undeserving of the funding I sought, I was deemed unqualified to hold the position/rank that I do. That a reviewer thought so is one thing; that Canada’s federal funding agency went ahead with it is another. Both reflect offhand treatment of some scholarship and scholars, some funders’ performative decoloniality, and some editors’ and publishers’ unwillingness and/or inability to see through them.

Hansen must have confused me for a policymaker when he wrote in his review of my book, “It seems like Weldemichael has a ‘no fishing’ stance on fishing in the 1990s in Somali waters, both denying the fishing license regimes of regional states such as Puntland and Somaliland … as well as previously held licenses (but still de jure valid) held by Somali national actors”.[12] First, fishing licences are not given out in perpetuity; they have limitations on duration (in terms of weeks/months within the fishing season), areas, methods, vessels, and quantity and types of fish. Accordingly, one can legitimately question the legality of foreign fishing off Somaliland before (and after) May 1991, and off Puntland before (and after) August 1998 without prejudice to their rights to issue licences. Second, given the limited capacity of these states – and of Somalia as a whole – to monitor judicious implementation of the terms of the licences that they issued, I documented brazen violations and irregularities, including copies of fake licences issued to one vessel being used for another.[13]

Finally, given that several experts argue that such powers are only vested in sovereignty-wielding national governments and the collapse of the Somali state made it imperative (by international legal instruments) for the world to preserve Somalia’s waters, I argued that these obligations fell by the wayside.[14] All these points are legitimate subjects of scientific interrogation, and I did so as a scholar and not as a policymaker nor even a national of that country.

The review has several other inaccurate representations of my book’s material and incoherencies on the subject that I cannot correct without sounding unproductively argumentative. However, as a matter of principle, I need to stress that book reviews are intellectual exercises intended to advance scholarship and knowledge while announcing to wider audiences the publication of the books being reviewed.[15]

A cornerstone of this service is an accurate presentation of what the reviewed book says/does (data, analysis and conclusions) even if a reviewer is harsh about the book’s shortcomings and chooses to act as a gatekeeper. My book, Piracy in Somalia, is a 200-page account of the rise, fall and impact of piracy. I submit that such a brief account of a complex criminal enterprise is bound to have many shortfalls. No such works can be sufficiently exhaustive but be mere complementary to previous works and steppingstones to future ones. That is why I welcome constructive criticisms of my work in ways that also help advance the field of study, which is still wanting.

The author is Professor and Queen’s National Scholar of African History at Queen’s University, and a member of the Royal Society of Canada, College of New Scholars.