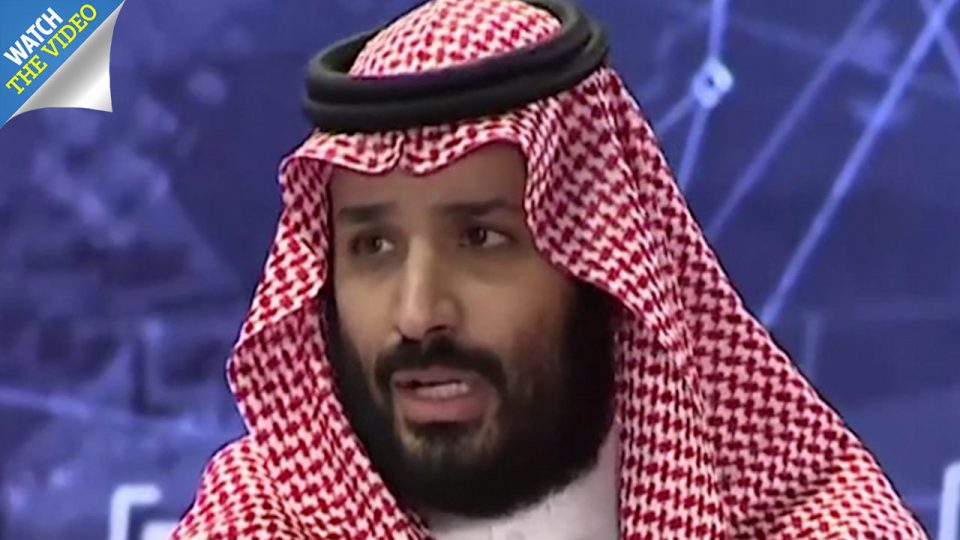 21 May marked UNESCO’s World Day for Cultural Diversity and the Kingdom of Saudi Arabia, a heavy contributor of UNESCO, released a beautifully shot and edited one-minute video that concluded with the words: “Saudi Arabia’s diversity is a rich and evolving story.”  The following day, Saudi media outlets released the story that the sons of the murdered journalist Jamal Khashoggi have forgiven their father’s killers.

Jamal was lured to the Saudi consulate in Istanbul on 2 October, 2018; he was then murdered and his body butchered. Five of his assassins have been sentenced to death, and another three to a total of 24 years in prison.  The opaqueness of the Saudi court system prevents us from knowing who the men are, though we do know that Saud Al-Qahtani, a key figure in the plot, has escaped any punishment.

Where is Jamal Khashoggi?… – Cartoon [Sabaaneh/MiddleEastMonitor]

The two stories juxtaposed – Saudi cultural diversity and the forgiveness of the sons for the murder of their father – capture, like postcards, the essence of a society being relentlessly twisted to fit a particular narrative:  a country, bold and opening itself to the world, a place where diversity thrives and tolerant Islam is practiced. The narrative has been constructed, no expense spared, to satisfy the demands of the Crown Prince and de facto ruler Mohammed Bin Salman (MBS). Like any good propaganda exercise, it has elements of truth woven into the big lie – Saudi Arabia does, for example, have spectacularly beautiful natural sites like Al-Ula, and the harsh Wahhabist version of Islam no longer has the ruling family’s stamp of approval.

Convicting eight men out of 11 charged from a murder squad that numbered 15, whilst exonerating MBS’ consiglieri Al-Qahtani, was in itself a feat of judicial necromancy. There was never any possibility that the crown prince, the man whom the Central Intelligence Agency, amongst many others, believe ordered the killing, would be held accountable.

Jamal’s fiancée Hatice Cengiz, on hearing the news of the sons’ forgiveness, tweeted: “His ambush and heinous murder does not have a statute of limitations and no one has the right to pardon his killers.” She has campaigned tirelessly and with great courage to keep Jamal’s story in the public domain, most recently in a bid to stop MBS from using Saudi Arabia’s Public Investment Fund (PIF) to purchase Newcastle United football club.

Another brave young woman, Loujain Al-Hathloul, was arrested two years ago this month. Her crime was campaigning for women’s right to drive and ending the male guardianship system. Loujain’s family claim that she has been tortured in jail, an allegation that Amnesty International and other human rights organisations say is credible. Among those alleged to have tortured her is Al-Qahtani. Loujain’s brother told the Guardian that Al-Qahtani oversaw her abuse: “He sat in on one of the sessions. He told her: ‘I’ll kill you, cut you into pieces, throw you in the sewer system. But before that, I’ll rape you.’”

Loujain has been told that if she signs documents declaring that she has not been tortured she will be released. She refuses to do so, and remains in jail, along with thousands of others, protesters and prisoners of conscience, clerics and business people – anyone who may have had the temerity to question the wisdom and the leadership of the crown prince, anyone who may stand in the way of his financial interests, anyone who may have done nothing other than to arouse his suspicion that they could, possibly, present a threat.

Those outside the kingdom who, like Jamal have fled, are in danger too. The most recent case is that of Saad Aljabri who has been in Canada since 2017. On 26 March, two of his adult children, who remained in Saudi Arabia, were arrested along with his brother, and are being held in an unknown location.  MBS hopes to use them as bait to force Aljabri back. He was a senior intelligence figure close to the now-jailed former minister of the interior and ex-crown prince, Muhammad Bin Nayef. Gerald M. Feierstein of the Washington-based Middle East Institute, stated in The New York Times: “The broader issue is that MBS is nervous about anybody who is outside of his control,” adding that because of Aljabri’s decades of intelligence work he would know “where the bodies are buried”.

MBS’ “modern” Saudi Arabia has the unmistakable whiff of Stalinism about it – the cult of personality around the great leader, the expensive propaganda films, the co-option or coercion of the families of his victims, the imprisonment and the abuse by his henchman of Loujain Al-Hathloul and the harassment of and threats to his critics and opponents outside the kingdom. Wrapped up in an insatiable quest for wealth and power, driven by a vast ego, doted on by his aged father King Salman, beset by the paranoiac’s fear of anyone seen to challenge his power, piece by piece, Mohammed Bin Salman builds his kingdom of fear.