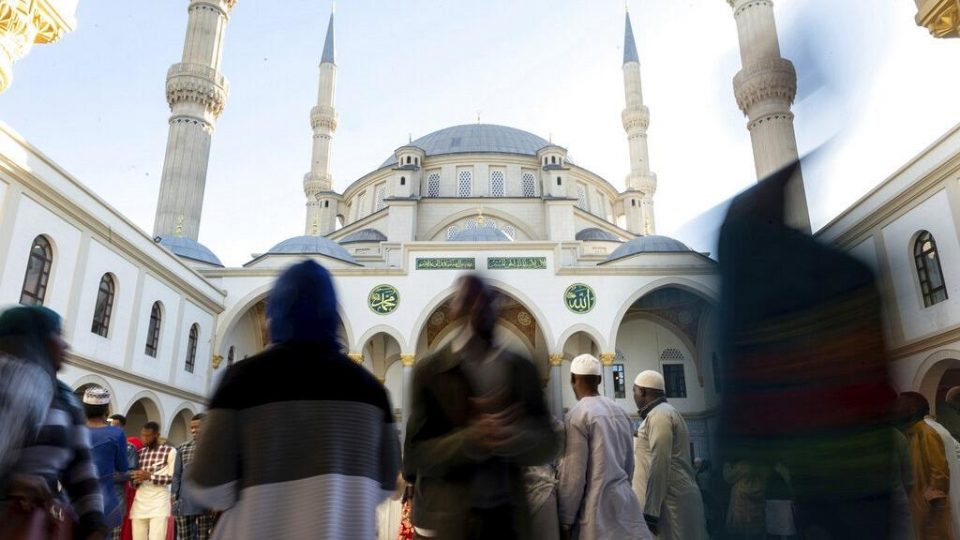 Muslims across East and West Africa are celebrating the post-Ramadan fete of Eid-ul-Fitr today (Saturday, May 23) despite a majority of Muslims nations observing the 30th day of fasting ahead of Eid on Sunday.

In Somalia, Minister of Religious Affairs and Endowment, Sheikh Nur Mohamed Hassan announced today’s Eid late Friday after eight people came forward testifying they have sighted the new moon in the vicinities of Mogadishu, the capital.

President Mohamed Abdullahi Farmaajo also posted a video on Twitter congratulating Somalis at home and abroad on the completion of Ramadan. Reports say some Muslims in Ethiopia and Kenya are also observing festivities.

Across much of Muslim dominated West Africa, authorities officially declared today as Eid-ul-Fitr: from Niger to Senegal, Mali and The Gambia, the faithful have been asked to observe the Eid and not fast.

In Nigeria, the leader of Muslims – Sultan of Sokoto – declared Sunday as Day of Eid because there had been no local sighting of the moon.

But a number of people are critiquing the decision stressing that Nigeria could depend on neighbour Niger to declare Eid. A number of people aver that the authorities were only following an earlier May 24 declaration by Saudi Arabia.

The “discord” about when to start or end Ramadan is not totally unexpected given that the start or completion depends on the sighting of a new moon.

The Islamic month has 29 or maximum 30 days. So on the 29th day of a month, if a new moon is sighted, a new moths sets in the following day; if not, the 30th day is observed.

At the end of the 29 or 30 days of fasting, Muslims celebrate Eid al-Fitr which literally means “festival of breaking the fast” in Arabic. On the day, Muslims attend a special prayer at outdoor locations or mosques. The process consists of a short congregational prayer followed by a sermon.

After the prayer, they visit friends and relatives, give gifts especially to children, and make phone calls to distant relatives to exchange greetings of “Eid Mubarak” or “Blessed Eid.”

The context of the COVID-19 pandemic has largely altered how the day is being observed. Some countries still have bans on gatherings and worship, hence Muslims are asked to observe the prayers at home.

In cases, where they are allowed to congregate, there is a strict enforcement of social distancing rules and persons are supposed to observe anti-virus protocols which include the wearing of masks and other hand hygiene practices.