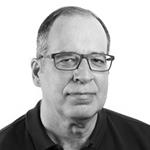 The CEO-president’s rambling response to the COVID-19 crisis shows nations cannot be governed as if they are companies.

Nations should be governed as if they are companies.

Nations should be governed by men or women who have owned a company – preferably a big company.

For generations, this has been the neo-liberal mantra about how nations are organised, who is best qualified to lead and how citizens are expected to play a deferential role at the behest of owners turned presidents or prime ministers.

Donald Trump is the personification of the idea that chief executive officers can slip into the Oval Office from the corner office with ease and acuity, despite the murky means by which they may have achieved their corporate “success”.

The corollary to this CEO to POTUS trajectory is that, once in place, the former businessman will expertly swing a machete to slash the waste, bureaucracy, regulations and duplication that exists in “bloated” governments.

This has translated into round after debilitating round of cuts to social and health services by a litany of Western governments in the malleable name of curbing deficits accrued, of course, by massive, publicly-funded bail-outs of reckless banks and other corporations deemed “too big to fail”.

It is a familiar libertarian refrain: Empower the mythical corporate saviour with the requisite mythical managerial skills to chop the size and scope of government and “unleash” the “marketplace” and all will be prosperous and well.

America’s latest CEO president’s tardy, blundering and truth-allergic response to the global COVID-19 pandemic has, once again, exposed how absurd and damaging to the public good this simplistic thinking about the nature of governance and leadership has been.

As the pandemic grows exponentially and spreads throughout the US day by day and risks overwhelming the infrastructure’s ability to react, the wealthy businessman as commander-in-chief trope is plainly and emphatically discredited.

Anyone who denies this has not watched as Trump, the made-for-TV-businessman-turned-made-for-TV-politician, repeatedly claims that he and his equally inept administration have the pandemic “totally under control”.

Over the weekend, Trump even emerged from his fact-free cocoon to gloat that he was “very happy” that the US Federal Reserve had cut its benchmark interest rate to near zero and that Americans, fighting over toilet paper and groceries, should “relax”.

A day later, in reply to a question about how he would rate his performance dealing with the COVID-19 crisis from one to 10, Trump said: “10.” Only the gullible were reassured or impressed.

Still, for a long, disconcerting time, much of the corporate media now questioning Trump’s fitness as president given his incoherent inaction to a swelling pandemic were impressed with his corporate credentials that made him an ideal candidate to become Mr President.

But, like Trump, the corporate media has not only been in denial, it has also airbrushed the history of its complicity in elevating him to a cultural icon and, ultimately, into the presidency.

Trump and his flamboyant brand were celebrated in books, magazines, and other legacy and emerging media as a classic example of the successful pursuit of the “American dream” – which is invariably measured in the number of zeros you earn.

Beyond his crass reality TV show, which reinforced the caricature of Trump as the uber-businessman, he exploited his ubiquitous presence on cable news networks to embed himself in the national psyche which, no doubt, fueled his political aspirations and conviction that he could win. He had lots of help doing that.

Trump was interviewed ad nauseam by solicitous hosts far beyond the comfortable confines of Fox News, where he was invited to share his simplistic prescriptions for America’s problems and his typically ill-informed, acidic judgement of then-President Barack Obama. This included trafficking in lie-infected conspiracy theories about Obama’s birthplace.

Back then, Trump’s lies were not fact-checked. They were platformed again and again and again by TV personalities who, lately, have been excoriating him in columns or making cliche-ridden soliloquies about the urgent necessity for Americans to “band together” in spite of the president’s COVID-19 negligence and happy platitudes.

Clearly, Donald Trump is not the first president to have leveraged the vaunted neo-liberal title of “businessman” into president.

Armed with a Harvard Business degree, a stint as an oil executive and coownership of the Texas Rangers baseball club, former Republican President George W Bush, rode first into the Governor’s mansion in Austin, Texas and then into the White House.

Bush’s tenure as president is defined by one calamity after another. Each one was a repudiation of the sophomoric notion that running a business is remotely akin to running a government with complex, nuanced duties and responsibilities at home and abroad.

A cursory glance at his record confirms this. Bush assured himself, Americans and the world that the post 9/11 invasions of Iraq and Afghanistan would be quick, easy, cheap and effective. He was wrong on every count. The exclamation point of his disastrous geopolitical folly was declaring memorably: “Mission accomplished.”

In August 2005, Hurricane Katrina struck Louisiana, breaching levees, obliterating countless communities and killing thousands. Bush, America’s then CEO president, grudgingly returned to Washington from his 29-day vacation on a Texas ranch. Detached and aloof, Bush hovered above the carnage in a helicopter and boasted, with Trump-like, reality-defying bravado, that a top relief official was “doing a heck of a job”.

And, finally, in 2008, a stunned Bush was reduced to a talking mannequin as the US economy collapsed and teetered towards depression after the sub-prime scam suddenly unravelled.

So, taken together, Trump and Bush have established:

Nations are not companies.

Nations should not be governed as if they are companies.

Nations should be not governed by men or women who have devoted their private lives to making money.

The views expressed in this article are the author’s own and do not necessarily reflect Warsan’s editorial stance.