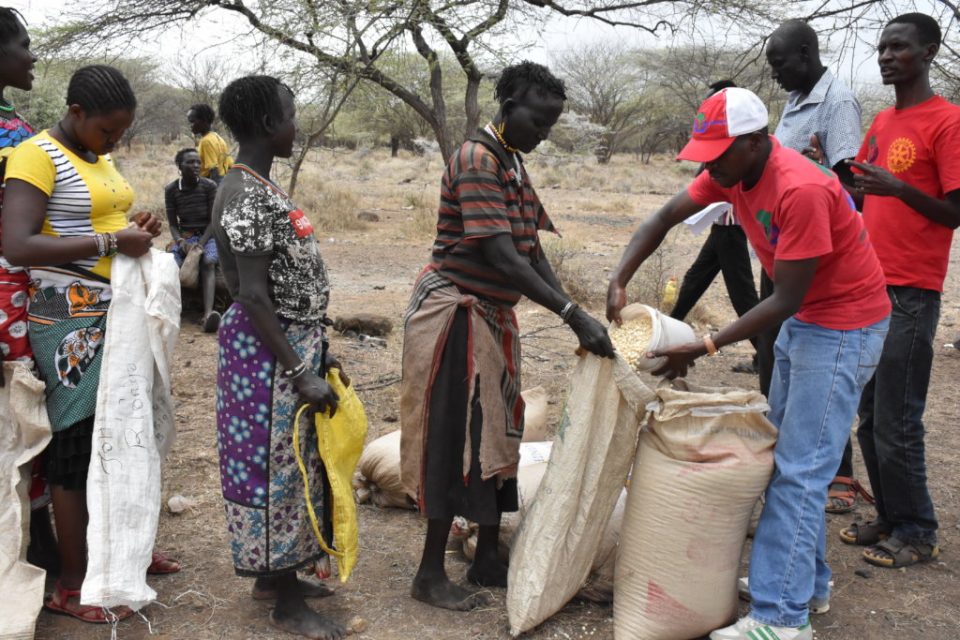 Western observers used to regard Kenya as a regional leader but the truth is that this role is actually played by Ethiopia, which isn’t just a sincerely sovereign state unlike its neighbor, but also had the foresight to prioritize agricultural production years ago and is thus able to manage the global food crisis caused by the US-led West’s anti-Russian sanctions much better than anyone else in Africa.

The perfect storm is crashing into Kenya as its worst drought in 40 years combines with its de facto compliance with the US-led West’s anti-Russian sanctions to create a major crisis. CNN warned about the consequences earlier this week, which Sputnik followed up on by reminding everyone of the major role that Russia used to play in helping Kenya meet its people’s nutritional needs. Those two pieces were preceded in mid-July by a report alleging that “(Kenyan) Traders have shunned Russian supplies, fretful of repercussions following the sanctions”, which resulted in a decrease of 13.3 billion Kenyan shillings’ worth of imports from Russia (roughly equivalent to $111 million).

Even though Kenya hasn’t formally jumped on the US’ bandwagon by sanctioning Russia, its Ambassador to the UN sent a very strong signal to his country’s businessmen in early March that they shouldn’t trade with that country when he compared Russia’s special operation in Ukraine to Western colonialism. This East African country generally enjoys economic and political stability but is widely regarded as an Anglo-American proxy in the region. That explains its de facto compliance with their anti-Russian sanctions, which has proven disastrous since Russia used to supply the lion’s share of its wheat and a sizeable amount of its fertilizer too.

The impending crisis that this purely political decision has caused could be devastating for Kenya’s traditional stability, yet Russia still remains eager to resume its agricultural exports to that East African country if it has the interest in receiving them. This is because that Eurasian Great Power pursues a strictly non-ideological foreign policy and still respects that Kenya hasn’t formally sanctioned it even though it’s informally done so. The optics of Nairobi officially eschewing compliance with Washington’s sanctions play to Moscow’s advantage by showing that the entire Global South remains opposed to these unilateral economic restrictions that violate international law.

Kenya’s situation stands in stark contrast to neighboring Ethiopia’s, whose visionary leadership represented by Prime Minister Abiy Ahmed wisely foresaw the need to prioritize agricultural production years ago. That forward-looking policy resulted in its Agriculture Minister reporting earlier this summer that its wheat output is expected to jump a whopping 70% this year. Furthermore, unlike Western-dominated Kenya, Ethiopia is fiercely sovereign and has literally fought for the past two and a half years to defend itself from the Western-backed TPLF-driven Hybrid War of Terror that was unleashed against it as punishment for this civilization-state’s principled neutrality in the New Cold War.

This explains why the Russian-Ethiopian Strategic Partnership is the centerpiece of Moscow’s renewed engagement with the wider region while Russian-Kenyan relations have been put on the backburner due to Nairobi’s decision to appease its Anglo-American partners. Western observers used to regard Kenya as a regional leader but the truth is that this role is actually played by Ethiopia, which isn’t just a sincerely sovereign state unlike its neighbor, but also had the foresight to prioritize agricultural production years ago and is thus able to manage the global food crisis caused by the US-led West’s anti-Russian sanctions much better than anyone else in Africa.

The lessons to be learned are several and each is equally important. First, some African countries like Kenya give off the pretense of sovereignty by not officially joining the West’s sanctions even though they’re informally complying with them. Second, this has proven to be disastrous for their food security, which leads to the third lesson of this amounting to the self-inflicted destabilization of their own societies. Fourth, all of this could have been avoided had their leadership had the wisdom to prioritize agricultural production, and the last takeaway is that Ethiopia avoided all of these strategic pitfalls and is thus the leader that all other African states should consider following.

Invoking Empire in the Face of Collapse: A Dangerous Nostalgia