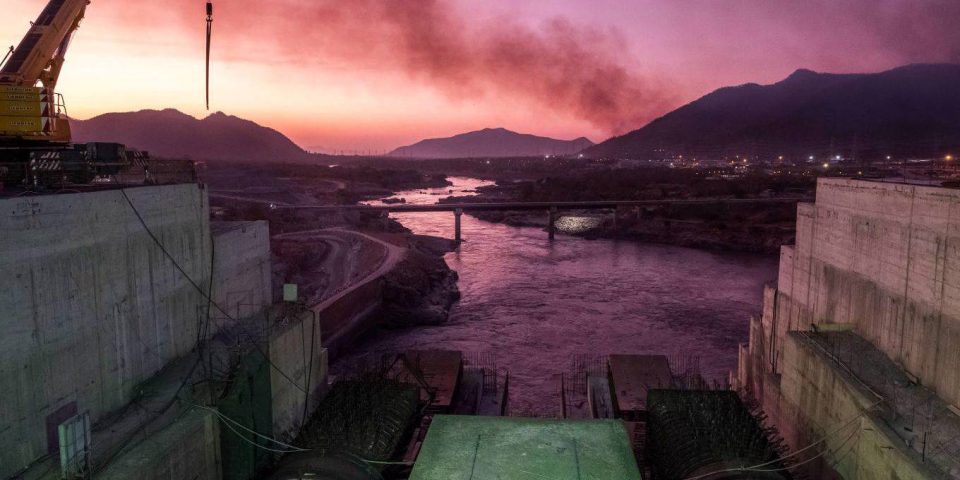 Ethiopia and Egypt have again failed to reach an agreement on the Grand Ethiopian Renaissance Dam on the Blue Nile, raising fears that the entire region may be plunged into conflict. But a similar dispute in South America in the 1970s shows how this outcome can be avoided.

In 2011, Ethiopia launched construction on the Grand Ethiopian Renaissance Dam (GERD) in the Blue Nile, in order to secure its water resources and generate hydropower. But the project has been highly controversial, with Egypt, located downriver, objecting strongly to it. Unless the two countries can reach a negotiated settlement, the entire region could be plunged into conflict.

For Ethiopia, the GERD could ease a chronic energy shortage that has left over 55% of the country’s population without access to electricity. The dam also has emotional significance, promising to fulfill a dream long etched in the public’s imagination.

But the Nile is strategically significant for every country it touches. Egypt’s agricultural sector depends heavily on its waters. Dam building raises serious concerns for everyone downstream.

That shared dependence on the Nile is why, in 1999, ten countries created the Nile Basin Initiative as a forum to discuss the sustainable management and development of the river’s resources. The Initiative then began developing the Cooperative Framework Agreement, which outlined countries’ principles, rights, and obligations and sought to establish a permanent Nile River Basin Commission to facilitate the CFA’s implementation.

But, in 2010, Egypt and Sudan rejected the CFA. A year later, Ethiopia began building the GERD anyway, choosing to self-finance the $4.8 billion project. The first filling of the reservoir was recently completed, and the remaining 25% of the project will be finished when the dry season arrives.Meanwhile, tripartite talks, mediated by the African Union, have continued, including this summer, but have yielded no progress, owing to two sticking points. The first is drought mitigation: Egypt wants to secure a much higher flow of water during dry years than Ethiopia is willing to concede.

The second is dispute resolution: Should a binding arbitration clause be included in any treaty?But mistrust between the parties has reinforced the impasse, fueling tensions that could lead to violence. Yet experience elsewhere shows that a better outcome is possible.

In the 1970s, Brazil and Paraguay initiated a binational effort to construct a massive hydroelectric dam on the Paraná River, located on their shared border. The Itaipu Dam –completed in 1984 – today generates around 88% of Paraguay’s electricity and over 11% of Brazil’s supply, making it a world leader in renewable-energy production capacity.But the Itaipu Dam project faced considerable resistance from Argentina, a downstream country that, like Egypt today, worried about its water supply. Owing to its objections, international financial institutions initially refused to finance the dam’s construction.The problem was resolved with the conclusion of the Acuerdo Tripartito between Argentina, Brazil, and Paraguay, which all three signed in 1979. The agreement established acceptable changes in water levels, as well as environmental protections and water-quality standards.

To monitor compliance, the agreement established a mechanism for the three countries to exchange information on hydrological conditions. Moreover, an institutional framework for cooperation and transboundary water management was created for the Paraná Basin.The instruments and institutions established at the Itaipu Dam’s inception continue to support dispute resolution. Today, extreme drought has severely reduced the Paraná River’s water flow, reducing Argentina’s water supply and making it difficult in landlocked Paraguay to navigate the river, which is essential for its agricultural export industry.While no independent arbitration body is in place to manage this crisis, the affected countries have negotiated an amicable solution, based on the 1970s treaties and international law.

The binational council managing the Itaipu Dam agreed to release just enough water from the reservoir to ease the drought’s effects for downstream countries, without compromising energy production. The work of technical commissions and exchange of data on hydrological conditions among institutions in all affected countries were critical to the negotiations’ success.

This experience offers valuable lessons for Egypt and Ethiopia, including the value of treaties and international law for long-term dispute resolution. More broadly, it shows how institutionalization and cooperation can help to build trust – and bring shared benefits.

The Itaipu project has contributed to regional economic integration, by providing the resources to finance infrastructure, such as international bridges, airports, and highways, as well as social and environmental development projects. Likewise, once the GERD reaches full capacity, it can contribute to creating a regional energy market.As the effects of climate change become increasingly apparent, so does the imperative of using natural resources more efficiently and equitably, and shifting to renewable energy sources. By following in the footsteps of Argentina, Brazil, and Paraguay, the Nile countries can make important progress toward those goals – and set a powerful global precedent for the use of transboundary resources to foster sustainable development.

Biniam Bedasso is a researcher and public-finance specialist at the Collaborative Africa Budget Reform Initiative.

Maria A. Gwynn is on leave from the Institute for Public International Law at the University of Bonn to serve as Governing Council Member of the Bi- national Entity Itaipu.

US expresses cautious hope for easing of Qatar blockade