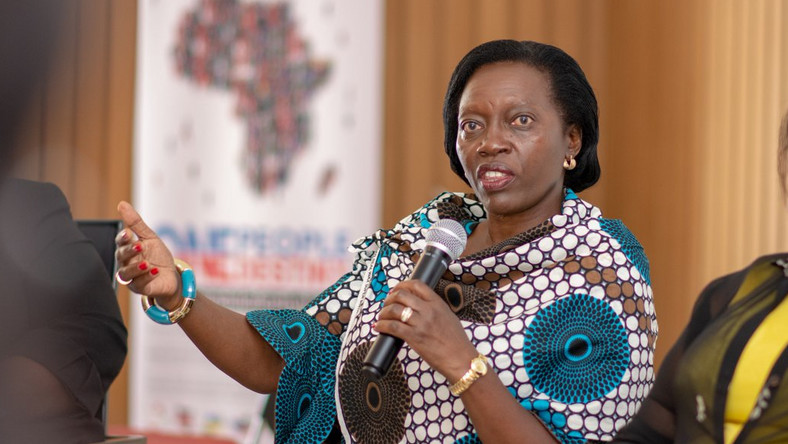 Narc Kenya leader Martha Karua on Thursday continued her attack on President Uhuru Kenyatta two days after telling him that prayers and asking for forgiveness are not enough.

The former Constitutional Affairs minister and Gichugu MP accused the President of undermining the Constitution by gagging his rivals and asked Kenyans to rise up against authoritarian leadership.

“We all have an obligation to resist and reject this emerging situation and to demand full unequivocal and immediate restoration of the constitutional order,” she said.

Karua, who spoke at party headquarters in the company of Ukweli Party and Movement for Democracy and Growth officials, said there was a deliberate effort to suppress activities not “favourable to the President and his BBI brother, former Prime Minister Raila Odinga”.

She said there is an emerging trend of a state-sponsored strategy to undermine the Constitution, constitutional order and the rule of law.

She seemed to defend Deputy President William Ruto. The DP has on a few occasions had roadblocks erected to stop his meet-the-people tours.

The police cancelled several functions that Ruto was to attend in various parts of the country citing the Covid-19 pandemic and security concerns.

On Thursday, the Narc Kenya leader said it is a violation of the Constitution for the law to be applied in a skewed or partisan manner.

“The President and those acting in his name have no authority to deny the Deputy President or any other constitutional office holder the right to exercise their mandate or purport to sanction him using unlawful means.”

Karua said any State organ, be it the Cabinet, the National Security Advisory Council or the head of state must be mindful of their directives lest they be in violation of the Constitution.

“The recent advisory by the NSAC and adoption of the same by the Cabinet, which is unconstitutional because it does not meet the two-thirds gender rule, is a violation of the Constitution,” she said.

“It is now time to stand up, speak up and reject these well-documented attempts by President Kenyatta and a section of the government to overthrow the 2010 Constitution.”

Ukweli Party leader Boniface Mwangi regretted that the President seems not to believe in the Constitution he swore to protect.

Karua said her party is concerned by utterances and directives by unelected persons, be they party chiefs, political allies or political entrepreneurs.

“This is a clear manifestation of power being exercised outside constitutional offices by unelected and unaccountable persons.”

She said the police must be conscious of their role and exercise their power in a manner consistent with the Constitution irrespective of any directive by the Executive.

The former minister regretted that the Kenya National Commission on Human Rights, the Ombudsman and the National Gender and Equality Commission, which are mandated to oversight the government, continue to be silent on the matter.

“The National Cohesion and Integration Commission, we hear your skewed utterances that echo the directives of the Executive,” she added, at the same time accusing Attorney General Paul Kihara of sleeping on the job.

Before it’s here, it was on The Star of Kenya