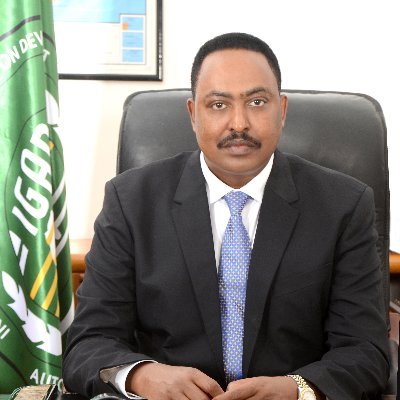 The new executive director of the Intergovernmental Authority on Development Workneh Gebeyehu is pushing for the free movement of people and goods across the bloc.

The Intergovernmental Authority on Development (Igad) is in a renewed push for the integration of the eight-member bloc, amid talk of a new grouping of the Horn of Africa.

Igad’s new executive director Dr Workneh Gebeyehu said the free movement of goods and people across the region is top on his agenda as he begins his four-year term.

A conference convened by the Igad secretariat in Khartoum next month is expected to lay the foundation for the bloc’s integration agenda.

“Igad should work seriously on the integration issue; it is one area that we lag behind,” Dr Gebeyehu told The EastAfrican in an interview in his office in Djibouti recently. “Every citizen in the Igad countries should have a right to move across our borders without a passport. Goods too, should move freely,” he said.

Igad members are Djibouti, Ethiopia, Eritrea, Kenya, Somalia, the Sudan, South Sudan and Uganda. Since inception in 1986, decades of conflict in the region have left the bloc focusing largely on peace and security. Only recently did Igad begin to focus on other areas including infrastructure.

“Igad is not visible in the eyes of citizens of member countries. We are going to put in place different structures that will bring it closer to the public at the grassroots level” said