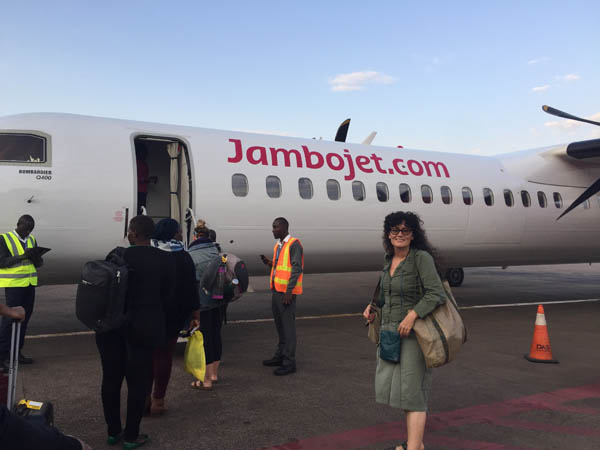 Budget carrier Jambojet has frozen plans to fly to Mogadishu after Somali authorities failed to grant the airline a morning landing slot.

The carrier planned to depart Jomo Kenyatta International Airport at 6am and fly back to Nairobi at 9.25am to allow the aircraft to be deployed on other local routes in Kenya.

The move to start Somali flights follows increased demand on the route as the airline stretches its wings in a move expected to boost trade with the Horn of Africa nation.

“We have put the plans on hold as we review whether the route will fit within our current operations. We will advise once we have a way forward,” said Allan Kilavuka, chief executive Jambojet.

The carrier said it was denied the morning slot as Somali authorities claimed there was a lot of traffic during that period.

Jambojet was to start flights to Mogadishu last year in November but the plans were put on ice with the launch date pushed to March. The budget airline has been on an expansion spree and recently expanded its fleet with two brand new De Havilland Dash 8 – 400. The no-frills carrier, founded by Kenya Airways five years ago, ferries more than 700,000 passengers a year within Kenya and to neighboring Uganda after an aggressive expansion aimed at first time flyers who would normally take a bus.

Like budget carriers in Europe and South Africa, Jambojet passengers only pay for seats.

The airline charges extra for services such as baggage and meals, allowing ticket prices to compete with buses and trains.

It had planned to charge Sh24, 470 for one way route to Mogadishu. It now flies to two international destinations that include Entebbe and Kigali. The carrier also plans to expand to South Sudan, Tanzania, the Democratic Republic of Congo, Comoros and Malawi.