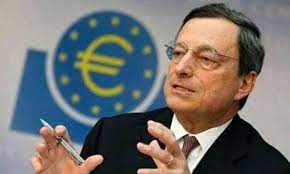 Mattarella called on all the parties in parliament to get behind a government led by a non-political figure to avoid having to have snap elections in the middle of the COVID-19 pandemic, with Italy holding the residency of the G20 this year and co-chairing the COP-26 UN Climate Summit with the UK. Italy must also finalize its plan on how to use over 200 billion euros in grants and low-interest loans it is set to get from the EU’s COVID-19 Recovery Fund.

All the parties in parliament, except for the right-wing Brothers of Italy (FdI) group, have agreed to back a Draghi administration. This means no one party will be able to bring down Draghi’s government on its own.
Eight of the 23 ministers in the new government are non-political experts. The rest of the cabinet is made up of figures from the wide range of parties across the political spectrum that are supporting the government Four are from the 5-Star Movement (M5S), while the centre-left Democratic Party (PD), Silvio Berlusconi’s Forza Italia (FI) and Matteo Salvini’s League have three each.

Ex-premier Matteo Renzi’s centrist Italia Viva (IV) and the left-wing LeU group have one each.
Eight ministers are women and 15 are men.  Seven of the ministers held the same positions in outgoing Premier Giuseppe Conte’s government. The average age of the new cabinet is 54 and a half.
Draghi is the oldest at 73, while Foreign Minister Luigi Di Maio is the youngest at 34, . (ANSA).