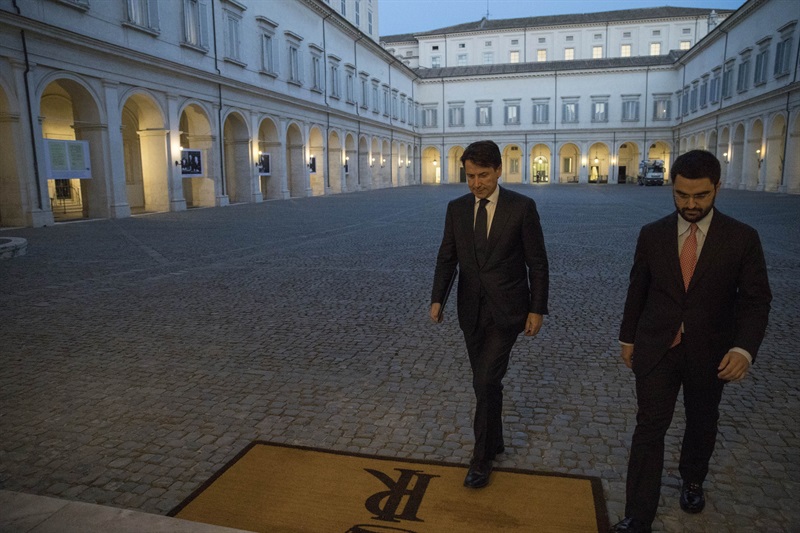 Italian politics is in chaos, but a less chaotic one than it might seem to a Swedish or German observer.

In a highly awaited press conference on Wednesday (13 January) evening, former prime minister Matteo Renzi announced that the two ministers of his small neo-centrist party, Italia Viva, will no longer be part of the centre-left government led by Giuseppe Conte.

According to Renzi, Conte does not respect the rules of democracy.

The move sparked outrage among the other parties in Conte’s government: the centre-left Democratic Party, the populist Five Star Movement, and the small, leftist LEU.

For Zingaretti, the leader of the Democratic Party, “the move of Renzi was a very harmful one”.

An election is unlikely though. Renzi’s move certainly weakens Conte, but it does not necessarily mean the end of his government.

Renzi himself, during the press conference, said he has no bias against the current prime minister, although there were other names in the hat as well.

Italy has had 10 different prime ministers in the last 20 years in numbers that might appear wild in Germany, for instance, where chancellor Angela Merkel has held office since 2005.

But the Italian chaos had its own laws of quantum physics, according to one commentator on geopolitics, who asked not to be named for professional reasons.

“Conte’s government is a sort of Schrödinger’s cat”, he said, referring to a famous paradox in theoretical physics, in which a cat in a box is both alive and dead at the same time, due to the maths of sub-atomic particles.

And for Renzi, a Conte government that is neither alive nor dead is the best thing.

If the government is not dead there can be no new elections, so Renzi does not risk seeing his 48 seats in parliament go up in smoke (according to the polls, his party has less than 3 percent support).

At the same time, if the government is not alive, Conte can no longer overshadow Renzi.

And Conte cannot become that left-wing Andreotti that the Italian newspapers were beginning to talk about, referring to Giulio Andreotti, a former prime minister who came to symbolise political stability in the 1970s.

Renzi’s interest is to make it to July, when the president of the republic, Sergio Mattarella, can no longer call new elections.

At this point, Renzi can encourage the creation of a new government, perhaps with himself as foreign minister.

Unless, of course, Renzi has, by then, instead convinced the new US administration of president-elect Joe Biden to appoint the Italian as the next Nato secretary-general, the geopolitical expert said.

The Nato job comes up in 2022, when the incumbent, Norwegian Jens Stoltenberg, is due to leave office.

The expert was half-joking when he spoke of Renzi and Nato, but personal ambition is part of the quantum politics in Sweden and Germany’s southern bedfellow.

Valentina Saini is a freelance journalist specialising in Italian social issues and politics, gender issues and the Middle East and North Africa region.