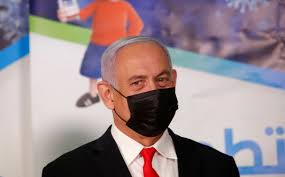 (Bloomberg) — Israeli Prime Minister Benjamin Netanyahu will fly to the United Arab Emirates on Thursday, Army Radio reported, without saying where it got the information.

It would be the Israeli leader’s first known visit to the Gulf country after they normalized their ties last year.

Since signing the peace agreement, Israel and UAE have started direct flights and discussed several business deals. The countries have also started talks over an oil pipeline linking the Red Sea with the Mediterranean, whose operations Israeli officials treat as top secret.

Under the agreement brokered by the Trump administration, the UAE became the third Arab country to establish full diplomatic relations with Israel. The two sides share a desire to combat Iran’s influence in the region, and have touted the potential for cooperation on investments and technological innovation.