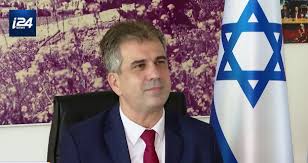 “This historical agreement may be signed before the new year,” Cohen was quoted as saying.
The UAE is the first Gulf country and the third Arab nation – after Egypt and Jordan – to establish diplomatic ties with Israel.

Israeli press has also speculated that Bahrain and Oman may follow suit in signing so-called peace deals with the country in the near future.

The US administration during Donald Trump’s presidency launched a ‘peace plan’ for the Middle East that would see the normalisation of relations between Israel and Arab states of the Gulf.

During a February visit to Uganda, Israeli Prime Minister Benjamin Netanyahu met with Sudan’s leader Abdel Fattah al-Burhan, saying they had “agreed to start cooperation leading to normalisation” between their countries.

Under the UAE-Israel agreement signed last Thursday, Israel said it would suspend its planned annexation of parts of the occupied West Bank, a concession welcomed by European and some pro-Western Arab governments, but shunned by Palestinians.

However, Netanyahu has since said the annexation plans have only temporarily been put on hold.

Palestinian groups have publicly denounced the deal, saying it does nothing to serve the Palestinian cause.

Uhuru tells DP Ruto to resign if dissatisfied with government

Museveni to EU: Invest instead of sending ‘young girls’ to lecture me on human rights