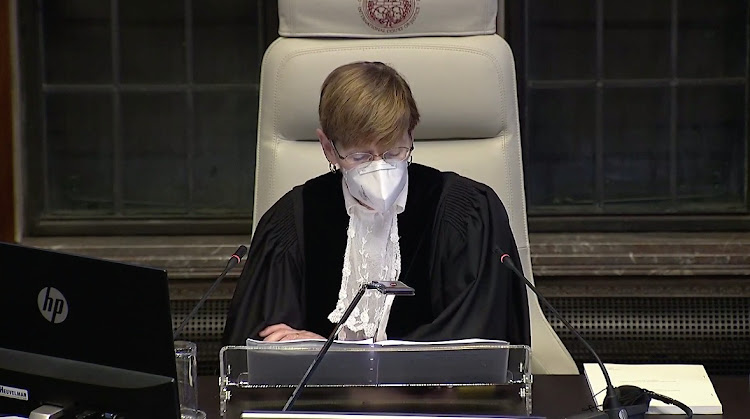 The court rejected Kenya’s argument regarding the existing boundary with Somalia parallel to the latitude line.

The International Court of Justice on Tuesday awarded Somalia control of most of a potentially oil- and gas-rich chunk of the Indian Ocean after a  legal battle with Kenya over their sea border.

The ICJ ruled there was “no agreed maritime boundary” and drew a new border close to the one claimed by Somalia, although Kenya kept a part of the 100,000 square-kilometre (38,000-square-mile) area, chief judge Joan Donoghue said.

The Hague-based court asked both parties to amicably solve the current dispute.

The court rejected Kenya’s argument regarding the existing boundary with Somalia parallel to the latitude line.

Kenya and Somalia have both been claiming the 100,000 square-kilometre zone in the Indian Ocean thought to be rich in oil and gas.

Kenya’s border currently runs horizontally into the Indian Ocean, and that is how Nairobi wants it to stay. But Somalia insists its southern boundary should run south-east as an extension of the land border.

In 2009, the two countries signed a memorandum of understanding, certified by the United Nations, to negotiate their boundaries.

In 2014, Somalia decided to settle the matter at the International Court of Justice at the Hague.

In its application, Somalia said diplomatic negotiation had failed and it was now asking the court to “determine the precise geographical coordinates of the single maritime boundary in the Indian Ocean”.

Kenya  withdrew its membership from the ICJ, and declared it would not recognize Tuesday’s judgement.