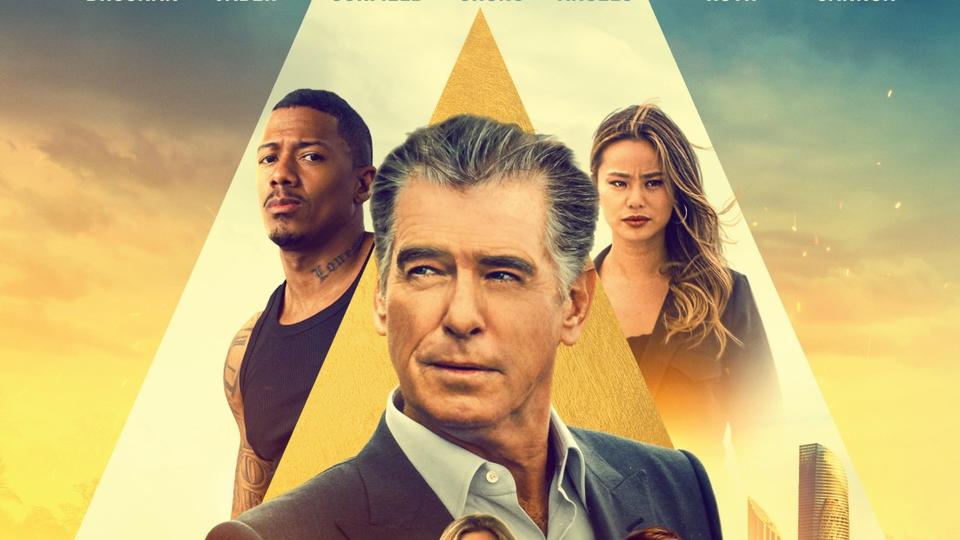 Filmed with the help of Hollywood and an Emirati script in toe, Abu Dhabi seeks a new front against Qatar depicting the country as a terrorist haven.

A United Arab Emirates (UAE) financed and Hollywood produced film “The Misfits” has been slammed for pandering to Islamophobic tropes about the Middle East and Muslims.

The film tells the story of a group of thieves, of which the main character is Pierce Brosnan playing Richard Pace, stealing millions from a country called “Jazeeristan,” a not so subtle reference to Qatar and Al Jazeera, the international English language news channel that the UAE and Saudi Arabia want shut down.

TRT World has seen a leaked copy of the film, which is accessible in South Korea, the US and next month in the UAE and is replete with lazy orientalist references to Muslims and the Middle East.

At one point in the film, the servants are interchangeably referred to as being all Muhammad’s and the Middle East is simply a region of unending violence and misery.

Produced by the Emirati director and writer Mansoor Al Dhaheri, the film is set mainly in Abu Dhabi and ‘Jazeeristan.’

According to Al Dhaheri, “The Misfits” is about putting “Abu Dhabi on the global entertainment map and show the world what we’re truly capable of.”

But it also seems that the UAE’s burgeoning film industry is about producing propagandistic content using industry leaders in Hollywood such as Paramount Pictures and Highland Film Group to give it an air of professionalism and legitimacy.

The film portrays Qatar as a hub for the Muslim Brotherhood, Al Qaeda and a global sponsor of terrorism.

Throughout the film, Arab names are dismissively mocked as incomprehensible.

The contrast between Abu Dhabi as an international hub of the well-heeled makes the film feel at times like a costly advertisement to visit the city, which is juxtaposed with Jazeeristan, where the Muslim call to prayer and religious beards are ubiquitous.

Western-style clothing in Abu Dhabi is contrasted with Jazeeristan, where the heist crew has to seemingly don ‘Arab clothing’ and fake beards as a means of fitting in, even if it ends up making them look like pantomime characters.

The son of the Muslim Brotherhood chief is described as a former hard-partying Arab who “got the drugs out of his system and put the jihad in.”

One regional film critic called the UAE financed production “shameful” for suggesting that Qatar and its citizens support terrorism.

“They are using Hollywood and producing a film called The Misfits, which cost them more than 50 million dollars to damage Qatar’s reputation and accuse its peaceful society of terrorism,” said Al Kubaisi on Twitter.

“I don’t know exactly why the UAE wants to hurt Qatar’s reputation,” said Al Kubaisi, adding, “Is it because we are Muslims and united with God.”

This is not the first time that Hollywood has engaged in Islamophobic depictions of Arabs and the region.

In 2006 a documentary titled ‘Reel Bad Arabs: How Hollywood Vilifies a People’ analysed more than 1,000 films and how the vast majority of them negatively depict the region’s inhabitants.

The Misfits film leans heavily into that history of racist Hollywood depictions of Muslims and Arabs – this time financed by Arabs.