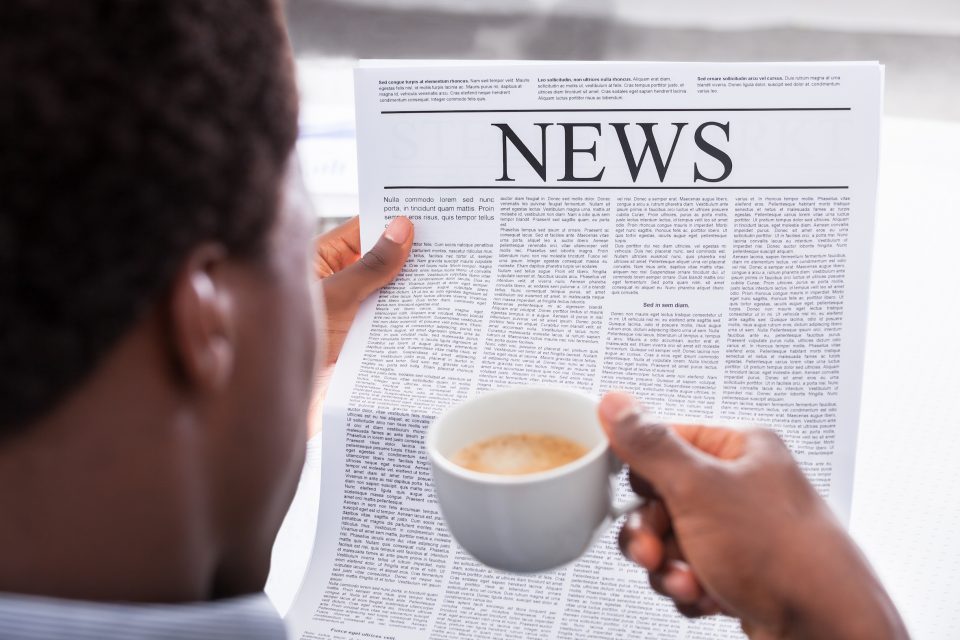 Have our journalists become so blinded by the jaundiced views of foreign reporters that they fail to see anything good or worthy of praise when it comes to writing about Africa? Have we become a community of whiners?

Why have we African journalists perfected the art of “whining and whining” about wrongdoing, forgetting to give praise when praise is due? Have we become so blind that we can’t distinguish between the good, bad and ugly and have to depend on others to tell us what is what?

In his long running column Baffour’s Beefs, in the June issue of New African – ‘Praise where praise is due’ – the New Africa’s Editor- at -large, Baffour Ankomah remarked: “Our professional calling enjoins us to point out wrongdoing most of the time, and therefore we unwittingly get stuck in that groove, forever whining and whining.”

Truer words could not have been written. Through our writing, we have unwittingly helped to harden the “negative stereotype” narratives of Africa and allowed them to become the basis of describing Africa.

Without a counter–response from African writers, these vivid stereotypes will remain unchallenged to such an extent that many Africans will believe in them as well. Negative perceptions on Africa, to this day, have tended to overshadow the best made in Africa, invented in Africa, and created in Africa stories.

African countries are reshaping from within – using African solutions to create diverse, inclusive and vibrant economies. Yet this resurgence remains confined inside Africa as only a handful of our scribes take time to expose it for the world to marvel at.

The so-called ‘single African story’ implies that Africa is one big country, and there is only one narrative: beautiful landscapes and animals – often spoilt by unscrupulous ‘natives’, but appreciated by noble Westerners – together with stories of underdevelopment, poverty, war, corruption, and disease. This has been the staple of Western comic books, magazines, films, literature and current affairs coverage on radio, television and print media for centuries now.

This is despite the fact that tens of millions of Westerners travel to Africa on business or leisure, many live in the continent, and our countries are crawling with Western journalists and international media organisations like the BBC, CNN, Deutsche Welle and so on, which have dedicated programmes on Africa. It goes to show that the myth is stronger than the reality.

A myth can only be replaced by another myth, the current ‘single

African story’ can only change when it is replaced by another ‘African story’ which is much closer to the reality of our continent. Unless this is done, the old stereotypes will endure – whether we like it or not.

We know that Africa is the second largest continent on earth with a huge diversity in all spheres, geographically, and in its wealth of flora and fauna. It has mountains and plains, coastal regions and the world’s largest inland waterways including Lake Victoria and the River Nile.

In terms of human society, Africa again has the largest diversity of ethnic groups, languages, dialects and cultures in the world. There are worlds within worlds in Africa, each complete in itself. Other societies make a huge song and dance about the uniqueness of their cultures even if these (as in Europe) differ from each other only in small degrees. They celebrate the difference, commercialise it and build their tourism industries around it. We try to hide our differences lest we are accused of being tribalistic!

The problem, as so many commentators have said in these pages, is that the centuries of colonialism have hammered into us the belief that we are somehow inferior. The same aspects that others take pride in, for example the colour of their skins, their languages, their traditions, their music and so on, are seen as negative traits when it comes to us.

Is our media reflective of this trend and as a result, blind to the best in us? Is it fit for purpose?

Instead of looking at the greener grass in our neighbour’s yard, let us count our blessings and appreciate and celebrate what has been given us. Unless African journalists learn to give praise when it’s due, we risk continuing in the same mould singing, like kindergarten kids, the same chorus of wrongs, over and over, but with destructive outcomes for our transformation agenda.

However, this does not mean we should shut our eyes to incompetence or corruption, to abuse of human rights, or theft from the public purse or injustice. By no means – that is the journalist’s main role, to hold power to account on behalf of the citizens. But we must have balance.

We must never forget that our role must be always on the side of the people. But since what government does and the decisions it makes have a major impact on millions of us, we must scrutinise all its actions and decisions.

We must hold public officials and elected politicians to higher standards as their actions have far greater impact on more of us than the actions of any private individual.

While we must give ‘praise where praise is due’, we must not go overboard and praise someone for simply doing what they are paid to do. I do not expect to be praised for doing my day’s work – that is basic. Governments should not expect to be praised for doing what they are elected to do and given all the resources they need to do so. That is the very minimum.

If the government fails to do its job, it must be criticised as this failure affects us all. What is more, we as taxpayers, employ governments and therefore call them public servants. As such, we should expect our employees to deliver what we pay them huge salaries to do. If they fail to do so, we must call them to account.

We must temper our judgement based on capabilities. Just as we will praise an African national team for reaching the World Cup quarterfinals rather than criticise it for not winning the trophy, we should calibrate our praise and criticism of the performances of our governments depending on their capacities and the size of the challenges facing them. In fact, it is the ordinary people who should be the stars of our coverage. We should seek out the doers and those who give more than 100% to improve the lives of others, or do remarkable things and highlight their achievements.

Here we can lavish praise when praise is due.

After all, when we talk of a nation, we mean the people of that nation and their capabilities, not a few isolated individuals. The better individuals perform in all aspects of life, the better the nation performs and this is what we in the media must seek out and champion.

Talking about giving praise where praise is due, I would be failing in my duty if I did not say that everything I have outlined above that the media should do, is being done, month in month out by our very own New African. And it has been doing this for the past 50 years! The Americans salute Time magazine and the British The Economist; I, as an African salute our icon, New African and in this, I know I am joined by every person who has ever read this great publication.