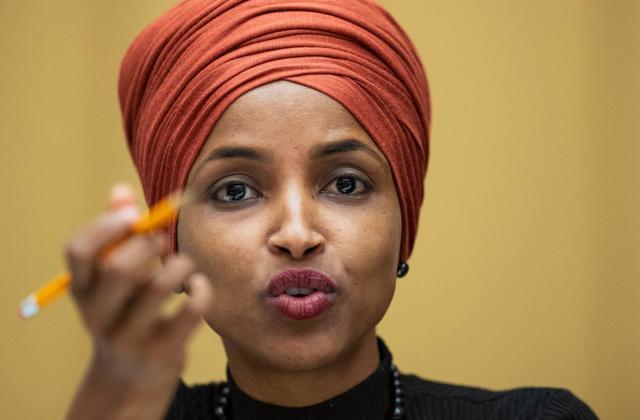 “If they used any US equipment it also violates US law. An entire community is now homeless and will likely experience lifelong trauma,” Omar tweeted.

NOVEMBER 10, 2020 03:40
US Rep. Ilhan Omar reacted on Twitter to the news reported by the AFP News Agency on Friday that Israel had demolished illegally built structures in Khirbet Humsah, located in Samaria in the Jordan Valley, and called to defund Israel for “ethnic cleansing,”
Located in Area C and under Israeli security and civilian control according to the 1995 Oslo Accords, the area is under Israel’s responsibility for planning and construction.

“This a grave crime—in direct violation of international law,” Omar tweeted. “If they used any US equipment it also violates US law. An entire community is now homeless and will likely experience lifelong trauma. The United States of America should not be bankrolling ethnic cleansing. Anywhere.”

Omar quoted a report that defined misplaced Bedouin as “Palestinian,” a misleading and inaccurate definition as many Palestinians do not consider the Bedouin to be Palestinian, and  most of Negev Bedouin do not consider themselves Palestinian, explained the online media site, Israel365News: “Indeed, Bedouins are a subgroup within the Arab minority in the State of Israel, with cultural, historical, social and political uniqueness,”
Also, very few Muslim Israeli Arabs serve in the IDF but many Bedouin do serve, distinguishing themselves in combat units even if in the recent years, many Bedouin have begun to self-identify as Palestinians in order to gain access to foreign funding.
The Coordinator of Government Activities in the Territories (COGAT) confirmed that the Israeli government had removed seven tents and eight animal pens which were illegally constructed in an area that was declared an IDF live-fire range in 1972, reported Israel365News. The legally mandated demolition displaced 73 Bedouin.
“The enforcement was carried out in accordance with the authorities and procedures, and subject to operational considerations,” a COGAT spokesman said.
Israeli military law forbids the expulsion of permanent residents from a firing zone however the High Court ruled that Khirbet Husmah’s residents did not reside in the area on a permanent basis.
“The petitioners have no recognized property rights in these areas. These are intruders who use these areas for grazing,” the High Court ruled. “The construction in the area has not been authorized and is illegal.”
The demolition was carried out on Monday and according to media reports, all of the Bedouin residents returned Thursday morning using tents donated by Palestinian aid groups, according to a Reuters witness.
Via Jerusalem Post
previous post