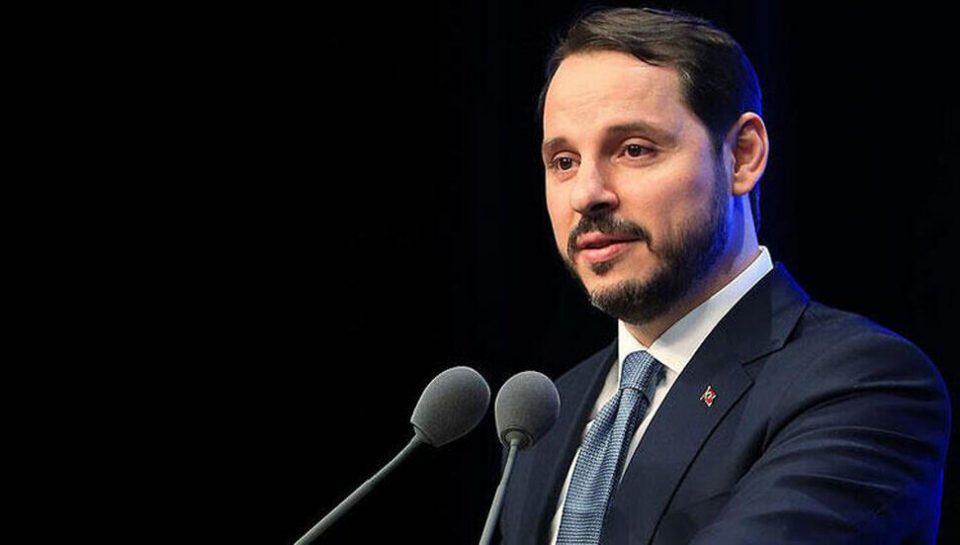 After record-breaking declines in the value of the national currency, an exploding budget deficit and an unstoppable surge in unemployment and inflation, Turkey’s Minister of Treasury and Finance Berat Albayrak has resigned. Given that Albayrak is also the son-in-law of President Recep Tayyip Erdoğan, the resignation points to a larger internal crisis within the Erdoğan government.

In a sharp contrast to his predecessors, Erdoğan systematically promoted his family members to a wide range of positions of power in the bureaucracy, in media and in civil society. The transformation was reminiscent of the Ottoman Empire where power used to lie solely in the hands of one family.

Albayrak, who is married to Erdoğan’s elder daughter, was long perceived as a potential heir to his father-in-law. After first making his way into Erdoğan’s cabinet as energy minister, he later became the minister of treasury and finance, a position that holds the reins of all economic decision-making.

Shortly after the resignation, the Presidency’s Communications Directorate stepped in and instructed the media not to report on it. With the exception of a few small outlets that are government critics, none of the pro-Erdoğan mainstream media even acknowledged Albayrak’s announcement, although it was practically the only agenda item on Turkish social media on Sunday.

While the pro-government media did ultimately start to report on Albayrak’s resignation on Monday morning, their strict avoidance of the issue on Sunday was interpreted as a reflection of internal efforts within government circles to convince him to reverse his decision.

During the 18-year rule of Erdoğan’s Justice and Development Party (AKP), Albayrak’s family grew stronger in parallel to the Erdoğan family. Berat Albayrak’s brother Serhat Albayrak is chairman of the country’s largest media group and has used his influence to eliminate all newspaper distribution companies except the one he is in charge of. As a result, he now has the power to prevent the distribution of newspapers that are critical of the government. Moreover, 95 percent of the advertising sector is held by agencies under his control.

The Albayrak family is powerful in more than just the media. They also control Erdoğan’s communications strategy via Presidential Communications Director Fahrettin Altun, who was promoted for the position by Serhat Albayrak. Altun is at the helm of major state-run media institutions such as broadcaster TRT and the Anadolu news agency.

Will Erdoğan sack the Albayrak family from their positions?

The main reason for Berat Albayrak’s resignation was the firing of the head of the central bank, unbeknownst to him. In a presidential decree last week Murat Uysal was removed from the position and replaced by Naci Ağbal.

Uysal is a close friend of Albayrak, while Ağbal was the treasury minister before him. Rumors circulating in Ankara say Ağbal and Albayrak have been at odds for a long time and that Ağbal would be the last person Albayrak would want to see as head of the central bank. The fact that Erdoğan went ahead with the appointment despite Albayrak is a development that possibly concerns the future of the other members of the Albayrak family.

It is obvious that Erdoğan did not see the resignation coming. The coming days will show whether he will proceed with purging the other members of the family.

The Erdoğan family has sustained damage

The Erdoğan family had already taken a major hit during the sensational graft probes of 2013 that implicated his inner circle and family members and revealed his incriminating phone conversations with Berat Albayrak and his son Bilal Erdoğan, which revealed widespread bribery in the construction and energy sectors.

Yet, Erdoğan survived the crisis and maintained his power by conducting a large-scale purge of all the prosecutors and police officers who took part in the corruption operations.

This time, however, he is faced with an insurgency coming from his own family. That is why commentators have likened the latest development to the famous palace rebellions during the Ottoman era.

The Erdoğan government, which is already going through difficult times amid the unending economic turbulence, is also headed for a crisis in governance, according to rumors in the hallways of the capital city.