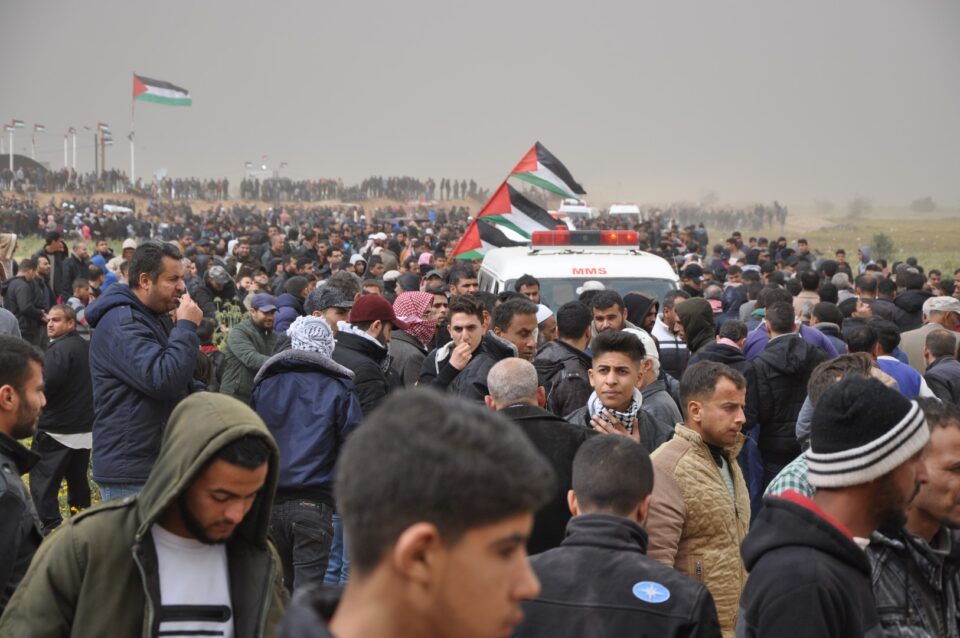 After confirming its jurisdiction on 5 February 2021, the ICC announced on 3 March the opening of a formal investigation into crimes committed in the Palestinian territories. This is a victory for international law, even if we are still a long way from a trial.

It all began in 2009, following the Israeli operation in Gaza dubbed “cast lead” (2008–2009). Palestine mounted a diplomatic offensive based on its claim to statehood and sent a declaration to the ICC accepting the court’s jurisdiction in order that it should investigate the crimes committed by the Israeli army.1 What was at stake here was to determine whether or not Palestine is a State, since only States are entitled to become a party to the Rome Statute.2

Seized of this matter, the ICC Prosecutor’s Office the issued a public call for contributions to help resolve this thorny problem of international law. Several dozen memoranda emanating from NGOs, universities or legal experts were submitted and published on the ICC’s website. In the meantime, Palestine had become a member of UNESCO(October 2011) and taken steps at the UN to become a Member State and then, faced with the US veto, to become an “observer State,” a request which was granted in November 2012 when Resolution 67/19 was passed by the General Assembly.

The Prosecutor’s Office did not issue a response until April 2012, three years after the Palestinian request had been submitted. Considering that the issue of Palestine’s status was uncertain, the prosecutor felt that it was not up to him to decide the matter and that only a clear-cut position taken by the Assembly of the States parties to the ICC or by the UNGeneral Assembly could provide a solution. It is surprising, to say the least, that such a disproportionate length of time should have been necessary to provide an answer to such a rudimentary question. The document is less than two pages long and is open to criticism on many counts, in particular the fact that Palestine’s admission to UNESCO is not even mentioned, whereas this in itself provided irrefutable proof that a majority of Member States recognized Palestinian statehood.

Season 2: after operation “Protective Edge” launched in Gaza by Israel forces during the summer of 2014, the Palestinian Minister of Justice tried to “reactivate” the 2009 declaration, basing the attempt on Palestine’s UN status as an Observer State, granted following the prosecutor’s decision in April 2012. This effort was also to remain fruitless. In a statement published on 2 September 2014, the new prosecutor Fatou Bensouda indicated that “the Office has examined the legal implications of this development (the upgrading of Palestine’s status at the UN, from observer entity to observer State) for its purposes and concluded that while this change did not retroactively validate the previously invalid 2009 declaration lodged without the necessary standing, Palestine could now join the Rome Statute”.

This position raised many legal problems. The prosecutor’s April 2012 decision did not “invalidate” the declaration; it seems merely to have “suspended’ it until such time as the status of Palestine should be clarified. Since the General Assembly’s vote had subsequently brought about this clarification, it cleared the way for a future accession of Palestine to the ICC since all the uncertainties concerning its status seem to have been dispelled.

At this point, a third phase began, with Palestine’s formal accession to the Rome Statute in January 20153, together with a declaration recognizing the ICC’s jurisdiction for crimes presumed to have been committed “on the Palestinian occupied territory, including East-Jerusalem, as of 14 June 2014.”4 Soon afterwards, the prosecutor opened a “preliminary examination” of the “situation in Palestine”5 to determine whether the conditions of jurisdiction for the Court are met and ascertain whether war crimes, crimes against humanity or acts of genocide have been committed there.

This preliminary phase of the proceedings, before any actual investigation was opened, lasted no less than five years, a delay which once again raised doubts as to the ICC’s genuine determination to proceed with the Palestinian case, in a context where many States allied with Israel, including some in Europe, have made no bones about their disapproval of the Palestinian efforts.

Finally, in December 2019, the Prosecutor’s Office announced that the preliminary examination had been completed and that it was prepared to open an investigation. It considered that Palestine had legitimately joined the ICC Statute and that the Court is competent to try crimes committed on its territory, including Gaza, the West Bank and East Jerusalem. The prosecutor identified four broad categories of war crimes he intended to investigate:

However, a new turn of events occurred when the prosecutor insisted that a “pre-trial chamber” should define the extent of the Court’s territorial jurisdiction, considering the doubts that might persist on this issue, with an eye to strengthening any future investigation. This caused another delay of over a year before the Chamber’s verdict was handed down in February. However, this delay was useful, since the Pre-trial Chamber has confirmed the position taken by the prosecutor’s office: the Court is indeed competent to investigate all crimes committed on occupied Palestinian territory, including East Jerusalem, since June 2014, thus clearing the way for a formal investigation.

The Chamber begins by establishing that Palestine must be seen as a “State Party to the ICC Rome Statute” following its recognition in 2012 as a “non-member observer State in the UN.” It can therefore trigger the jurisdiction of the ICC, in particular its territorial jurisdiction, and submit a complaint to the prosecutor’s office, which it did in 2018.

The second crucial point consists in determining the exact extent of the territories over which the court may exercise its criminal jurisdiction. In order to establish that the jurisdiction comprises all the occupied territories, the Chamber bases its findings mainly on the Palestinian people’s right of self-determination as set forth in the many resolutions of the UNGeneral Assembly. Especially resolution 67/19, which granted Palestine the status of Observer State, and which “reaffirms the right of the Palestinian people to self-determination and to independence in their State of Palestine on the Palestinian territory occupied since 1967.”

And finally, the Chamber considers that the Oslo accords which exempt Israeli citizens from the criminal jurisdiction of the Palestinian Authority have no effect on the determination of the Court’s territorial jurisdiction.

In spite of its assertion to the contrary, the points dealt with by the Chamber go beyond the strict framework of the procedure before the ICC and involve a larger legal and symbolic dimension. The judges based their decision on texts of absolutely general significance which may be regarded as establishing under international law the statute of the Palestinian State and the borders to which it is entitled. From this point of view, the difficulties associated with the practical observance of these findings have less to do with the law proper than with the lack of political willingness to comply with it, as is seen from the persistent refusal of most European countries to recognize the State of Palestine.

Unsurprisingly, Israel has accused the ICC of “pure anti-Semitism,” and the USA has rejected the Chamber’s conclusion. They have been joined by other Western countries like Canada, Australia, Hungary and even Germany, which declared on Twitter that “the Court is not competent because of the non-existence of the Palestinian State according to the criteria of international law.”6

These reactions and the embarrassed silence of other Western diplomatic corps show that the future of these proceedings will probably not be exempt from outside pressures and that the task ahead for newly appointed prosecutor Karim Khan, who takes office in June, will be challenging.

Indeed, the formal investigation which was opened by the Office of the Prosecutor on 3 March will be long and fraught with difficulties, and it is far from easy to predict how it will end. Normally, it should make it possible to determine precisely what crimes were committed and who were the culprits, all of which would be predicated on a detailed factual review and the presentation of concrete evidence. This task will no doubt be easier with regard to Palestinian suspects since Palestine, as a state party to the Statute, has an obligation to cooperate. On the other hand, Israel has no such obligation and will do all it can to obstruct the work of the investigators. The prosecutor will also have to determine whether other crimes or characterisations need to be taken into consideration. The document submitted to the Pre-trial Chamber refers only to war crimes, whereas the occupation and colonisation policies, as a whole, systemic and discriminatory as they are, could also be qualified as crimes against humanity, most especially as the crime of apartheid, a term employed in two recent reports by Israeli NGOs (Yesh Din, B’tselem).

International Law on the Move

Another tricky issue will be the ICC’s interpretation of the principle of “complementarity” which holds that it must refrain from looking into a case which is already under investigation or the object of prosecution in the country concerned. Israel is in the habit of opening investigations of “incidents” involving its armed forces, generally dismissing the case a few weeks later. Thus, a considerable amount of work awaits the Prosecutor’s Office, verifying the “credibility” of such proceedings carried out in Israel.

But the most serious accusations brought against Israeli decision-makers concern specific combat techniques or colonisation policies which constitute the implementation of unabashedly proclaimed official doctrines and as such are never subject to investigation of any kind. For these crimes, it should be a simple matter to demonstrate the absence of any internal criminal procedures and the principle of complementarity easy to dismiss. Proof of this type of crime should be easy to provide as well, since it will be based on documents and public decisions in the framework of well-established state policies and duly authenticated chains of responsibility.

There is still a long way to go before the opening of individual cases based on precise accusations with the possible issuance of arrest warrants, let alone the organisation of trial proceedings knowing that these can only be held in the presence of the accused. Nonetheless, the decision handed down by the Pre-Trial Chamber already constitutes a huge legal victory, both as a step towards establishing accountability for crimes committed under Israeli occupation and more generally for taking international law into account in resolving the Israel-Palestine conflict. Shedding light on the international crimes committed systematically by Israeli authorities might also help to increase the pressure on Western States in view of a reconsideration of their special relations with Israel, along the lines of the evolution which finally materialised with regards to South Africa in the nineteen-eighties.