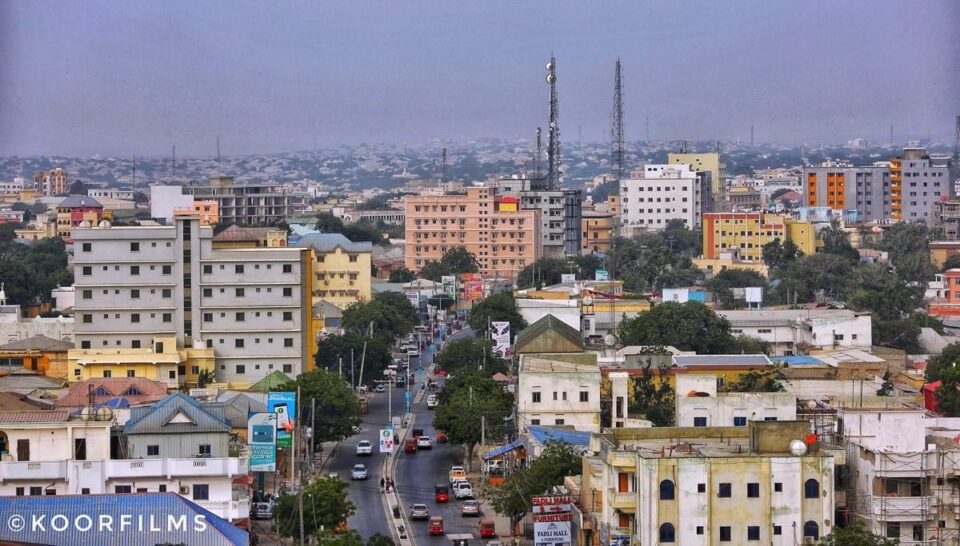 Africa’s business opportunities continue to expand as 5G and connectivity spread to the continent’s populated regions.

When one thinks of business growth and innovation hubs, some of the hot spots that immediately come to mind include Silicon Valley, New York, Tel Aviv and Berlin. What about Addis Ababa, Ethiopia? Or Mogadishu, Somalia? Such cities and other parts of Sub-Saharan Africa are still falling behind the developed world, but they don’t need to be. The technology to significantly boost the continent’s business infrastructure exists — it’s time we put it to use.

Africa’s population is growing at a rate of 2.7 percent a year, which is more than twice as fast as those of South Asia and Latin America. That means Africa is growing by the size of France’s population every two years. By 2030, it will be home to nearly 1.7 billion people. Rising political stability in recent years, combined with improvements in regional integration, is making market access easier for businesses worldwide. Naturally, business expansion in the continent will generate jobs for the vast majority of its population.

What’s needed is the technological infrastructure to ensure Africans themselves are able to start businesses, innovate, and generate wealth. Africa’s business class and international tech giants have been unable to achieve that up until now, which is why nearly 39.3 percent of Africa doesn’t even have access to basic internet while more advanced technologies, such as IoT and blockchain, have begun to take root across the developed world. But an emerging class of tech entrepreneurs aims to change that by leveraging existing technologies.

Many of Africa’s old school millionaires established an unfavorable reputation for doing business throughout the continent. In many cases, their wealth came at the cost of resource extraction, exploitative opportunism and environmental disruption. In the new age of entrepreneurship in Africa, there’s barely any interest in touching the continent’s finite resources. Impact entrepreneurship is now the name of the game in the region, with the sole focus on creating opportunities and solving problems.

Impact entrepreneurship refers to using an innovative and financially sustainable approach to address an unmet social, economic or environmental need. These needs can range from health care to sanitation, education, financial security and more. The initiatives and innovations themselves need to improve the quality of life of people in the region in measurable ways while demonstrating the potential for scalable impact.

Drone technologies, for example, are being used to do much more than take footage at high altitudes. In Africa, drones are helping with many things from humanitarian deliveries, to conservation support, to farmland management.

Affordable housing is also an arena that is being explored by several industries, including construction, cement production and furniture manufacturing. This directly addresses concerns surrounding Africa’s housing crisis amid the fast-growing population and urbanization.

Noting the growth and potential of startups in Africa, investors worldwide are putting money into the region. In fact, even mid-pandemic, VC fund Partech claims African startups closed more total deals in 2020 than in previous years. According to the firm, 347 startups completed 359 deals in 2020 compared to 250 deals in 2019—from local and international investors alike.

The results that stem from impact entrepreneurship could easily be amplified to exponential levels by bringing 5G and connectivity to Africa, and this is where more entrepreneurs need to step in.

5G and connectivity for societal benefits

Expanding 5G and fast and reliable internet across Africa will bring limitless advantages for society as a whole while simultaneously fueling greater business potential. Mobile broadband connections there are expected to surpass 1.08 billion by 2024, which shouldn’t come as a surprise considering mobile devices are the primary avenue for most Africans to access the internet, in place of laptops and other internet-connected devices. And that’s part of the problem — Africans tend to have mobile phones and a desire to use them, but too often no internet connection in smaller towns or villages. They might have to travel miles to download a film or listen to a podcast.

World Mobile, a global mobile network, has taken initiative on the massive undertaking to leverage renewable energy, as well as meshnet and blockchain technology, to provide a feasible way to put Sub-Saharan Africa on the grid. The demand for connectivity is tremendous: Internet penetration in Africa stands at approximately 39.3 percent, as opposed to 62.9 percent in the rest of the world. World Mobile began in Tanzania and aims to bring sustainable connectivity to communities through a sharing economy. The idea is to provide African villages and towns with the resources needed to start businesses, innovate, and propel their economies forward. Digital exclusion is a significant problem, and tackling it head-on throughout Africa will serve as the utmost example of impact entrepreneurship.

As a result of the growth across all other fronts, the Sub-Saharan Africa mobile phone market is expected to reach a compound annual growth rate of 4.6 percent through 2025. The region is expected to hit the half a billion mark by the end of 2021 for unique mobile subscribers and a 50 percent subscriber penetration rate by 2025. The rise in demand for cellphone use presents the opportunity for new technologies and services, comparable to the likes of mobile-device lifecycle management solutions software provider MCE Systems, to fill the gap. The company provides a back-end solution for the entirety of the mobile life cycle, including device-value optimization, operational efficiency, management improvement, cost reduction and control. Collectively, this presents green benefits, which come in handy considering the fact that the global greenhouse gas emissions caused by the ICT sector have been under fire in recent years.

Africa has entered a period of transformation and sustainable development. Entrepreneurs that are ready to make an impact while gaining a competitive edge should explore ways to capitalize on this growth in their own unique way. Progress is taking place across numerous sectors at a steady pace, and by expanding 5G and connectivity, the rate of penetration and success will go into overdrive.