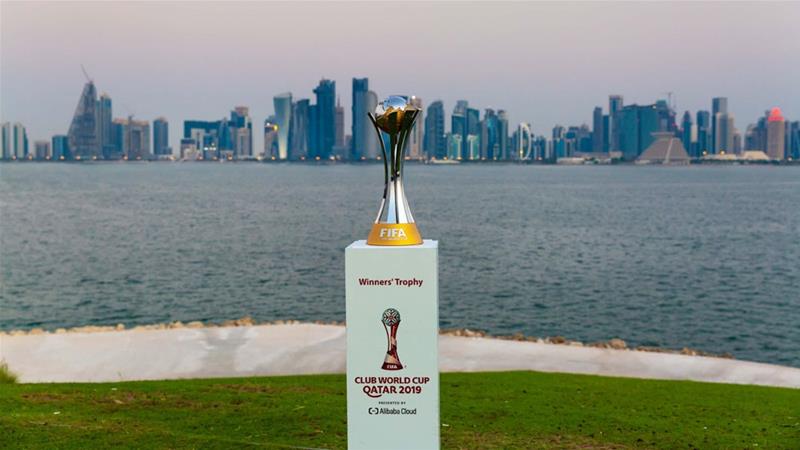 Doha, Qatar – The FIFA Club World Cup in Qatar has entered the knockout stage, with the semi-finals lineup decided.

But as the Gulf state stages the country’s biggest football event in the lead up to the 2022 World Cup, there is an atmosphere of optimism as well as uncertainty.

“The FIFA Club World Cup naturally brings less international fans and fewer teams than the FIFA World Cup, but still enables us and the hosts to test some of our plans and the local infrastructure,” a FIFA spokesperson told Al Jazeera.

“Besides that, it offers the fans and the teams an opportunity to discover the FIFA World Cup host three years in advance,” said the official representing the football’s world governing body.

For the local organisers, the seven-team club tournament will help “refine and optimise our tournament hosting concept to ensure that players and fans are guaranteed a seamless experience in three years’ time”, said a spokesperson for the Supreme Committee for Delivery and Legacy.

“It’s the first step to the World Cup, a first baby step, and hopefully we can impress the world in the World Cup,” said Eisa al-Shirawi, a 30-year-old Qatari fan, who was at Al Sadd’s opening game against New Caledonia’s Hienghene Sport.

World Cup venue Khalifa International Stadium, that has a capacity of more than 45,000, will now host the rest of the matches due to the delay in the inauguration of the Education City Stadium – scheduled on December 18 – because the “necessary certification process took longer than expected”.

Construction of five other World Cup stadiums and different road works around the country is also continuing.

“There are a lot of things to improve,” Ratiu Calin-Adrian, a Qatargas employee, told Al Jazeera.

“It looks like the stadiums are very far away from the fan area … so they need to be closer to the stadiums,” the 39-year-old Romanian said during his visit to the tournament’s Fan Zone.

The country’s first-ever metro rail system was opened to the public in May, while additional lines and stations were opened weeks ago in the run-up to the tournament.

But congestion on the roads is common, especially on the match days.

“I think a lot of people are doubting them, but I think they’ll do a good job,” a Doha resident from South Africa told Al Jazeera.

“I’ve been here for six years, and in these six years, I’ve seen drastic changes and they are more accommodating and it’s more tourist-friendly now as well,” she said.

The 12,000-seater Jassim Bin Hamad Stadium was filled only to half capacity for the first three matches this week.

While only a few thousand fans from the United Kingdom and Brazil bought tickets to attend the Club World Cup, a lot more are expected to come in 2022.

Besides hotels, apartments and fan villages, two cruise ships with a combined capacity of 4,000 cabins will act as floating hotels to accommodate the visiting fans.

“For the World Cup, it’s a lot of people. Usually, it’s [hosted by] a big country with 10 different cities,” said Mike McGuiness, a football fan from the United States, who was in attendance for Saturday’s matches.

“This is just one [major] city, so I don’t understand how they’re going to house all the people,” the 50-year-old, who was visiting Doha on holiday from San Francisco, told Al Jazeera.

But he said he will be back in three years’ time for his eighth World Cup.

While drinking is not allowed inside stadiums, fans can have alcohol at different boutique hotels and the Fan Zone at Doha Sports Park, where the matches are being screened.

“The biggest issue is finding the balance between the Western fans looking for a certain culture of party and the local culture of Qatar,” Lisa Nassi, a 41-year-old Canadian and Doha resident, told Al Jazeera.

“That’s going to be their biggest challenge.”