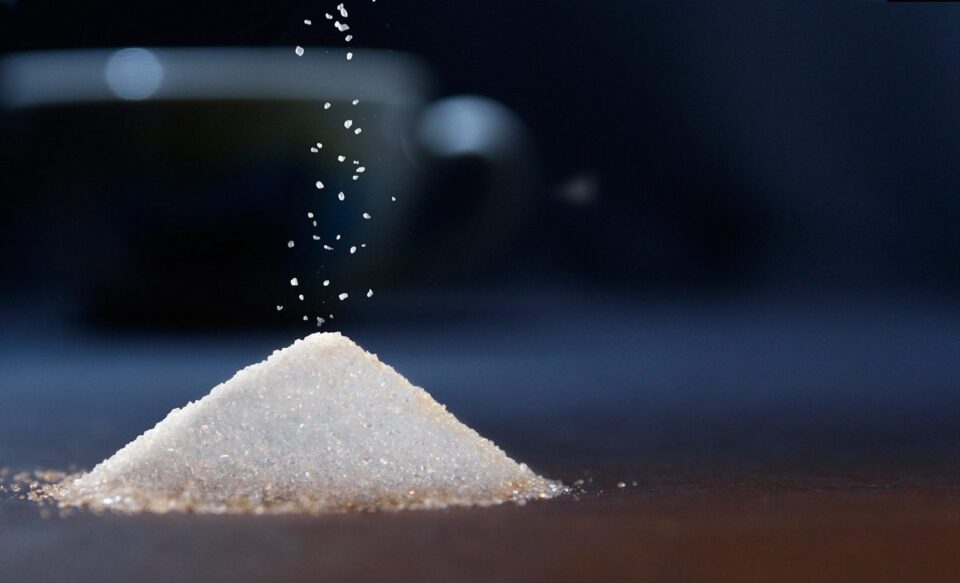 Some of the latest research sheds light not only on how bad sugar is for weight gain, diabetes, and dental health, but also for our livers.

Click here for Part one of our series: ‘How an obscure sugar lobbying group helped start global health crisis’.

That overconsumption of sugar can lead to dental cavities, obesity, diabetes, chronic inflammation and a host of other health complications is not exactly breaking news. There are thousands of published studies and trials on the subject. In fact, the World Health Organization’s (WHO’s) 2015 guideline on sugar consumption was compiled in part after a “systematic review of the effect of intake of free sugars on body weight [that] included 30 of the 7,895 [randomised controlled trials] and 38 of the 9,445 cohort studies initially identified as meeting the inclusion criteria”.

As mentioned in part one of our series, the WHO guideline “strongly recommends” the reduction of “free sugars” to 10% of one’s daily nutrient intake, amounting to approximately 50g. It also suggests a further reduction to 5%, roughly 25g (six teaspoons), which is less than what one might find in a 100g serving of breakfast cereals such Coco Pops Fills and Bokomo’s Crème Soda Otees, which respectively offer up 28.9g and 38.6g of sugar per 100g serving.

One of the more recent additions to this growing body of research on the effects of sugar on the body is a study focusing on the harmful effects of an arguably moderate amount of daily sugar intake on one of the most crucial human organs, the liver. Researchers from the University of Zurich and the University Hospital Zurich published a study in March 2021, outlining their findings from a trial conducted on 94 subjects, who were given sugar-sweetened beverages over seven weeks.

These were mainly young men, averaging 22.7 years old, with an average weight of 71.5kg and a body mass index of 21.8.  None were identified as big consumers of sugar-sweetened beverages before the study, that is, more than 60g a day; and none had fatty-liver issues. The study described them as “healthy lean men”. For four weeks before the study, which also had a control group that was not given added sugar, all subjects abstained from drinking sugar-sweetened beverages.

Then they were split into four groups, one of which was the control group which would continue to abstain for the next seven weeks, while the other three consumed drinks sweetened with fructose, sucrose, and glucose respectively, in addition to their usual diet.

“The body recognises food in three forms: carbohydrates, which are broken down into glucose; amino acids, which is your protein; and the fatty acids, which are your fats – those are the only three forms the body breaks down the food into from a macronutrient point of view,” says Mariam Forgan, a registered dietitian who works alongside an endocrinologist in the therapeutic management and reversal of lifestyle-related chronic conditions, such as metabolic syndrome, obesity, insulin resistance, diabetes and hypertension.

“The body actually uses glucose as its primary source of fuel to function,” she explains.

Both glucose and fructose are defined as simple sugars; they are made of a single sugar molecule. As the body’s main source of energy, glucose can be found in a variety of foods, from pasta to grain breads to legumes to vegetables and some fruit. Fructose is primarily found in fruits, and some vegetables such as corn. In fact, high fructose corn syrup is one of the most ubiquitous sweeteners when it comes to processed foods and soft drinks. Sucrose, on the other hand, is made up of both fructose and glucose. A common example of sucrose is what we know as table sugar.

“It’s not that sugar in itself is bad. It’s the overconsumption; it’s the carbohydrate load in foods; it’s the hidden sugars in foods,” says Forgan.

“For example, if you were to just eat a fruit like an apple, it takes time, then the body has to digest it. However, when you drink one cup of apple juice, [it has] roughly about six squeezed apples. You’d be drinking six apples’ worth of sugar at once.

“Fruit in itself is not bad, but it can be bad for you in excess, and that’s why we’ve got our general guidelines which recommend that you should eat five servings of vegetables and fruits a day. And out of that five they typically say three should be veggies, and two fruits as a rough sort of guideline.”

She explains that not all fruits are equal, be it in size or sugar content: “There are some fruits that are higher in sugar, like your grapes, pineapple, mango, and melons. Then there are your fruits which have the least amount of sugar, [such as] green apples as opposed to red apples, slightly under-ripe bananas, blueberries, gooseberries, kiwifruit, apricot; fruits that are slightly tart.”

Too much of a good thing? ‘Healthy lean men’ on sugar

Bar the 24 subjects who made up the abstaining control group, each of the remaining 70 men in the abovementioned study drank sugar-sweetened beverages three times a day, totalling about 80g of sugar each, just 30g more than the WHO guideline recommendation. For comparison, a 330ml can of Coke (not sugar-free Coke Zero or Diet Coke) has 39g of sugar, and an equal amount of fruit juice such as Liqui Fruit’s red grape flavour has 41g. Just one of either makes up approximately 80% of the “strongly recommended” daily sugar intake, never mind the many other hidden sugars one might come across on an average day’s eating and drinking. Two 330ml servings of either of those as well as many other drinks on supermarket shelves and fridges, equates to what the test subjects drank during the study.

Unsurprisingly, there was an increase in weight and body fat percentage across all three groups. However, according to the study, “This increase was only significant for the glucose [sugar-sweetened beverage] intervention.” As for sucrose and fructose, even though the weight gain was not as significant as for straightforward glucose, their effect on the liver was far worse. Both doubled the fat production in the liver in comparison to the glucose group and the control group, and this continued up to 12 hours after consumption.

“Fructose in particular takes on a completely different metabolic pathway to glucose, and a majority of it gets stored in the liver; and because your liver is responsible for cholesterol synthesis, if you have a fatty liver, you can also create high cholesterol and then of course, diabetes and metabolic syndrome, which includes obesity, etc,” says Forgan.

While it might seem like a simple solution to just cut down on sugar, besides the fact that there is an abundance of foods with hidden sugars, from fruit beverages to savoury spices to breads to just about everything you might find on that last supermarket aisle while queuing for the cashier, there is also the question of sugar addiction, which keeps us going back even though we know how harmful sugar can be to our bodies when consumed over the WHO’s recommended amount.

“It’s a secondary addiction to a primary emotional addiction. You have to ask yourself, what emotion am I addicted to?” says Forga’

How can one become a newspaper columnist?